by jan22 7 months ago in mental health
Report Story 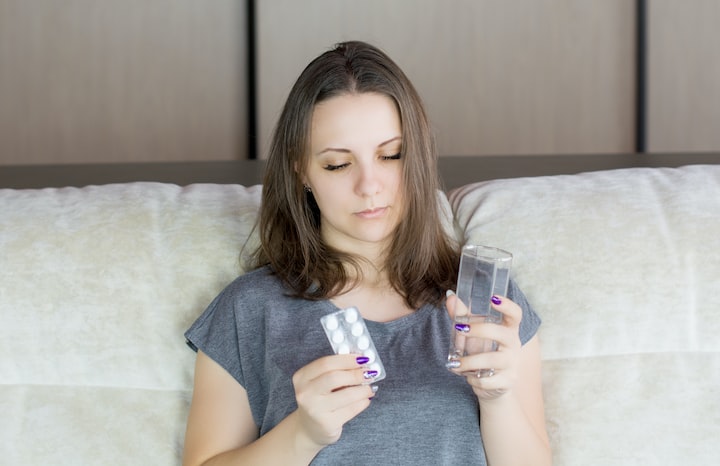 Here’s what it looks like in people with ADHD and some strategies you can use to regain control of your emotions.

What Is Emotional Dysregulation?

Emotional dysregulation is an impaired ability to control your emotional response, leading to extreme or overblown reactions that don’t really fit the situation. Some of the key signs and symptoms include:

Emotional reactions that seem out of sync with their cause

Difficulty calming down, even if you’re aware that you’re overreacting

Low tolerance for frustration or annoyance

Temperamental or prone to sudden outbursts

Feeling completely overwhelmed by your emotions

Difficulty refocusing your attention away from the emotion

It feels very “all or nothing” or “zero to 100” for me. Any negative trigger, ranging from finding out the grocery store is sold out of my preferred brand of bread to being turned down for a dream job, results in almost the same level of overwhelming disappointment.

It’s often hard to see past the emotion and get perspective: Is this thing really as important as I feel like it is? What’s a more rational response to this situation?

It’s even harder to move past it and convince my brain to focus on something else. The second my partner sets the salt shaker on the counter instead of putting it back by the spice rack, that’s all I can think about until it’s resolved.

For one of the least talked about aspects of ADHD, emotional dysregulation can also be the most disruptive.

At work, the ability to moderate your emotional response is a huge advantage in customer-facing positions as well as any role where you’re expected to work with a team. If you’re the “hypersensitive” or “temperamental” coworker, it can make your work life stressful and harm your ability to advance in your career.

In personal relationships, minor pet peeves (like the sound of chewing or the fact that your partner loads the dishwasher differently than you) can lead to explosive reactions that make your friends and loved ones feel like they have to walk on eggshells around you.

Psychologically, it can also lead to a lot of self-doubt and uncertainty surrounding your feelings. If your overreactions and impulses have burned you in the past, it can be hard to trust any of your emotions, even those more in line with the situation.

Why Is Emotional Dysregulation So Common in ADHD?

The science we have so far shows two main causes of emotional dysregulation in the ADHD brain: an overactive amygdala and an underactive frontal cortex.2

The amygdala is the part of the brain that triggers emotional responses so an overactive one is liable to trigger emotions that are stronger than they should be. Meanwhile, the frontal cortex is responsible for filtering and inhibiting those emotions so that you can react to a situation in a more adaptive and beneficial manner—like learning to hide your frustration and remain polite with an annoying customer to avoid escalating the situation into one that’s potentially even more frustrating.

If that cortex is underactive, it’s not inhibiting those emotional reactions as well as it could be. When you combine that with an amygdala that’s already generating emotions that are stronger than they need to be, it's a recipe for impulsive behavior, explosive tempers, and hypersensitivity.

While science has shed some light on the parts of the brain responsible for emotional dysregulation, researchers still aren’t quite sure what part of the process is disrupted.

A meta-analysis of 77 studies on emotional regulation in children with ADHD found that they had little problem recognizing emotions in themselves and others (the first two dimensions) and that those skills improved with age on par with children and young adults without ADHD.3

Where people with ADHD struggled the most was in emotional reactivity, which makes sense when you consider that an overactive amygdala is generating intense feelings that might exceed their emotional threshold more often than a normally functioning amygdala.

They also struggled with the fourth and fifth dimensions of emotional regulation: calming themselves down and intentionally changing their mood.

How to Boost Your Emotional Regulation Skills

The neurological processes that seem to come naturally to those without ADHD may not work as well in an ADHD brain, but you can develop alternatives that function similarly and work with your brain with time and practice. Here are a few strategies you can try.

Step Back and Name Your Emotions

While people with ADHD don’t usually struggle with recognizing emotions, taking a break to acknowledge the feeling can be a first step toward regaining control. Before reacting or making any decision, do the following:

Leave the situation. Go for a walk outside; go to the bathroom; get a glass of water, and stand in the backyard. If someone else is involved, say you need a few minutes to catch your breath and process.

Identify all the bodily signs of your emotions. Is your heart racing? Is it hard to breathe? Are you sweating?

Name the feeling. Anger? Shame? Sadness? Try to describe it as clearly and specifically as you can.

Because emotions can feel so overwhelming, and people with ADHD usually find challenges with calming down or talking themselves into a better mood, this exercise is a good compromise that can help dial down the intensity without relying on regulation skills you might not have.

It can help you detach a bit by putting you into the mode of analyzing the feeling rather than just being flooded by it.

For me, it often feels like the only way out is through. I can’t stop feeling an emotion, but I can see it through to the end without letting it do damage. To do that, I’ll usually write it out in a journal: explaining the situation, what triggered the emotion, what I’m feeling, and what my impulse or gut response is.

The process makes me feel like I’m expressing or acting on the feeling (which is what my brain wants to do) but in a way that won’t have long-term consequences. Then, once it feels less urgent, I can start thinking more clearly about an appropriate response.

Exercise Instead of React

The intensity of the emotion can give you this overwhelming urge to act, even if the rational part of your brain knows the emotion is wildly out of sync with the situation. Sometimes, you can channel that urge to take action into harmless exercise.

For me, high-intensity exercises work the best (usually running as fast as I can) because it feels like the intensity of the activity matches the intensity of the emotion. But any physical movement can help, even if it’s just going for a walk or shooting hoops at a nearby basketball court.

Listen to Music (or Play an Instrument)

Studies confirm that people with ADHD experience improved moods after listening to music just like people without ADHD.4

You may struggle to intentionally change your mood on your own but music can help jumpstart the process. Make a playlist (or a few) with your favorite songs and listen to it whenever you’re struggling with an intense emotion.

What works in one situation might not work for another. If you’re at work, for example, you might not be able to just clock out and go for a spontaneous run around the block when a customer is getting on your nerves.

Prepare yourself for different situations by writing down a list of healthy coping mechanisms for a range of scenarios so that you have a quick reference to choose from whenever you find yourself suddenly flooded with emotion.

More stories from jan22 and writers in Longevity and other communities.