by Billingsgate 2 months ago in pop culture

Language is an ever-evolving ball of lingual energy hurtling around the earth, ping-ponging from mouth to mouth. Words are discovered; words are spread. A subset of the older generation come along, grumbling as they berate some of these new words. A subset of the younger generation overuse some of these new words and further ruffle the grey feathers of those who came before.

And the cycle repeats. 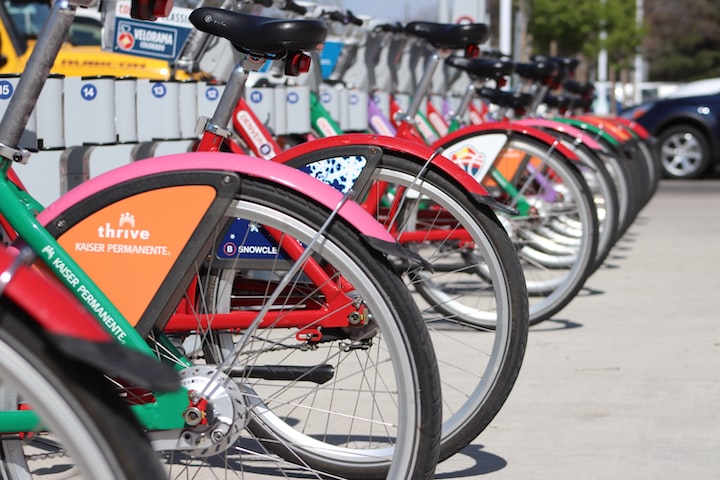 By Ankush Minda on Unsplash

The young grow old, tired, sick, and fed-up. The stereotypical get-off-my-lawn type. A stereotype for a reason. There's truth to it. Not everyone succumbs to this fate, but plenty do. And those that do are those that have forgotten what it was like to be young, to want to buck the traditions of the past, to enjoy something fresh, different, unlike anything born from a history they were never a part of. To make their own history.

I will likely be there one day—the stereotypical get-off-my-lawn type. Not completely, but partly, unfortunately. Already I see myself unfairly questioning things I do not understand that have come to life from the generation under me. Especially these new words. I see two paths before me, two kinds of the wrinkled old man I could be. I'm doing my best to veer myself away from hate of the unknown and towards an open mind, the better kind of old wrinkled man.

But it's not the ageing geezer stereotype I'm really here to discuss. And no, it's not the how-do-you-do-fellow-kids type. This is a different type of person. When that ball of lingual energy goes from person to person, a special part of language is created and absorbs its way into the ball. A special little part widely used, widely condemned.

See, there are plenty of reasons vulgar words are censored. Sometimes it's because the setting you're in does not allow it, whether it's network television or a specific internet forum. So you can't use those words without violating a rule. Hence the bleep or the asterisk. Perfectly fine. Sometimes it's to protect the children, which I suppose is perfectly fine too. Though in my experience as a child, I'd just, in my head, say the curse that was being bleeped or read the curse tarnished by an asterisk because I knew what they meant. If I didn't, I could just Google it (yes, I'm not that old). Most of the time, I'd heard far worse in school-life. It wasn't saving me. It was just...there.

What we're talking about here is not that. We're talking about a person in a setting that allows it. There are others in that same setting who use profanity freely, so their censoring will save no poor children out there. This type of person, we'll create one of our own. Let's call him Dude. Now Dude is rather great I'd like to imagine. An incredibly beautiful stache that twirls and curls just right, muscular fingers for typing his days away without a sign of sweat or fatigue, and a booty that pops in beach shorts. Seems alright. We've got to set him up now with the perfect partner.

Boom. An internet forum for showing off how damn good your booty looks in beach shorts. Dude, internet forum. Internet forum, Dude. They've met and it's love at first sight. If they weren't entirely different entities, the Kama Sutra text would've been perfect for this encounter. Dude put his fingers to the keys or touchscreen or whatever gizmo is out there that he prefers to use. We'll say keys. Our Dude loves the feel of the physical keys of a traditional keyboard.

So Dude types. And types. And types some more. It is not a quote; it is an original thought. He hits the enter key. Dude's done it! He's introduced himself to a group of like-minded people with like-minded booties. It's going well. But some of these people don't have a filter. They utter words that might make one of weak disposition stutter. He reads and reads and enjoys the banter, has himself a laugh, cracks open a beer to wind down for the day after a busy day, and so on.

The conversation continues. Booty-esteem is through the roof in this forum. Dude would like to contribute more. So Dude types. And types. And types some more. It is not a quote; it is an original thought. He hits the enter key. Dude's done it! A comment. This time he's decided to add in some colourful language to this comment. With a...

What's perplexing about this move Dude has taken is that he's censored something in a setting where there is no need for it to be censored. Why'd he do it? Well, that's where I'm lost.

If he wasn't a fan of swearing, why use a swear in the first place? Censoring it doesn't change the meaning or context of the word. It's still swearing.

Save the children? On a forum where men show off their booties in beach shorts and others do not censor their words? If a child ever managed to come across this internet forum, that asterisk implemented by that one user, our very own Dude, would have achieved effectively nothing.

To keep everyone else from knowing what it is? They're adults. They know what f*ck means. They don't read it bleeped. They see f*ck, they read fuck.

Uncomfortability? If Dude is uncomfortable using the word, Dude should, well, not use the word.

It's a very minor thing, and I'm being pedantic, and I'm not even sure if it's actually an unpopular opinion. But I see it defended countless times. Every time I encounter this self-censoring in the wild I'm always sitting there for a second just wondering...why? If its use is not prohibited in the setting you're in, and the censoring is not for comedic effect, and you just want to swear, just fucking swear.

pop culture
Billingsgate
Read next: How To Make Your Own Natural Toothpaste In Times Of Desperate Need. (Vegan)
Billingsgate

Just some guy. And stuff.

See all posts by Billingsgate →

Me vs the World
7 days ago

How do I check if a company is registered in the UK?

The world is more linked and opens up a whole network of services and goods than ever before. Where do you verify that any firm that offers you to do business is the real deal?