What Is Guy Culture and How to Disrupt It

by Evelyn Starr 2 years ago in fact or fiction

To achieve fairness in the workplace—and the world—we need to talk about guy culture and how to disrupt it.

Many people—men and women—hear the word "feminism" and scream, ridicule, and run away. It has been made out to be a bad word; a trigger word. The story of feminism gets twisted into "women hate men" and "women complain for no reason" instead of what it really is: Women want the same respect that men have.

Either people refuse to see that there are major issues concerning how men treat women, or they just go with it because that's how it's always been. Well, we're not going to do that anymore. We're going to talk openly and honestly about guy culture and how to disrupt it.

What is guy culture? 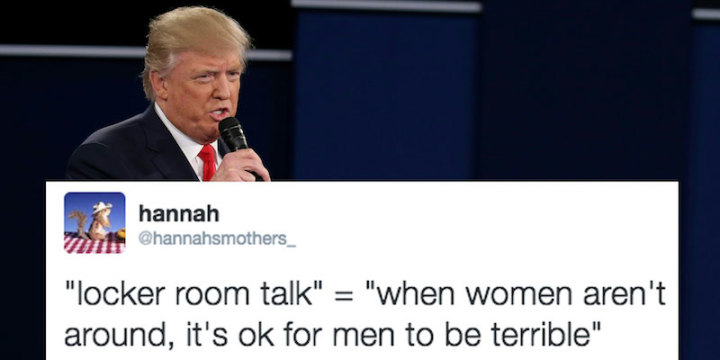 In a nutshell, guy culture is all of human history. It is the dominating male attitude that drives and influences our world; the idea that in all spheres, men have the control and free reign to act as they please, regardless of the feelings of others. We have seen this in war, in politics, and in cultures across the world.

What are the signs of a prevailing guy culture?

Guy culture may be hard to pick up on because it is so normalized in the work environment. But as a woman, have you ever felt like your voice doesn't get heard in a male-dominated discussion? Does your great idea fall on deaf ears only to be parroted by your male coworker who gets a gold star for it? These are types of micro-aggressions that perpetuate the overall notion in the work culture that men have the primary authority.

Next time you experience any one of these scenarios, think about guy culture and how to disrupt it.

How does our use of language reinforce guy culture?

In college, you probably heard sexually adventurous women being called "sluts," while their male counterparts were hoisted up as "players." This is another example of the same action being treated and perceived differently because of the sex of the person involved.

You've also probably heard the phrases "playing like a girl" and "real men don't cry." Both of these phrases are examples of guy culture in our language, and it clearly doesn't just affect women. Guy culture and how to disrupt it is a topic that both sexes need to take seriously, because it can be mutually beneficial.

The way we talk and the words we use have so much more significance than most people think. This video does an incredible job of showing the language that is used to describe men and women in the workplace, and how much of an impact word choice makes in creating a positive or negative image.

Are you feeling belittled?

Guy culture puts a man's power above a woman's power; it legitimizes a man's work more than a woman's work. If you and your male coworker have the same job title, have you ever felt like your contributions resonate less than his? Perhaps they do.

Sure, women can be insecure. Women can also be emotional—but that doesn't mean that their perceptions are wrong. What they observe in terms of how they're being treated in their work environment should be taken seriously. Why? Because men can be insecure and emotional, too.

Even if he doesn't realize it, a man might be belittling his female coworker. Really, that's what a lot of guy culture is: A subconscious set of behaviors that put women down and raise men up.

Does your voice carry the same weight as your male peers' voices?

In order to understand guy culture and how to disrupt it, you need to figure out what your place is in your work environment. Are you being heard? Are you being taken seriously? Are your opinions worth the same as your male coworkers' opinions?

Fortunately, a lot of women feel comfortable answering in the affirmative to those questions. Unfortunately, there are still many women who don't. In order to disrupt guy culture, you need to figure out a way to make yourself heard, regardless of if the men around you want to listen or not.

Is there still a culture of sexual harassment in the workplace?

It only takes one passing glance at the news headlines to understand that yes, sexual harassment in the workplace still happens. Lately we've been seeing countless accusations of sexual assault in entertainment and in politics, but by no means are those the only two sectors of the working world that are affected.

How do we disrupt guy culture?

Guy culture is not just a guy issue. Women have a huge part to play in guy culture and how to disrupt it. If women who experience the scenarios we have described thus far say nothing, they are accepting and perpetuating the culture.

The most important thing to do is also usually the hardest thing to do: Say something. We've seen it in the constantly developing story of Harvey Weinstein and his victims. Dozens of women in Hollywood are coming out of the woodwork to finally admit that they were sexually assaulted by him. The reason this media frenzy has just started to happen recently is that before now, people were scared to speak up. But even if saying it out loud is hard, it will be worth it.

We have to point out when a guy is pushing guy culture on us because they might not be aware of what they're doing or why what they're saying is wrong.

Why should we disrupt guy culture?

Even if a cultural mindset has prevailed for time immemorial, it can still be changed. Women don't deserve to feel smaller than their male peers. Women don't deserve to be treated like they're less intelligent or less capable. When we think about guy culture and how to disrupt it, we think about leveling the playing field, which will make it easier for people to collaborate. And positive collaboration is what makes the world better—for everyone.

fact or fiction
Evelyn Starr
Read next: Why Denny's Is the Perfect Starter Job for a Cook
Evelyn Starr

Is a practicing Wiccan who applies her spiritualism to real life situations and advice, but also dabbles in dark fantasy. She lives in Oregon and spends most of her time casting spells in the woods.

See all posts by Evelyn Starr →