Should I Just Give In and Join TikTok?

by Jackson Ford 2 months ago in literature
Report Story

It's where my readers are... 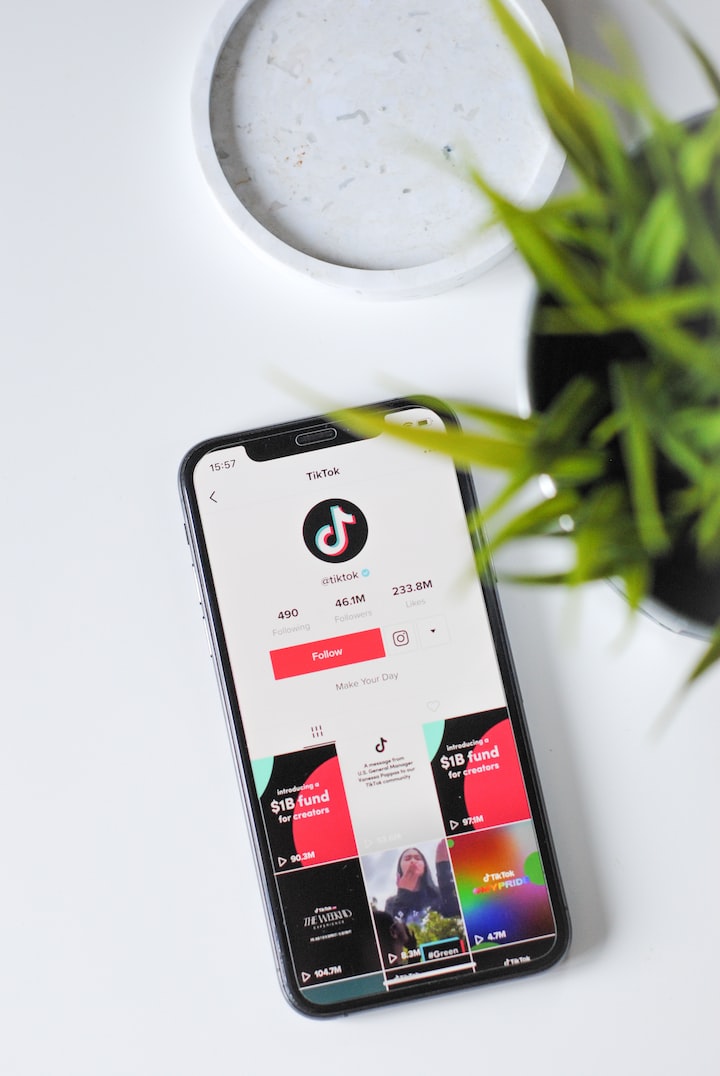 In 2022, those spaces are going to be on social media—even more so since the pandemic stopped authors like me from going to cons and events for a while. And for a long time, those spaces (for me at least) have been Instagram and Twitter. I have never had a big crowd on Facebook, thank God, which meant I had zero regret deleting my account there.

But you can already tell where this is going, right? Instagram is a spiralling mess of copycat features and confused identity. Twitter is a hellscape, haemorrhaging users. TikTok is where it's at. And specifically, the part of it known as #BookTok, where readers and reviewers gush about the books they love.

No-brainer right? I need to join up. I need to be where my readers are. I have no qualms about ditching Twitter and Insta. I'll miss them, and I'll miss the friends I've made there, but I don't have to delete my accounts. I can just move my social activities over to the 'Tok.

But I don't want to.

Look: by using any social network in the 21st century, you're giving away your data. No question there. The service is free, but you are the product. We've all accepted that, as loathsome as it might be. I have long come to terms with letting some of my data go to Twitter and Instagram's servers, because the payoff—getting to interact with readers—has been worth it for me.

TikTok is different. Twitter and Instagram, to the best of my knowledge, don't really share data with the US government. This isn't to say they are paragons of virtue—they are absolutely not, and corporations can certainly be malicious fuckers if they so choose, which they frequently do.

But they are almost never as malicious, even on their worst days, as the Chinese government.

A short explanation. TikTok is owned by the Chinese company ByteDance. No big deal, right? Except: if you think that the Chinese government, an entity with a clear and stated desire to control its citizens absolutely, with multiple human rights violations to its name, isn't nose-deep-ass-up in TikTok's servers, like a snuffling pig at a slurry trough, you need your head examined.

To be clear, this hasn't been proven. Multiple publications have investigated TikTok, and while it's clear the app siphons a staggering amount of data from anyone who uses it, there are no concrete links to prove that Xi Jinping and his psychotic regime does this. But I think you would have to be completely crazy to say that there is not, at the very least, a distinct possibility.

Maybe I'm reaching here, but downloading and using an app that gives a company operating under one of the world's nastiest authoritarian governments access to my data—including my voice and facial profile—isn't a good idea.

And when a company engages in a giant PR move to separate itself from the Chinese government, following multiple Western nations declaring its app a security risk, that's a pretty big red flag, no?

Which brings things back to me and my humble books.

I don't mean to criticise my readers here. If you use TikTok, and you've decided you're OK with handing over your data, that's fine! If you know the risk, and you're willing to accept it, then go for it. There's no judgement here. I'm grateful that you're talking about my books, and indeed any books, in the forum of your choosing.

But how far am I willing to go to be where my readers are?

Am I willing to knowingly assist a horrific authoritarian regime with their goal of controlling everyone and everything, using the data I—and millions like me—give them?

Because this is different to signing up for Twitter and Instagram. Perhaps I'm naive, but there is at least some expectation that if a government wants the data those companies hold on me, they will at the very least need a warrant.

I don't for a moment believe the Chinese government gives the tiniest fuck. They'll just take it all, as and when they want it, and use it to build gigantic databases that allow them to do whatever they want.

Right now, my choice is simple. Participate in an app that I know to be actively dangerous...or risk sliding into irrelevance.

I hope readers will stick with me regardless of where I appear online. I work very hard to make that happen. But these are the things that keep me up at three in the morning.

Well, that, and my dog deciding to loudly tell us that a squirrel jumped out of a tree two blocks over. Not even the Chinese government can stop that from happening.

More stories from Jackson Ford and writers in Journal and other communities.