Q: Wanna give a writer feedback? 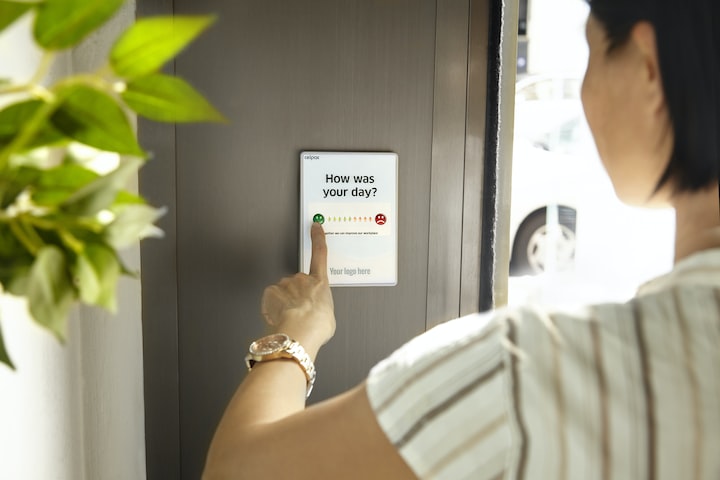 Photo by Celpax on Unsplash

We writers are like delicate flowers or fragile snowflakes. We don’t take criticism well. Or at least, personally speaking, I don’t. Even if it’s given kindly, it feels like a knife to the heart. Especially if the person starts with something like, I really loved your story but…”

But. That but is the twist of the knife.

And this is how it feels (for me anyway). And that is with feedback that I’ve asked for or that I’m expecting from friends and beta readers. So if it’s unsolicited feedback? Or as I like to think of it as: “feedback”? Then the knife becomes an arrow being shot at me, over and over and over until I’m skewered with a bunch of arrows like...well, something that you skewer.

There are a few unspoken rules in the writing world, and one of them is about feedback. And the main thing you need to keep in mind with this rule is that it is really very simple and it boils down to this, effectively:

Do you want to give a writer feedback? Yes.

And what should the little angel on your shoulder say to you before you do? Most of the time you should listen to the good angel and not the little devil, so it will be a variation on don’t. Or No. Or no way Jose.

It’s like one of those maze-like flow charts that you see about whether or not you should ask a certain question or do a certain thing, and most of the answers lead to, most of the time, NO, and only a few of them lead to yes.

Do you want to give a writer feedback? Yes.

Are you a beta reader? No ➡ then the answer is Don’t. You haven’t been permitted.

Yes ➡ Are you their beta reader? No ➡ you have no business giving feedback

Yes ➡ then yes, you can give them feedback

Are you a close friend or family member? No ➡ Don’t. Simple as that. That’s all that needs to be said.

Yes ➡ then maybe. But only if they ask. Otherwise ➡Don’t.

Have you asked the writer if they want feedback? No ➡ most definitely do not. Unsolicited feedback is never, EVER appropriate, even if you think you are being helpful. Because most of the time you are being ‘helpful’, which isn’t helpful at all, and more rude than anything.

Yes ➡ then, yes, it’s perfectly fine to give feedback

Have they asked to be contacted (i.e. private messaged) with feedback? No ➡ Don’t. Never message them with your ‘helpful’ advice out of the blue. They will most likely take offence and not be super open to any words of wisdom you might want to offer them. Messaging anyone out of the blue is quite rude, and a bit of an invasion of privacy.

Yes ➡ they might not want to have feedback given on their stories out in the open on social media so might prefer a more private approach. Even with something as minor as noticing a typo in their story. So always ask first and say, “Is it okay if I private message you re: your latest story?” and if they say no, please listen to them. If you don’t, again, it’s rude and goes against internet/social media etiquette.

Yes ➡ then critique away! (but still with a gentle, soft touch. Being too critical can tear a writer to shreds. It is possible to give feedback in a way that doesn’t make the writer want to toss their laptop in the garbage or burn their notebook and pen).

Do you know what kind of feedback they are looking for? No ➡ then don’t offer any. Don’t just offer feedback willy nilly if they haven’t specified. Unless they have clearly said they want general feedback.

Yes ➡ then please offer feedback but only on what they’re looking for. If they’re wanting you to point out typos, then do that. If they’re wanting some ideas on character development, then you can do that. But only offer what they are asking for. Don’t point out typos as asked, but then say “Your main character is a bit of a douche, you might want to make them less douchey in this way…”

I think that covers most of the bases. The bottom line is, you have to tread carefully in the minefield of giving writers feedback on their writing. If you go about it the right way, feedback can be very beneficial and help the writer to learn and grow.

But if you go about it the wrong way and take one wrong step in the minefield - BOOM! You could destroy not only the writer’s self-confidence in their craft, but also their opinion of you, and they will most likely steer clear of you in the future.

So what is the rule of thumb to remember if you want to give feedback?

If you do anything else, you’ll most likely be seen as a pariah.

(*and before anyone gives me “feedback”, I purposely wrote the title with the word ‘wanna’. )