How To Become MERN/MEAN Stack Web Developer in 2021

by Aesthetic Writer 2 years ago in how to
Report Story

This is the complete guide of how to become a full stack developer and earn yourself a living. 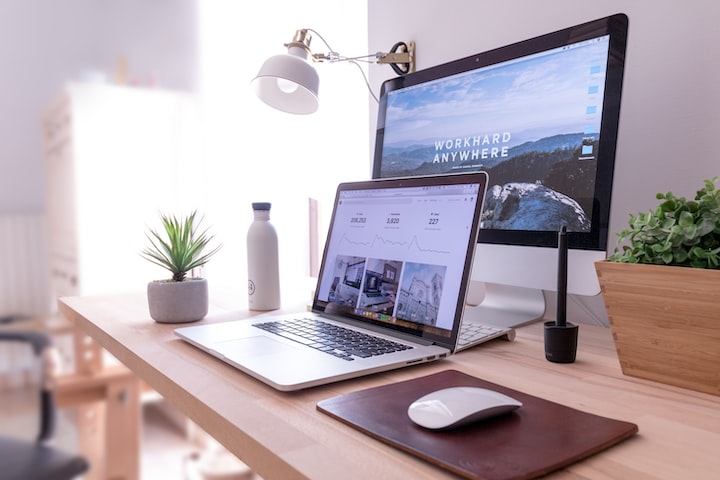 Photo by Domenico Loia on Unsplash

The most important thing to have in 2021 is a good skill set. Along with the ability to either create or correct stuff. So let’ talk about one of the most booming industry even after what happened last year, Web Development.

To be honest, it is the best time to become a Web Developer as everyone is getting on the internet faster than ever. And they will require a good website to showcase their product or service and that's where the role of a website developer comes in.

What is a full-stack developer?

If a person is good in both back-end and front-end of website development he/she is known as a full-stack developer. And as you can imagine, it is the most demanded skill set in the industry as someone is more likely to hire a person who is good in both front-end and back-end rather than be good in either one.

The 2 most popular types of full-stack developers are M.E.R.N Stack and M.E.A.N Stack Developer. Both these stacks are the same with just one major difference in the stack list. MERN consists of MongoDB, ExpressJS, ReactJS and NodeJS while MEAN uses AngularJS instead of ReactJS and that defines MEAN and MERN Stack, developers.

Which one is better you may ask? The simple answer to that is, both. Yeah, it doesn’t matter which stack you pick what matters is that how good are you at the one that you choose.

The majority of technology used in these stacks are frameworks of JavaScript. Then, learning JS should be the first step. In my opinion, the best way to learn any tech is to do projects related to it. Also, before learning any framework it is a good practice to learn what it is based on i.e JavaScript itself in this case.

The following is a JS Crash Course for you to get started. Note that I am assuming that you do have basic knowledge in HTML and CSS

After getting the basic knowledge of JavaScript please do create some projects on it. Use the following video for your advantage.

The next step is to hone your MongoDB, ExpressJS, React/Angular, NodeJS. You have two options, either take crash courses of each technology or directly do MERN/MEAN Stack Projects and add them to your resume. I would really prefer it if you just watched a single video for each of the technology in your preferred stack.

Depending on which stack you choose either of the videos should get you started and then you can go ahead and apply for jobs right ahead.

This video is of freeCodeCamp, a really well-known platform among coders. The channel I would suggest you follow if you choose MERN is Traversy Media a very nice channel headed by Brad Traversy which makes really easy to understand and digest videos to make the concept clear in your head. You should really watch his MERN Stack Project he made after you complete this video.

Although MERN is overtaking the popularity which MEAN had over the years as React is becoming more popular amongst developer than Angular there's still a lot of demand for this skill in the industry. To be honest, I haven't come across a lot of MEAN Stack content in recent years but you will still found some really good MEAN Stack content on the internet, especially for free if you search YouTube properly. The following video is one such attempt.

The above-shown method is the most simple and practical way to become a Web Developer in 2021. But let's be honest, Web Development is a deep ocean and what I covered in this article is just a mere fraction of it. There's a brilliant video by Brad Traversy on Roadmap to Web Development 2021 which I would highly recommend you to watch to get a better understanding of the diversity of this world.

Hope you really liked the article and if you did share it with your friends might benefit them.

We are a group of highly motivated individuals who want to share our thoughts and knowledge with the World.

More stories from Aesthetic Writer and writers in Journal and other communities.