by Daniel Goldman about a year ago in science
Report Story

A stupid phrase spoken by people who don’t understand anthropology. 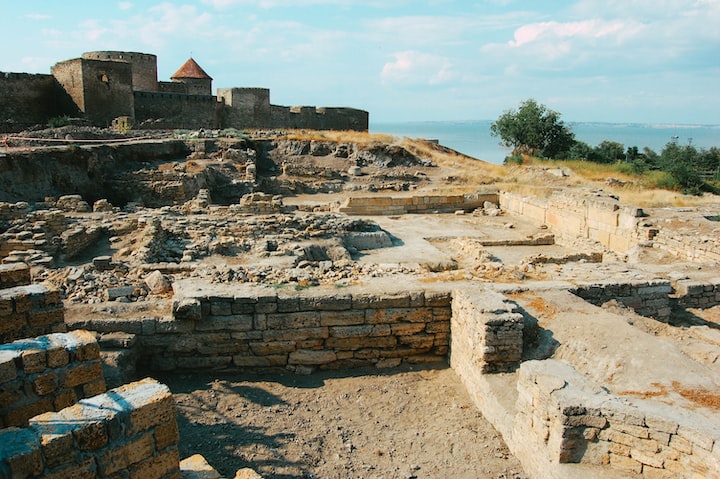 Photo by Nika Benedictova on Unsplash

In my case, it’s even been used to disregard my position on various matters. Clearly people don’t understand what anthropology is. Anthropology is fairly unlike most other fields, in its scope and integration. And as a result, one might find an anthropologist that has something important to add to almost every conversation.

The Nature of Anthropology

Anthropology is a fairly new area of study, as a unified field. And it didn’t start off in a very dignified way. A lot of early anthropologists were armchair scholars, and many early archaeologists were little more than over-glorified grave robbers. Many early anthropologists had a rather negative view of tribal cultures, and saw them as inferior and little more than curiosities. Perhaps it’s for this reason that anthropologists aren’t given more respect. And yet, today anthropology has flourished into one of the most important areas of study, at least for those interested in understanding humans and improving the human condition.

Depending on who is counting, there are either four or five sub-fields of anthropology. The four core fields are biological anthropology, cultural anthropology, linguistic anthropology, archaeology. More recently, a fifth subfield called “applied anthropology” has been added. I’m not a huge fan of separating these fields, and the separation between them, as is often the case with fields of research, is fairly arbitrary. The core idea behind anthropology is that it is a holistic study of humanity.

Anthropology may also get a bad reputation because it is so difficult to label it in broader categories. Anthropology is heavily vested in science, and there’s a lot of scientific inquiry in anthropology. There’s also a lot of cataloging, as anthropologists keep track of every detail about humanity and present. Philosophical musing on humanity, analysis and curation of art, and many other topics also fall under the umbrella of anthropology.

An Anthropologist for Every Question

The list areas in which anthropologists work and for which they can provide insight is nearly endless. Any question relating to humanity is essentially an anthropological question, and generally falls into one of the four subfields of anthropology. And the skill set and knowledge base that anthropologists bring to the table is nothing short of a treasure chest for those who need these questions answered. It’s not just because of what anthropologists study either. It’s also how because of how they study it. While most academics, regardless of field, have their own narrow pet focuses, anthropologists still rely upon a wide range of understanding, as the field is naturally holistic and integrative.

It’s for this reason that a fifth subfield of anthropology has emerged. It’s called “applied anthropology” and it’s basically where anthropologists are hired by corporations, public health institutions and other NGOs, and other entities to utilize their skills in order to help the entity understand their stakeholders. Having an anthropologist on board can mean the difference between a project failing and it succeeding.

More and more, businesses are operating across borders. It’s hard enough to get a solid understanding of a customer base, or potential partner, when everyone lives within the same area and holds to roughly the same norms and values. When a business operates within another country, they can be ill equipped to handle the cultural differences, and projects can fail. Applied anthropologists are often hired to mitigate any potential conflicts, and ensure that members of both cultures are able to interact successfully.

Another good example might be a government project to build a well in order to bring water to a group of people in a third world nation. Certainly geologists are needed in order to figure out where a well can be built. Engineers are important as well. Why would an anthropologist be of any use in building a well? Simply put, a well is only useful to a group of people if they are willing to use it. There have been cases where projects were built on land that was believed to be tainted or cursed, and those projects ended up being a complete waste of money and resources. An anthropologist can recognize problems that might arise between the desired outcome of a project and the cultural perceptions relating to that project.

While people ask questions about a lot of different topics, being humans ourselves, a lot of the questions that we have are directly or indirectly related to humanity. As a result, anthropology is a cornerstone of academic, corporate, and personal inquiry. So while anthropology didn’t have the most prestigious beginnings, it’s almost humorous how some people look down on anthropology today, when it would be hard for the world to function without us.

This piece was originally published in The Spiritual Anthropologist Blog.