Why LGBT+ People Shouldn't Have to Come Out

by Tone Breistrand 4 months ago in lgbtq

You don't owe anything to anyone 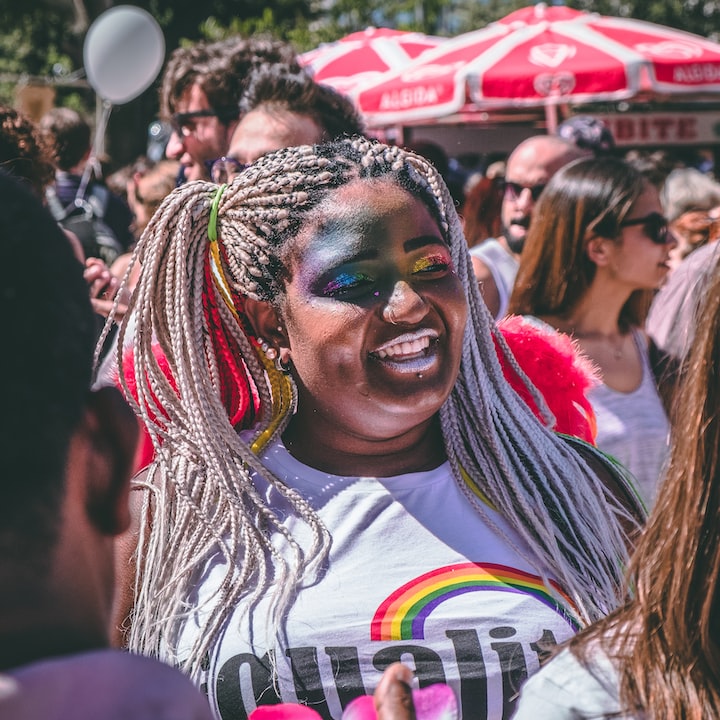 It annoys me a lot that members of the LGBT+ community often are assumed straight or cis until they tell people otherwise. That they're expected to come out to inform people of their identity. It's almost like a ritual of validating themselves as regular human beings.

Don't get me wrong, I'm sure a lot of people find it easier to do things such as a coming out post or video to let as many people as possible know, and if it's right for you, go ahead. But I'm sick of the notion that being cis and straight are our assumed defaults, and that you have to actively let people know that this is not the case for you. I've never seen straight or cis people come out. Why not? Because their assumed identity is accurate. They don't need to correct how people view them, because they fit the "norm". We urgently need to get rid of the belief that straight is normal and gay is "special". No one was born to be or is supposed to be straight. Being LGBT+ doesn't make you different or out of the ordinary. We're all just humans.

Personally I wish there wasn't such a big focus on people's sexuality or gender identity. It doesn't affect anyone else, so really it's no one's business but your own. There shouldn't be any pressure about proving sexuality or gender identity, or any expectations that people need to live up to. Again, if coming out is something that's helpful for you personally, of course, feel free to do so. I just hope you're coming out for yourself, and not for others. I don't like the general expectation for people to come out as otherwise they're not "officially" LGBT+.

Having the social expectation to reveal your identity makes it seem like we are totally separate and that there's a split between straight and gay. It doesn't make us different as people, we just might not love or be attracted to people in the same way. I also think our society requiring people to disclose their sexuality or gender identity makes it seem like that's when they get their approval stamp and officially become gay or trans. Not coming out, conforming to stereotypes or expectations and not putting a label on yourself doesn't invalidate who you are.

As straight people aren't expected to come out, this is a clear difference in the treatment of LGBT+ people. It's not uncommon to be gay, and you certainly should never assume someone's sexuality either way. What is the purpose of coming out anyway? Why is it necessary? You don't need anyone's permission to be who you are, so why does it need to be made into a big announcement? It's simply not about anyone else, it's about you. You don't need anyone's recognition or approval of your sexuality or gender identity. You don't need to prove yourself, or live up to what people expect from you. If your identity doesn't line up with their stereotypes, that's on them.

It's time we all stop assuming stuff about people. It's not fair to expect or demand for someone to come out to you, and it doesn't really serve a purpose, and could possibly make LGBT+ people feel alienated. Do your best to embrace diversity and make the world around you a safe space for people of all genders and sexualities.