Who Is The Head Of The Family?

by Mickey Castillo 4 months ago in advice
Report Story

An important aspect that influences the whole life of each member 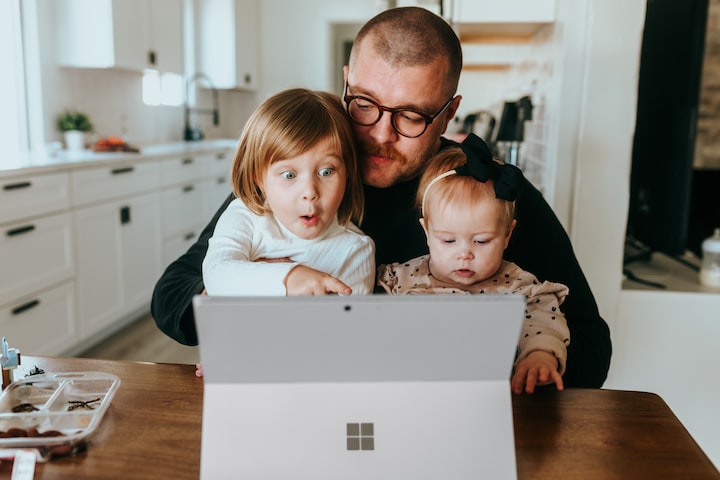 Who is the boss in a family is an important aspect that influences the whole life of each member? Thus, the sociologist A. Berge states that "the family is a kind of collective personality whose general harmony influences the harmony of each of the parties." What does this mean? It would be preferable not for a partner to be the boss, but for each of them to assume the leadership according to his competence in certain aspects of family life.

The conjugal roles are marked by the natural-biological relations of the couple and by the complexity and depth of the spiritual-psychological ones. Thus, it can be assumed that it is natural for a woman to take the lead when it comes to decisions about raising children - because she gave birth and the husband to play a more prominent role in making economic decisions (for example) because he is more active professionally.

In the traditional society, there was no question of who is the boss in a family and unfortunately, this model is still found - the authoritarian type, dominated by the man (who knows two forms: absolute and moderate) even today.

Unfortunately, in egalitarian families, both partners are more satisfied because they share their tasks and both enjoy both family and professional satisfaction. In the authoritarian model, the father-husband governs the economic side of the family, and the mother-wife holds the monopoly of the emotional-emotional side.

Depending on who is the boss in a family, different classifications have been made by sociologists and psychologists, classifications that define the role behaviors within the couple:

Regardless of who is the boss in a family, the couple's relationship has special importance in shaping the personality of both partners. The partner's behavior is often the component that shapes the other's evolution, social, professional, or emotional achievement.

If it is a woman with high professional aspirations, the partner is the one who can support her or who can be an obstacle. Before 1989 in Romania, equality between husband and wife was misunderstood: the woman had to remain a woman - mother, wife, housewife. Social relations were predominantly male.

We find the same situation today in the case of many women dominated by their partners. Understanding and equality - as much as possible - within the couple is essential in forming an identity, a strong, coherent, balanced personality.

Today, however, who is the boss in a family is a question with many answers. Thus, we can meet the complete opposite case: the man is dominated by the woman, who assumes traditional male roles, makes all the decisions, and is led by professional aspirations, leaving his partner to take care of the domestic roles.

This reversal of roles in the couple is as unhealthy for the couple as male domination. It is even more dangerous because, as has been said, the division of conjugal roles must take into account the natural-biological laws. And it is unnatural for a man to take care of raising children, while his wife is away at work. But it is happening more and more often, as requests for paternity leave are on the rise.

The idea is that the partners of a healthy couple do not have to worry about who is the boss in a family. They must not be in a power struggle, because not having power in a couple makes a man happy.

The partners must cooperate, make all major decisions together - whether it is the household, the children, or their professions - and especially to act together, to share their roles as natural and balanced as possible in their common life.

Specifically, no one should be the head of the family, the couple should be a harmonious communion, a "collective personality" to lead their life together. It doesn't matter if the man earns more money, it doesn't give him the right to make his own decisions - or he shouldn't.

It doesn't matter if the woman has the main role in raising the child, it does not give her the right to make decisions about her education alone - or she should not give him the right! Who is the boss should be a useless question, because there should be no boss in family relations?

Marriages in which partners are satisfied and united through joint activities have been called by specialists "vital marriages", a particularly suggestive expression.

Because it is vital for the partners and for the personal development of each of them to have a balanced and frustrated couple from the constant power struggle!

More stories from Mickey Castillo and writers in Humans and other communities.