The Fall of Roe v Wade 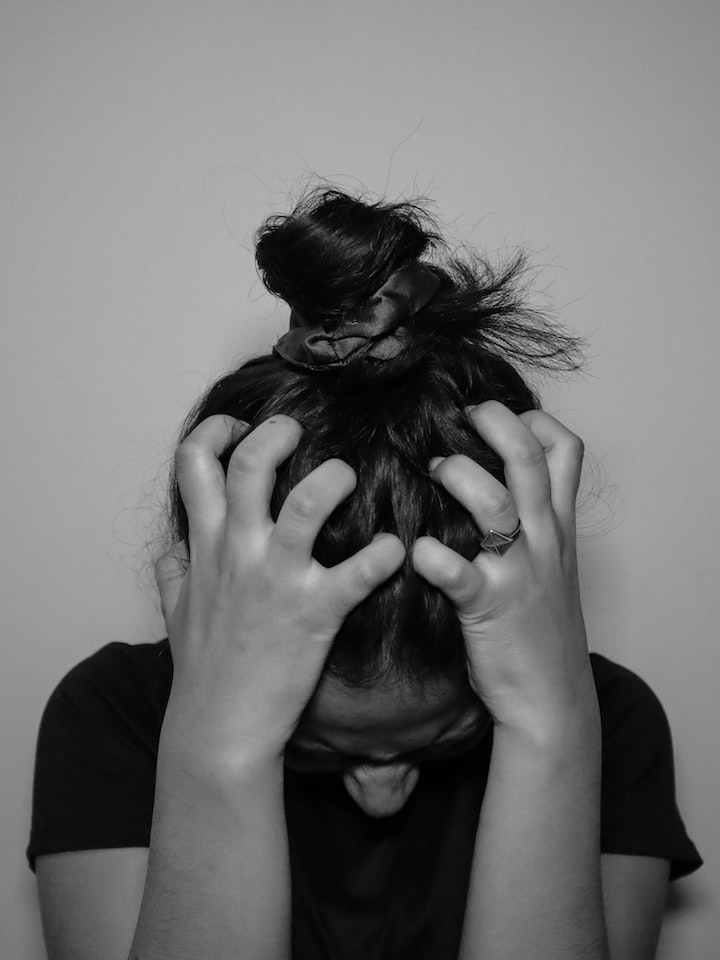 Photo by Simran Sood on Unsplash

As Carl R. Rogers said, "what is most personal is most universal."

I have that quote posted by my writing desk, and I don't think I could call myself a writer with my whole chest if I neglected to share my thoughts on the most personal subject matter about which I have felt compelled to write.

I think I had this idea in my head that if I ever wrote about current events or politics, I would make the contents as professional and poignant as possible. But while politics is professional, its effects are not. It affects real people, and real people get overwhelmed and can't always write with a silver tongue, especially when they are on edge.

I have left this piece as unrefined and raw as I felt while putting pen to paper. I didn't want to over-edit and gloss over the how gawky this grief is, especially when it is likely collective.

I figured that if the fall of Roe v Wade made me feel small and scared and scattered, I could not possibly be alone.

I am heartbroken to know I am not alone.

It’s been hours since I heard the news, and I still have not managed to find the words.

I’ve been talking and reading for hours and still… nothing. Even as I type these very words, I know they are neither sufficient nor adequate. They aren’t helpful or reassuring. They may be entirely pointless at this juncture.

As someone whose life revolves around words, I am deeply uncomfortable with drawing a blank, or at least feeling as though words no longer serve a purpose.

My normally bold and brazen voice sounds frail today. That little whirring engine in my head that spits out retorts and counterarguments and advice is perfectly still, collecting dust. It seems even my fury itself is intermittently leaving to take a moment of silence and leaving me numb in the process.

I have nothing to offer here... but saying nothing at all feels foreign and wrong.

Waking up with less rights than you had the previous night is wrong.

Upheaving the work of our mothers and grandmothers is wrong.

Forcing the life of one while denying the rights of another is wrong.

I don’t want my friends’ kids to be raised like this...

I don’t want to sing my friend's four-month-old to sleep knowing that she has less rights now than I did when I was her age. That she has inherited a war that I thought had been won long ago. That in certain matters - the ones that arguably matter most - her choice has become irrelevant. That her voice has become irrelevant. That the words she will spend the first decade of her life learning will inevitably fall on deaf ears.

I feel immense grief and inimitable rage at the idea of that little girl growing up and finding this to be the world she lives in, a world where the sanctity of life and bringing it into this world has been turned upside down.

I want to be perfectly clear and state my own beliefs this one time, as it is not my personal beliefs that are even up for discussion on a day like this: I don’t believe I would ever terminate a pregnancy of mine. I have wanted to be a mother for as long as I can remember. I have wanted to nurture and nourish. I have wanted all those sacred, blessed aspects of motherhood that take as much as they reward. The backbreaking and heartbreaking labor of it. I have wanted to go on the spiritual journey it takes to raise a human being, whether that life begins in my body or elsewhere. I have always revered the idea of motherhood as an act of my own will.

To have that will decided on my behalf is revolting and foul.

It disgusts me that if a pregnancy occurred in an unbearable situation, whatever that may be, I would not be granted the choice to save my child over myself. It would be no sacrifice performed out of true love. It would be no feat of mine to attempt to carry a pregnancy to term even if advised otherwise. It would be a duty void of heroics and dignity. It would be mandated that I give my last breath for someone who has not yet taken theirs.

It would be law.

Reading that out loud sounds dramatic in my own ears. And, of course, it isn't true everywhere. But it is unfortunately true in too many places and is one of the tamer examples of how this decision will impact our lives, and it is one that also neglects to include the reality that many women do not share my sentiments; they have every right not to.

They will continue to have that right and many other human rights, whether they are deemed legal or not by the state legislature. Neither in the simplest nor in the most complicated circumstances does the hand of the government belong in a pregnancy, wanted or otherwise. It does not belong in the reproductive health of women, men, or anyone who identifies as in between or completely outside of that binary. We must remember that this decision impacts everyone, and that it will disproportionately impact those I am unable to do justice in speaking for as a woman of my color, my sexuality, and my class.

Regardless of any of those qualifiers, I will carefully assume that we likely all felt the same rotation of emotions on this day. Anger, devastation, fear, emptiness, weariness, and grief. Hopefully most of us have also felt a moment of peace and calm in between the chaos, whether that be with our morning coffee or with a stupid TikTok of a puppy dressed like a bumblebee.

Amid all these emotions, there is one word that has floated in and out of my head all day - dare.

How dare this court.

How dare they rip this out from under us. How dare they look at a sonogram and point to it, telling a patient that the collection of cells inside of their body is more important than their entire being. How dare they barge into what I once believed to be private appointments to assert their own personal beliefs. How dare they tell a woman what is best for her. For her livelihood. For her health, both physical and otherwise. For her soul.

How dare they declare victory on a day like this.

How dare they look at their daughters, elated to have taken away their right to choose the direction and meaning of their lives.

How dare they celebrate the triumph of life over death as they spit on the lives of those already here. Those asking for help. Those begging for that which they thought had been guaranteed.

How dare they, indeed.

It isn’t even a question.

I do not ask how, because I know how.

They do it happily.

They do it eagerly.

They do it because they are blind to the inhumanity of their actions.

They do not see us as anything other than something to be tamed.

Then again, how dare they see us as anything less.

Those words - how dare they - are everything.

Asking yourself how they dare inflict this on you and your loved ones means you see what this is for exactly what it is - a challenge.

It’s a test of a line drawn in sand, and it’s a call to have it written in stone.

How dare they is an encouraging statement when you see it not as a question but as a demand.

It is everything we need.

It is reassuring, uplifting, affirming, and resounding.

It means you know your rights.

It means that you see that a line was crossed.

It means that you understand that something was stolen from you.

It means you know all is not lost.

It means you know you must take action, someway and somehow.

It means you have learned that truth is not enough.

In a world that glorifies dare, I fear that - once again - we are left with no choice.

More stories from Marisa Ayers and writers in Humans and other communities.