The workplace "apparatus" after the leadership of the 5 small actions, indicating that you are disliked.

Am I being disliked by my immediate supervisor 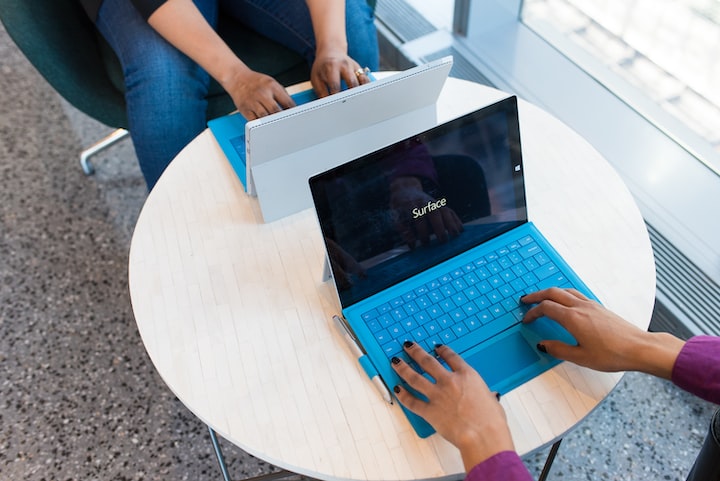 After a two-line reporting exercise

Am I being disliked by my immediate supervisor?

Lately, Eden has been wondering: does my boss seem to dislike me? He is always ignoring me and often assigns work directly to his subordinates without me.

Eden is the head of a department in a medical chain. He considers himself to be a good businessman and a good team leader. In any case, he has a proven track record in both areas.

He soon found a problem: these two people often disagreed, putting Eden in a difficult position. He thought and worked hard, only to find that the results were not always to the satisfaction of his immediate supervisors.

There was a subtle change in the way the dean treated him. When he used to greet the dean in the corridor, he would be greeted by a pat on the shoulder and asked about the progress of his work, but now when he greeted him, the dean would respond with an expressionless "hmm".

On several occasions, he saw the dean bypass him and give work assignments directly to his subordinates, something he had not done before.

He was anxious, wondering if he was being paranoid, if the dean didn't like him anymore, and what to do next.

5 signs of being disliked by your leader

Have you been hit?

It is not difficult to determine whether the leader dislikes you, there are usually 5 signals.

1. Drying up the fish

If the leader used to think highly of you, but now he is particularly cold to you, and there are no unexpected accidents in his family, then most likely your work performance is not recognized by the leader, and now the leader is "hung out to dry".

Why don't you just say so and leave a person hanging? Because the Chinese have always been subtle in their expressions, not to mention that some things are more subtle and can only be understood but not spoken.

The second sign of being disliked by the leader is the sudden reduction of workload. Don't think that more money and less work is a good thing, if there is no valid reason, it means that the leader no longer trusts you as much as before. He thinks you'll make fewer mistakes by doing less work, so he's reducing your workload to see what happens.

If it's not to your liking after that, you're probably not far from being dismissed.

What does important work mean to you? A voice in the workplace! Not only does it give you access to a steady stream of workplace resources, but it is also the foundation on which you can build your career.

If the leader has cut off the foundation of your career, it is obvious that he dislikes you to death.

If you are a middle-level cadre, like Eden, the leader directly interfered with the work of subordinates, which is actually due to disliking you and causing a crisis of confidence.

Your subordinates are the foundation of your management, and the leader directly interferes with their work, in fact, he no longer trusts you, so to secretly ostracize you, you lose real power.

But where you arrange the work, the subordinates just say: "X total has ordered" or "X total entrusted us to do so", which is enough to make you speechless.

There is a sentence in the 36th chapter of "The Official Field: A Book of Modern Appearances": "Even if there are a thousand more masters, they are not as good as two supervisors and one weaver: this is called 'promotion in the dark."

The aim is to get you to leave on your initiative through a secret squeeze. Is this not enough to show that you are disliked by the leader?

Why are you disliked by the leader? The reasons are many. There are times when it is true that you have to get out because of an adjustment in the interests or power pattern.

But very often, it is because we have not satisfied the leader in comprehending his meaning or in carrying out the tasks he has given us.

To put it bluntly, you are just not used as well as you should be.

The probability is that the leader's style will not change radically because of his subordinates. Therefore, the most important thing is for the subordinate to make self-adjustment and good upward management so that he or she can become a person who satisfies and trusts the leader.

Managing upwards is a very important skill. Rosena Bordeski of General Electric, who worked as an assistant to CEO Jack Welch for 14 years, wrote a book about her experience of working with her boss called Upward Management: The Wisdom of Being a Deputy. In the book, she introduced the concept of "managing up".

In her view, managing up requires resources, and the power to allocate resources is in the hands of your boss/leader, so you need to manage up when you need to get the resources to do your job.

But in reality, you don't have the power to manage your boss or leader. So, the upward management referred to here is essentially a form of influence. By using your influence to influence those who can allocate resources to you.

So how exactly do you do this? I have summarized 3 points.

Eden's biggest problem was communication. When he found that there was a difference of opinion between the head office and the branch dean, he always "guessed" and made up his mind, instead of taking the initiative to communicate with the head office.

He could have communicated with the dean first. For example: "Dean X, I have an idea I would like to talk to you about, is it convenient?"

"The medical aesthetic additions you mentioned before, it just so happens that General Manager X at headquarters also mentioned this matter. I have made two options, they each have advantages and disadvantages, respectively ...... I prefer the first one, because ...... you see which one we choose is good?"

The dual reporting lines, although one is imaginary (headquarters) and one is solid (branch), they also overlap.

For example, for the business line to which Eden belongs, the headquarters' focus is on how well the branches across the country are doing on Project A. Equivalent to A1+A2+A3 ......

The focus of the branch is how well the different categories of projects are being carried out in the region. Equivalent to A2+B2+C2 ......

where A2 is where the overlap is. Therefore, it is important to take the initiative to communicate upwards, to draw up topics for communication in advance, and to prepare solutions at the same time if the problem is raised.

2、Understand what the leader cares about

Eden was very negligent on this point. After the previous director left due to cost overruns, the branch director took over.

In his first year in post, he also exceeded costs, so he was criticized by senior management at the annual head office meeting. He was now thinking about cost control and Eden was thinking about business expansion and profit generation, which were not on the same level.

But it was the Dean's job to think about profits, and he was not in a position to say anything about it. It's no wonder that he felt that Eden was not a very smart person and that he was not using him well.

So you see, it's very important that you understand the leader's intentions and align yourself with his milestones.

3. Support the leader to strategically make up for shortcomings

The leader also has shortcomings, some of which cannot be remedied overnight, and this becomes a strategic shortcoming that limits his development. If you can help him make up for his shortcomings so that the team can better achieve its goals, then, if you want to do things, the leader will naturally mobilize resources to fully support you to achieve.

In my early years in HR, I had a clear shortcoming. I had a lot of practical experience but did not come from a human resources course, so when I encountered a human resources management consulting project between a group company and a top domestic consulting firm, I felt the obvious pressure.

Especially when it comes to getting the project off the ground, you need to have both theoretical roots and practical experience. Fortunately, I had a strong assistant.

She is a graduate of a 985 university, with both her undergraduate and master's degrees in human resources, and gives very professional advice on optimizing and improving projects and implementing them on the ground.

I was the team manager and she was the business expert, and we worked very well together. I appreciated her and always gave her opportunities.

After I quit my job and started my own business, I recommended her to be the head of the department. The path from ordinary staff to the middle of the group took her only one and a half years.

If a leader can be your leader, he must have something to offer. When you find a signal that the leader dislikes you, it is time to reflect on where you can do better yourself.

Upward management has nothing to do with your rank, and it is not about sliding up the ladder.