The only way to win an argument with your emotions

Most people notice two parts of their conscious mind - the rational top layer, and the emotional underlayer. Of course, psychologists have more technical terms and theories for how our minds work, but for our purposes this simplification will work. 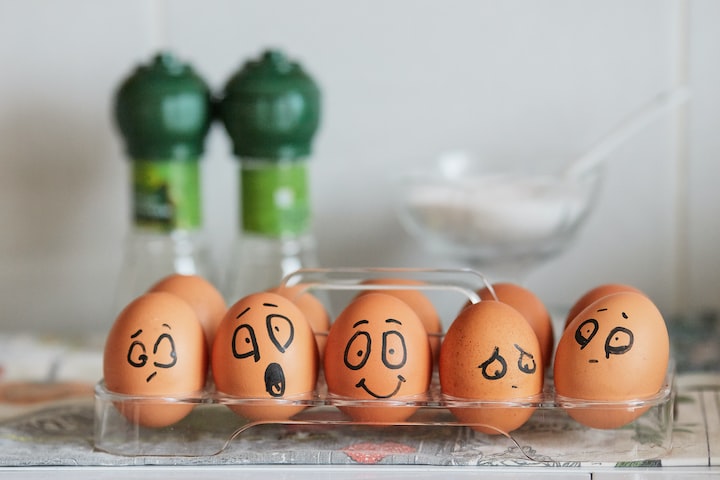 Most people notice two parts of their conscious mind - the rational top layer, and the emotional underlayer. Of course, psychologists have more technical terms and theories for how our minds work, but for our purposes this simplification will work.

Some people believe that by becoming perfectly rational, and shedding our emotional layer altogether, we can live better lives. I disagree. It's our emotional layer that makes us human. What's the point of having a good relationship if we are incapable of feeling love, for example.

Even our negative emotions serve a purpose. They tell us that something's wrong. It's feeling lonely that motivates us to make friends.

Emotions are somewhat like physical pain. Physical pain can be a terrible thing, but it is necessary. Without the sharp pain of being burnt, we wouldn't know to lift our hand off a hot stove.

The necessity of pain is apparent to anyone who's suffered nerve damage leading to numb feet. Such people often do terrible damage to their feet, simply because they don't realize what's happening at the time.

The problem with emotions is that - like physical pain - they're a very blunt tool. Someone with chronic back-pain already knows very well that something's wrong. They don't need to be reminded of it every second of the day. And so it is with someone who's feeling miserable. Your emotions think that keeping on at you is the best and only way to motivate you. They don't realize that you've already got the message.

Emotions are also only generally interested in immediate gratification. If they want something changed, they want it changed now!

They don't have the foresight of the rational layer to see that sacrifice now can pay off in the future. And so if you have to do something where the benefits aren't immediately apparent - such as exercise, study, or keep your temper - your emotions don't understand why. To them, the course of action is obvious. They can't see the future, so why bother?

And so your rational layer, which can see the benefits of delayed gratification, often gets into arguments with your emotions. The internal argument may sound something like this:

Rational layer: "I need to finish this assignment for work".

Emotional layer: "I don't feel like doing that now".

Rational layer: "But it has to be done by tomorrow".

Emotional layer: "I've got a headache. We're not doing it now".

Rational layer: "If I don't get this completed, I'll never get that promotion".

Emotional layer: "I hate your job anyway. I don't want to do it now".

...and so on. I'm sure I don't have to provide you with other examples. Everyone has these internal conversations all the time.

In the same way you would treat a spoilt child, simply ignore your emotional layer and get on with what you have to do. Undertake the action the very second you've decided it has to be done.

If you get into the habit of doing this, your emotional layer will realize that you have it beaten and will decrease its attempts to control your short-term behavior. It will never completely leave you alone, but its demands will become less potent.

Act, and you can seize control away from your emotions.