by Courtney Benjamin 22 days ago in single

The Nightmare Of Dating Apps 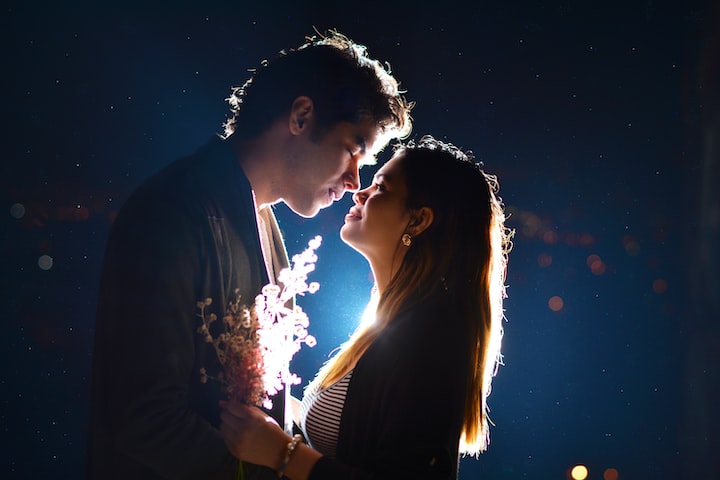 Photo by Jarin Dominguez on Unsplash

In today's technology, there is not one person man or woman who has not fallen victim to the lure of dating apps it is inevitable in this day and age and widely more acceptable, but what is really the story behind the people you meet on these apps, being a woman I am going to touch on the points of the 'boys' I've met on said apps, and I do use the term boys because a lot of them have really not grown up. And when I say met, I mean made the mistakes of swiping on, because the reality is most of the guys do not really want to meet you in person, I swear they want a harem of girls they can fall back on just in case. I know that probably does not make a lot of sense but in all seriousness, I ended up chatting with several boys, via the different apps we all know them Tinder, Bumble, etc.

I ended a 13-year relationship and after a few months decided I was sick of being lonely, after being out of the dating game for so long, and not really knowing where to even begin I to fell victim to the lure of dating apps, simply because I lost a lot of friends during my relationship, and was not really one to dwell in bars or clubs, the few girlfriends I did have were all in relationships so it was me, myself and I. It wasn't long before the lure of these apps became troublesome and tedious all the boys on it seemed to possess the same qualities, and although there were a few variations the tone was all the same, asking for provocative photos, making no effort to get to know anything about your personality or even basic likes or dislikes. I still do not particularly understand the point of being on a dating app if you have no intention of actually going on a date, but I guess to each his own. So let's talk about some of the personality types you meet on these apps. My all-time favorite is the one who claims he just got out of a relationship so he's not looking for anything serious and then says that could change "if I met the right girl." Ok Ladies, we have seriously heard that line at least a few times from guys that we either had a crush on, or we have gone on a date with, it is like the goto line for almost every guy in this great big world. Then there is the liar this is the guy who lies about everything, you will seriously never meet him because more than likely he did not even use his real photo, but he lies about his relationship status, his job, his car literally everything. Then there is the guy who tells you what he thinks you want to hear to simply get his wants fulfilled, this guy will most likely ghost you shortly after meeting him so don't fall victim to this one, we all know the saying if it sounds too good to be true, then it probably is. Two particular stories I have to share, one of the boys I spoke to, I actually spoke to him a few days via text and phone calls, he asked me out on a date which I accepted and rearranged my schedule to go on, that date never happened he ghosted me the day prior as well as the day of, I never heard from him again, good riddance. The next boy pretty much the same story except he never tried to make plans with me, he talked about us getting together, and would disappear and then reappear I found he extremely frustrating and annoying, I can't really understand the point of him bothering, he is the one I believe wanted a harem of girls to fall back on. The final guy you have to look out for is what I refer to as the right now guy, he wants to meet you, lord knows what he wants but whatever it is, he wants it now definitely be careful of an overzealous guy, I do not trust them at all, and there is something a little offputting with a guy who feels like everything has to happen immediately.

Now that we've learned the different types let's chat about ghosting, I am sure at one point or another you have been ghosted, sometimes they reappear, sometimes they are never seen again. These types do not just appear on the dating apps you can meet them in everyday life, I know it may seem weird that I would distinguish the two but frankly with my experience the two really are separate, at least guys you met in everyday life you have somewhat of a fighting chance with, the guys on dating apps are an elusive creature that is so unpredictable there is no saying what will happen. needless to say a lot of what I learned on dating apps and the signs to look for I carried that into my everyday life and managed to flush out a lot of toxic men.

Dating apps aren't the only means to meeting guys, I actually met a wonderful man at the local grocery store, I was with him for 7 years, I have also met my last ex through a mutual friend, believe it or not, that is probably the safest way to meet a guy, I mean Giselle met Tom Brady through a blind date her friend set up. I am now married, and happily, in love with a wonderful guy he is a bit younger than me but I actually met him at work, so definitely keep your eyes and options open and try to recognize that dating apps are not all they are cracked up to be or advertised at. If you decide that dating apps are the absolute only way you can meet a man make sure to pay attention to the dating app you use, Tinder and Bumble seem to be specifically designed for booty calls, or a way for married men to cheat on their wives, one site I used a lot of years ago that is still around, and I met legitimate men through it was Okcupid, I also know a friend who had some luck on that site as well, but that site is also designed for networking and meeting friends not just dating.

So good luck out in the dating world and make sure you stay safe.