by Jamie Jackson 17 days ago in social media
Report Story 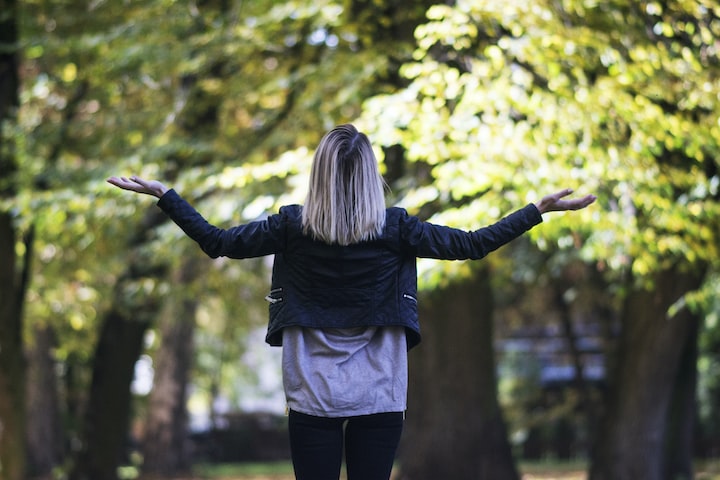 TikTok finally got me.

I deleted all social media off my phone to curb my addictive tendencies, but one-night boredom set in and I downloaded the Chinese-made video app out of curiosity.

In my crack-smoking defence, TikTok is the most creative social media platform out there, by far. Everyone has to make something to join the party, and it’s not a photo of them looking hot on a beach or a politically dubious tweet trying to cancel someone, it’s a video.

TikTok is straight-up creative by default.

I confessed to some friends I was Tiktoking (that’s the verb, right?) and one typically cynical character asked “What’s the point?”

It’s this depressing attitude I butt-up against all the time.

Anyone can ask “What’s the point?” to anything.

This nihilistic “What’s the point?” attitude is everywhere. It’s pervasive, insidious and bullshit.

Cynics will ask this all the time, they demand answers to everything as if life in and of itself has an answer and isn’t just one big guessing game.

The point, you cynical dried-up husk, is that TikTok it’s fun and creative and I enjoy it.

This isn’t an impassioned defence of social media, it’s a defence of living how you want to live in the face of cynics, detractors and critics who are hidden around every corner waiting to pounce out of the darkness and ask “What’s the point?!”

Art Doesn’t Have a Bottom Line

When people find out I do stand-up comedy, non-creative cynical types always ask the same question.

“How much money do you make?”

They want a balance sheet explanation, a bottom line – a financial why – to explain my behaviour, as if performing comedy was a business move or an investment scheme.

These people believe the output of a task is the only way to measure its worth as if doing something because you want to do it isn’t enough.

“What’s the point?” and “How much money do you make?” Demands from logical men and women who can’t rationalise creativity.

A quick reminder: You don’t need to justify anything to anyone.

Cynical f*ckers with bean-counting jobs will never understand the need to create. You and I aren’t better or worse than these people, but we’re different.

Recognise this difference and stop worrying not everyone gets you.

As long as you get you, you’re fine.

F*ck measuring output. Input is where it’s at.

It’s what you put into something that counts. It’s how much the effort will satisfy your soul. It’s the process where the gains are found, not the goal. You don’t paint a picture just to sell it, you don’t write a joke or a song or even a book just to sell it. There are easier ways to make money, trust me.

You do it because you have to. The process is everything.

Explore your illogical and “financially unviable” creative needs against the headwinds of naysayers and cynics.

That’s where the magic lays.

I feel giddy when I think about how some of the greatest works of art nearly didn’t exist; how precariously books, songs, paintings, and films hung in the balance; if the creators listened to the cynics, they wouldn’t have been brought forth into existence.

These works of art emerged against the odds because each time, the artist refused to listen to the world when it asked “What’s the point?”

It will ask this of everything you do that deviates off the well-trodden, socially-approved path. Maybe not loudly, more likely it will come as a whisper, or disguised as concern or advice.

“Are you sure this is the best use of your time?” Or “Will this pay enough?” Or “How stable is this industry?” Or any other logical but soulless question which ignores your creative need.

I know this is hard to hear, especially if you’re poor (I’ve been very, very poor several times and there is no honour in it, poverty straight-up sucks), but there is honour in believing in something no one else can see or hear simply because it’s important to you.

How can someone understand your calling if they refuse to listen to their own?

How can someone understand your courage to pursue art if they’ve never had the courage to do the same?

To them, your passions will seem like madness. Those who were seen dancing were thought to be insane by those who could not hear the music.

“What’s the point?” You’ll be asked this over and over. The point is you’re alive and you’re a goddamn human being with free will, that’s why.

You think therefore you create. And that’s more than a good enough reason.

That’s all the reason you need.

More stories from Jamie Jackson and writers in Humans and other communities.