Scientists Have the Explanation: Why Are We Attracted to Ugly Men

by Nora Huber 5 months ago in advice
Report Story 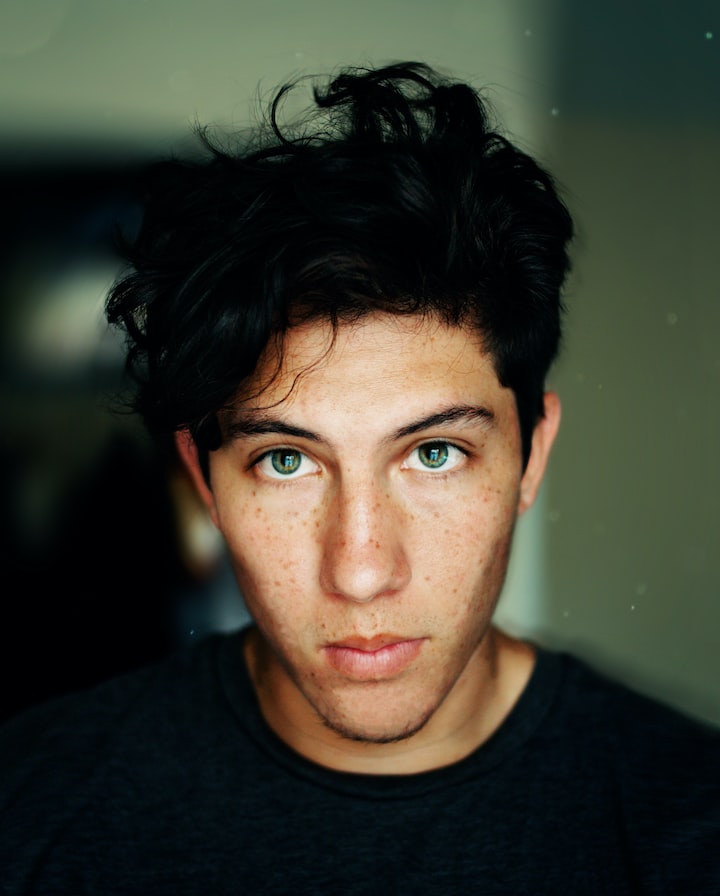 Photo by Erik Lucatero on Unsplash

Not every man has the sexy look of Brad Pitt or the aristocratic charm of George Clooney.

However, some men are revered as true idols, although by standards they do not fit into the list of the most beautiful male representatives.

British journalist Tanith Carey reveals the secret reasons that make women melt in front of men who could be considered even … ugly.

It seems that some scientific studies and surveys confirm that a woman can fall madly in love with a man who does not have perfect features or who has a somewhat unshaven and rough appearance.

It seems that men with smooth faces or those with big beards are considered less attractive than those who simply look … unshaven.

One study involved 351 women, who selected the most attractive man out of 10 pictures of actors presented by researchers. Robert Downey Jr. in his unshaven version was the favorite, compared to other men with smooth or more effeminate faces.

However, men with too big beards are no longer considered attractive. Research published by Dr. Barnaby Dixson of the University of Queensland has shown that a bushy beard is associated in our subconscious with the possibility of hiding parasites, such as lice.

A scar can add sex appeal

One of the sexiest details about the actor Jason Momoa is the one that could be considered, in other circumstances, a defect: the scar on the eyebrow.

Interestingly, women can be attracted to a detail that normally hates the figure. Researchers at the University of Liverpool showed several pictures of figures of men and women and surveyed 220 people, which figure they found more attractive.

Surprisingly, the women found the men who had a scar (not very pronounced) that looked like the result of an accident or a fight the most attractive.

Dr. Rob Buriss of Penn State University points out that a man with a scar is considered by women to be "bold, courageous, and masculine." From the point of view of natural selection, such a man may be perceived unconsciously as a survivor, so a suitable father or head of household, which makes him a preferable partner in the eyes of a woman.

Even if it is not a beauty, a man who gives the feeling of power awakens the secret desires of women. Joaquin Phoenix's recent role in "Joker" has earned him a lot of admiration. Although the actor has an unusual appearance in the film, he exudes a strange force, which can be fascinating for women.

An interesting detail is that men who wear red are designated as attractive by many women, precisely because red is a color associated with power. A study published in the Journal of Experimental Psychology showed that redness causes sexual arousal; Dr. Andrew Eliott, the author of the study, says that this reaction to red is "inscribed" in our genetics.

"Women see men dressed in red as having a higher status, being stronger, having more money or a more important social position," says the researcher.

Some men turn a physical defect into an asset

Men who keep their air confident, conquerors, even if they have a certain defect are highly valued by women. Actor Jason Statham seems to have no problem, although his hair ornament is absent. He is considered a very attractive man and he chose to shave completely, to have a tougher and more interesting look.

Many men start balding around the age of 30. But their look can be even more appealing if they keep their cool and domineering air.

Researchers at the University of Pennsylvania asked several students to rate more photos, depending on how attractive, confident, or dominant the people in those pictures looked.

Hairless men were placed in the top three in all three categories. In general, those men who choose to shave their heads are considered stronger and more imposing.

Researcher Albert Mannes says that men should turn their hair loss into a real physical asset: "Instead of trying all sorts of treatments to get their hair back, a man can improve his well-being and appearance by finishing what he started. Nature, that is, laughing completely in the head ".

This is a tip for single men looking for love. In an Israeli experiment, the dating profiles of several men were presented, specifying whether or not they had pets, and 100 women rated these profiles.

Women were more attracted to men who had puppies or cats than to those without pets. This simple detail mattered, in some cases, more than the physical appearance of the manor gave him an extra charm.

For example, one of the strengths of actor Bradley Cooper is his love for his dogs, which has melted the hearts of many admirers. The actor is indeed considered quite handsome, but his gentle and loving attitude makes him even more attractive. So a man who doesn't have the face of a Hollywood star can make up for it with his character and attitude, impressing a woman more than a handsome but insensitive guy.

Unusual odors can be a sexual stimulant

You may not believe it, but women may be attracted to the most unusual details, such as a man's body odor, such as sweat or … garlic.

Researchers at Stirling University in Scotland and Charles's Charles University asked 42 men to eat garlic and then sample their sweat. Then, 82 women smelled pieces of material with different body odors of men and said which ones they found more attractive or more exciting.

The result was astonishing: the smell of sweat on men who ate garlic seemed very appealing to women. Researchers have concluded that the smell of garlic is associated with better health, so it can stimulate women's senses.

It seems that some actors, such as Viggo Mortensen, the charismatic Aragorn in "The Lord of the Rings", identify so much with the role that they try to "adopt" even the body smells of the character played.

Some colleagues on the set said that Mortensen avoided washing to keep the sweaty smell of the valiant fighter he was playing. For some women, this can be extremely sexy!

The mystery is more important than looks

Women are attracted to men with an appearance of mystery, who seem somewhat inaccessible or unapproachable, but also to those men who do not emphasize their physique but try to impose themselves through other qualities.

Researchers at Oxford University have been analyzing dating and social media profiles for hundreds of men for 10 years. They showed that those men who gave a grade of 5 or 6 to their physical appearance and did not insist much on details related to the look were considered more attractive than those who declared themselves to be grade 10.

Men who seem preoccupied with other things than their image and do not post dozens of selfies on social media are better seen by women, who find them more interesting and self-confident, as research in the journal has shown.

More stories from Nora Huber and writers in Humans and other communities.