How Do You Know From the First Moment You Met Him That He Would Cheat On You!

by Nora Huber 5 months ago in advice
Report Story

14 Signs That Will Make You Realize This Immediately 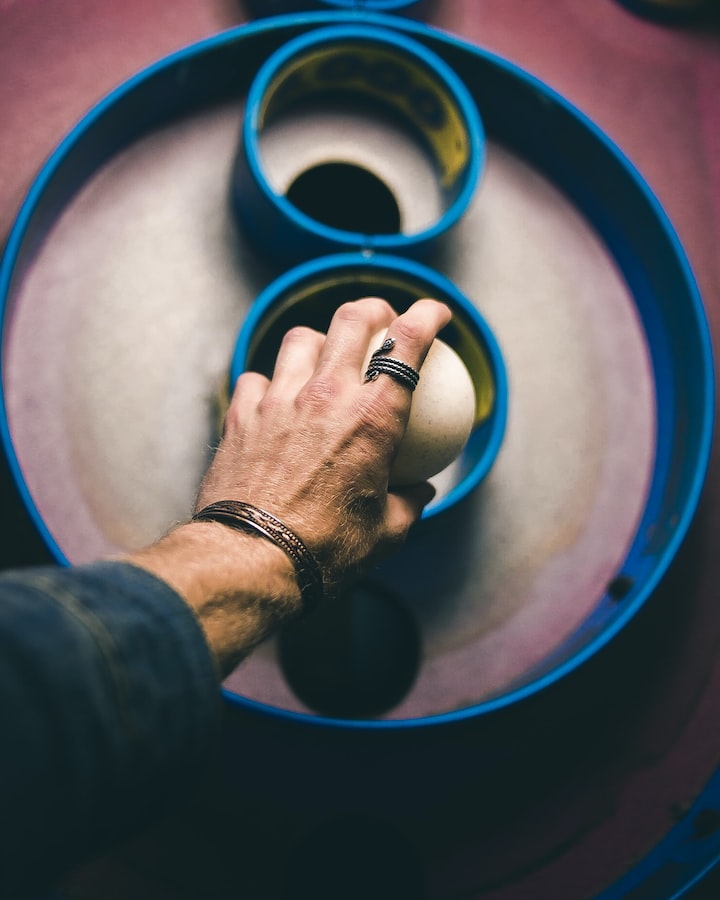 Photo by Gage Walker on Unsplash

Right from the first date, a man can arouse your suspicions about his fidelity. It is enough to be a little more careful and you will realize if he is cheating on you or if he is thinking of another person.

Experts say that over 70% of cheated women have no suspicion that their partner is unfaithful to them. Or maybe they just don't want to know.

Because, if you are a careful observer of a man's behavior, it is impossible to miss the moment when he deceives you, you can even figure out what he is going to do from the stage of intention.

Men give a lot of clues when they cheat. Some are obvious, such as giving up sex, spending large sums of money outside the home, working late every day, or paying close attention to your wardrobe and look.

Others are a little more subtle, like the 14 described below, which you have to follow from the first meeting with a man.

1. He has an exacerbated ego

If your new partner has a narcissistic personality, chances are he's wrong. Such a man considers himself worth everything and is not satisfied with a single relationship. Such men are aggressive in relationships, competitive, and consider love conquests a game they must win.

Men who have no remorse and do not feel guilty even when they have done something wrong are often the first to cheat. Why? Because no emotion can stop them.

3. He is very good at lying

These are not small lies and exaggerations, but lies told for selfish reasons to cover up their deceptions and reprehensible deeds. Such a man feels no guilt when he lies.

4. He is a hunter of passion

Some men are always eager to feel the thrill and excitement of the first moments of love, so they love to always start new relationships.

When a relationship progresses, it usually gets deeper, but that doesn't matter to such a man. He only hunts down the passion of the first dates and gets bored quickly when the relationship becomes serious.

Anyone can tell you that a betrayal of the past has every chance of being repeated in the future. If you are the person who is cheating on someone else, he is not guaranteed to be a saint with you either.

6. Take over the family model

If your new partner comes from a family where your parents were cheating on each other or one of them was unfaithful, the chances of him "putting horns" on you are much higher.

The father is the model of any boy, and he will end up behaving like his father in many ways, including fidelity to the couple.

7. He recently lost his job

This is not a cause for panic and is not always linked to infidelity. But if a man has a very good opinion of him and has just lost his job, he will feel vulnerable about his self-image. To get confirmation of her worth, the chances of her having more love affairs are higher.

8. He hesitates to move in with you or marry you

This is a sign that you may notice that your relationship has progressed. It is one of the most important because it shows that the partner is not willing to be fully involved in the relationship and is looking for ways out, which makes him prone to infidelity.

9. Don't stay around too long

If your boyfriend does everything separately from you, it could be a question mark, especially if you invite him to an activity that you enjoy, for example, watching a movie together or cooking for both of them, and he refuses.

Even if you live in the same house, everyone seems to be on their own. This distancing is a perfect ground for infidelity.

10. He's more careful with you than usual

If you suddenly receive a cascade of flowers, jewelry, or other attention from him, do not rush to rejoice. It could be the way he washes away his sins or distracts you from paying attention to what is going on with him. And when it starts ringing frequently or giving you an avalanche of messages, it's a warning sign.

If he used to love bedroom games and recently appeared in bed dressed as for Antarctica, it is a clear sign that he finds his bodily pleasure elsewhere.

12. Spend more time on the computer

Spending more time on the computer than with you is a worrying sign. You can search his activity history to see if he is accessing dating sites.

Another red flag: you find that he has secret accounts on networks or e-mail addresses that you didn't know anything about. Even if it doesn't necessarily mean he's having an affair, he's sure to keep something hidden from you.

This can be a wake-up call if you notice that he is sending messages all the time and is evasive when you ask him who he is talking to.

He may tell you that he has problems with work, but if you notice that his phone has become completely inaccessible to you, that he is protecting himself with passwords that he does not want to tell you, then it is not excluded to communicate secretly with a woman.

14. Going out more often "with friends"

If your boyfriend is increasingly looking for opportunities to date friends and is often late, it's time to take a closer look at what he's doing.

And if you notice that he has changed his favorite drink with another, for example, a sophisticated cocktail, it may be a sign that he is sharing this new choice with a female person.

More stories from Nora Huber and writers in Humans and other communities.