by Jillian Spiridon about a month ago in fact or fiction 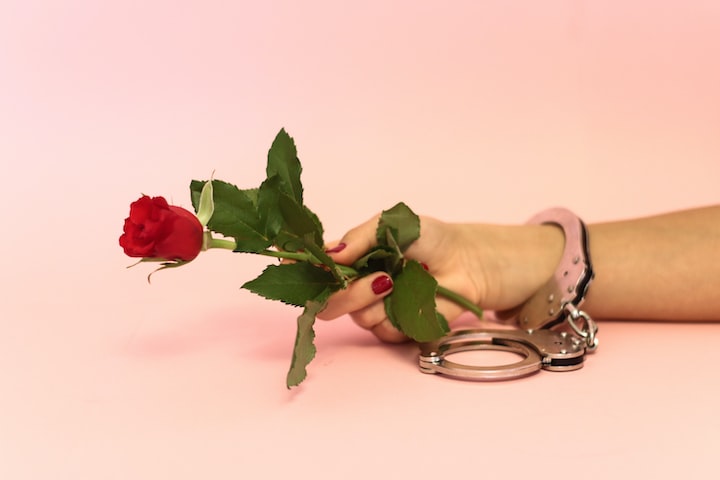 "I can't believe you got backstage passes to meet Allinda Mackay," Dylan's friend said to him the night of the performance called The Greatest Escape Known to Womankind. "Must be nice, your mum working for the theater district."

"Yeah, can't argue with that, but what are you going to say to her?" their other mate asked, waggling his eyebrows. "I mean, she's hot, man."

Dylan didn't think to enlighten them of the nuances—what did he expect from his fellow twenty-somethings?—but it was something to see THE Allinda Mackay, who was still building a name for herself in Britain but was renowned for having been a stunt actor prior to her ventures into escapology. (There was a whole sub-culture to be explored there, but Dylan hadn't gone all the way down that particular rabbit hole.) Thank his lucky stars that his mother did have her ins with the scheduling and promotion of events like these. Dylan may not have been crass like his mates, but Allinda was very pretty, especially with her kohl-lined eyes and sumptuous Cupid's bow mouth...

Yeah, best not to go there. He was going to this show with his mother, for goodness sake. And he wouldn't be another moony-eyed uni-boy going gaga over the rising cult celebrity.

"Dylan, why are you wearing a suit?" his mother asked, peering into his room as he did the finishing flourish to his tie. He watched his own cheeks pinken in the mirror.

"Er, just wanted to look nice," he said, trying to keep a neutral tone of voice, though he made it more conspicuous by clearing his throat the next moment. "Are you ready to go, Mum?"

His mother just nodded without saying another word, but it didn't help his nerves that he saw a smile twitch on her lips as if she were fighting off a good laugh that would have undoubtedly been at his expense.

The cab ride to the theater district was a rush of traffic that almost caused them to miss the opening act before Allinda's escape. Dylan wouldn't have minded, but his mother insisted that they should enjoy the full performance experience. By the time Allinda actually showed up on stage, Dylan was itching to pull out his phone and scroll through his Twitter feed.

But as soon as Allinda came into the spotlight, her black hair cascading down her back as she looked out at the audience through her layers of eyeliner, Dylan couldn't help but feel a bit...awed by her. She was on the short side for a former actor (stunt or otherwise), but she made up for that impression through the sheer presence she exuded under the spotlight. Her frame was covered by what looked like a black leather jumpsuit, giving her a vibe that made him think of Catwoman. Even as her two assistants joined her on stage and proceeded to lock her up in a coat of chains that weaved a complicated pattern around her arms, torso, and legs, she remained poised, her mouth curving at the corners in that smile that surely made a majority of men weak in the knees. Only when a lift line was attached to her and she began to ascend above the stage did Dylan remember he was watching an actual act about to be performed.

Hovering there, Allinda began to move against her restraints while a crescendo of dramatic music began to play in the background. Dylan's pulse heightened as he watched the struggle, all being framed by bursts of strobe lights and shadows, until one by one he heard the clank and screech of metal moving against metal. It all built up to a triumphant moment where Allinda shed her metal coat and flipped through the air like a gymnast. A safety net, held by her two assistants, caught her with ease.

It had felt like only moments, but Dylan's heart was racing as if he had run a marathon.

"Wow," he found himself saying, and his mother just responded by patting his arm.

After a few smaller acts that still managed to keep his interest, Allinda bowed before the audience as they erupted into claps and cheers. Even Dylan found himself giving a whistle through his teeth.

By the time Allinda was ready to receive them backstage, Dylan found his earlier bravado extinguished. It was made even worse that his mother left him there with one of the handlers while she held up her cell phone and muttered a quick "sorry" before hurrying back out front.

The door opened, and Dylan was shocked to see Allinda herself standing behind it, ready to usher him in. "Is there only one today?" she asked the handler, who nodded before she returned a smile to Dylan. "Hello, hello, come in and sit."

Were performers like this usually so nice? Dylan found himself star-struck before he could even prepare himself. "Yes, I—I mean—"

"I don't bite," the escape artist said, flashing him a mischievous smile, and he felt like his heart would stop right then as he followed right after her. The handler, he noticed, didn't come into the room.

"Some show, huh?" she asked as she settled onto a chair and gestured for him to sit in one a close distance away. As he sat, he noticed she still wore her jumpsuit, and he couldn't help tracing the lines of her form and...

"—do you think?" were the only words he heard before he snapped back to full attention.

"Um, what was that?" He tugged at his shirt collar and felt much too hot in the room.

Allinda offered him a small smile, though it might have been pitying, it was hard to say. "I could use a good drink. What do you think?"

"There are a few bars down the way, but I don't think that's..." He trailed off, and this time she actually chuckled.

"Good thing I have some admirers then. Let me have a little look and see what today's offerings are."

Dylan hadn't even noticed the small pile of gift bags and handmade signs and all matter of paraphernalia on the countertop. Allinda dug through the "offerings" and plucked out two small travel-size bottles of what looked like wine.

Dylan couldn't remember ever having wine in his life, not even around holidays, but he found himself nodding along as she handed him one.

"How do you know I'm of drinking age?" he asked, and the escape artist just kept that same little smile on her face. She seemed like she enjoyed having a pleasant look on her face at all times. Maybe it was the natural performer inside her.

"You're either old or serious to be wearing a suit to one of my performances, but I'm betting on both at this point."

That was the first time Dylan felt relaxed enough to laugh like he was comfortable and not nervous as hell.

"There we go," Allinda said, sounding satisfied as she sat back and settled in her seat. "I told you I didn't bite."

"I obviously didn't believe you," he said, and this time she snorted. The sound shocked him. Someone this attractive made a sound like that? He obviously had to get out more often.

"Dylan Fairbanks," he said. He probably should have bristled at the word "kid," but he couldn't be bothered to feel insult at it. He was simply amazed he was having a conversation with THE Allinda Mackay.

"Nice to meet you, Dylan," Allinda said, clinking her bottle with his.