I had to finish this fast so its kinda meh 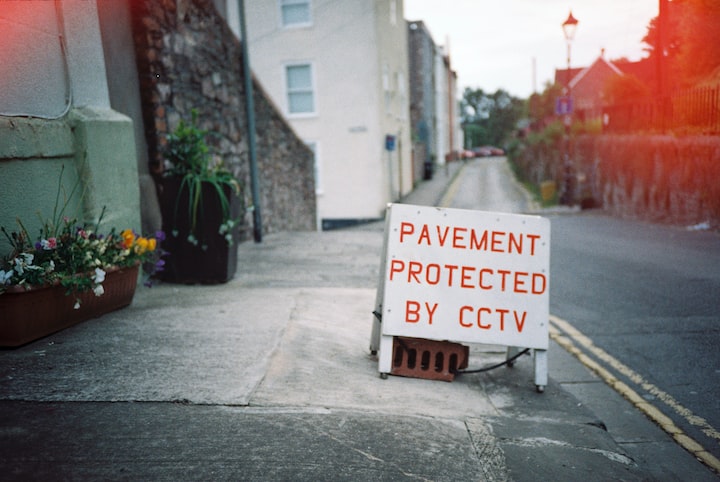 Photo by Gemma Evans on Unsplash

“Are you okay?” I look up to see Teresa standing over me, a hastily wrapped towel thrown across her otherwise bare body. “I thought I heard screaming.” She says. I shake my head.

“Nope.” “Oh. Okay.” Teresa’s been my roommate for the last several months. I don’t know her very well, but she’s ben acting strange lately. I know she has some unstable mental records, but since I’ve met her, she’s been pretty normal. She’d been living alone before I showed up at Princeton college. She glances nervously out the window and then reaches over and locks it. She dries herself off and gets dressed. She glances at me again, seemingly wanting to say something.

“You should check in the closet and under the bed before going to sleep.” She tells me. Okay…. Whatever that meant. Before I can question her further, my phone rings. It’s Angelica, another friend of mine.

“Hey.” I say as I pick up. Teresa looks at me scared like.

“Who are you talking too?”

I frown at her and shake my head, but she looks even more worried. “Angelica.” I say. “What?” Angelica says from the other end.

“Well, me and Tracy are gonna head down the new coffee shop that just opened across the street and study for finals. Wanna come?”

“Sure.” I tell her. “See you soon.” I hang up and see Teresa is still staring at me.

“How do I know that was Angelica?” She asks. This is getting weird. I show her the text column on my phone.

“You want to come to that new coffee shop with us?” I ask her.

She frowns. “Us being who?”

“Nothing.” She says. “I’ll go. But can I have the keys? I want to make sure I’ve locked the door behind us.” I fight to roll my eyes and hand her our dorm keys. She double locks the door before we leave.

It takes us longer than I thought to get the the coffee shop. Every time we near a crosswalk, Teresa grips my arm and says, “Watch out, Brittany, that man will try to hit us.”

“Why would he try to hit us?” I ask her the second time she does this.

“He holds a grudge.”

I turn my head so she can’t hear my snort. This is getting tiring. We reach the shop a whole ten minutes after Angelica and Tracy, but they don’t seem to mind. The place is nice, with the smell of roasting coffee beans in the air and faint jazz playing in the background, but Teresa can’t seem to relax. I can feel her tense next to me when the waiter comes over to ask us what we want. I order red velvet cake and mocha with whipped cream. Tracy asks for her normal rainbow crepe cake and hot chocolate. Angelica gets sweet mint tea and a chocolate chip cookie. When it comes to Teresa, she grips the sides of her chair and whispers, “I’ll just have some black coffee.” The waiter leans forward to hear her. “I’m sorry, what?”

Her knuckles turn white on the chairs armrests. “N-never mind.”

The waiter looks confused, but he nods and asks if we want anything else.

After he leaves, I turn to Teresa. “You must of forgotten your study books. You can borrow mine.”

She shakes her head, her eyes darting to the left and right. “No thank you. I don’t need to study.” Angelica and Tracy look at each other. Before things can get more awkward, the waiter arrives with our food and we settle down to work. After about ten minutes or so, I glance up to take a sip of my mocha and see that Teresa is staring at me hard.

“What?” I ask. Tracy and Angelica glance up from their workbooks as well.

“You should look up more often.” Teresa says. “You’ll never know if someone tried to sneak up on you.”

This time, all three of us girls exchange glances before returning to our school. Every few minutes I do look up, every time to find Teresa staring at me.

“You’re making it hard to study.” I tell, only half meant as a joke. She stand up so abruptly half the rest of the customers look at us as well.

“I need to use the restroom. I’ll be right back.” She narrows her eyes at the other two. “If anything happens to her, you two will regret it.” Then she stalks off toward the bathroom. Angelica and Tracy both turn to look at me.

“What was that about?” Angelica asks me, her rich accent getting stronger as she becomes worried.

“I have no idea.” I say. I’m about to tell them about the other odd events this morning, but suddenly someone saunters over to our table. It’s the head cheerleader, Ashley, and her boyfriend, Jackson.

“What’s up, losers?” She says with a smirk. “Prepping to fail the test?” She gives a little snigger and reaches over to stick her finger in Tracy’s cake. Tracy’s mouth opens, but she doesn’t say anything as Ashley licks the sugar off her finger.

He shrugs. He’s staring at some other girl across the shop. Ashley purses her lips, and I know she’ll be taking her anger out on us. Sure enough, she snatches Angelica’s tea and pretends to take a sip before dumping it all over my velvet cake.

“You’re ordering the cheapest things on the menu. You’re so path-eeeeee!” Warm coffee comes pouring down her head, staining the front of her cute blouse and her carefully styled hair a muddy brown.

“You little-!” She turns around to screech at the offender, only to get another faceful of coffee. It’s dripping from her hair and clothes. Her sparkling blue crystal earrings have become channels for the rivers of warm mocha running down her face. Her mouth is wide open, but Teresa merely steps around her incoherent screeching and settles down in her seat, her face more relaxed then I had seen it in the last month, and begins sipping her almost empty coffee cup like she didn’t just dump it on top of the head of the most obnoxious girl in school. The entire shop is silent for a moment, then everyone bursts out laughing. I find Angelica and Tracy and myself laughing as well. Even Jackson is laughing at her.

“You’re all monsters!” Ashley screams at us. “Just you wait you little mental freak! I’ll get you! You’re insane!”

Teresa merely smiles at her, all fangs, and leans back in her seat. “At least I don’t I have a boyfriend who’s only interested in me when someone pours coffee down my back.” Ashley’s face turns even redder before she backs up and storms out of the restaurant.

After people calm down and we apologize to the waiter for making such a mess, we pack up our things and start to head out. Jackson even offers to pay for Teresa’s coffee, but she tells him to go kiss the girl he was staring at earlier, which sends the restaurant into gales of laughter again. Me and Angelica walk arm and arm with Teresa back to the school, recounting the shades of red Ashley’s face had turned and how she had almost tripped on the smiley wooden gnome on the back of the shop. So Teresa might be a bit strange, but she was a good friend.

And I am Nightmare

I am a budding writer, and still only a teen. I love any support that comes my way. I am also a Dark Empath, psychologist in training, and baker.

More stories from And I am Nightmare and writers in Humans and other communities.