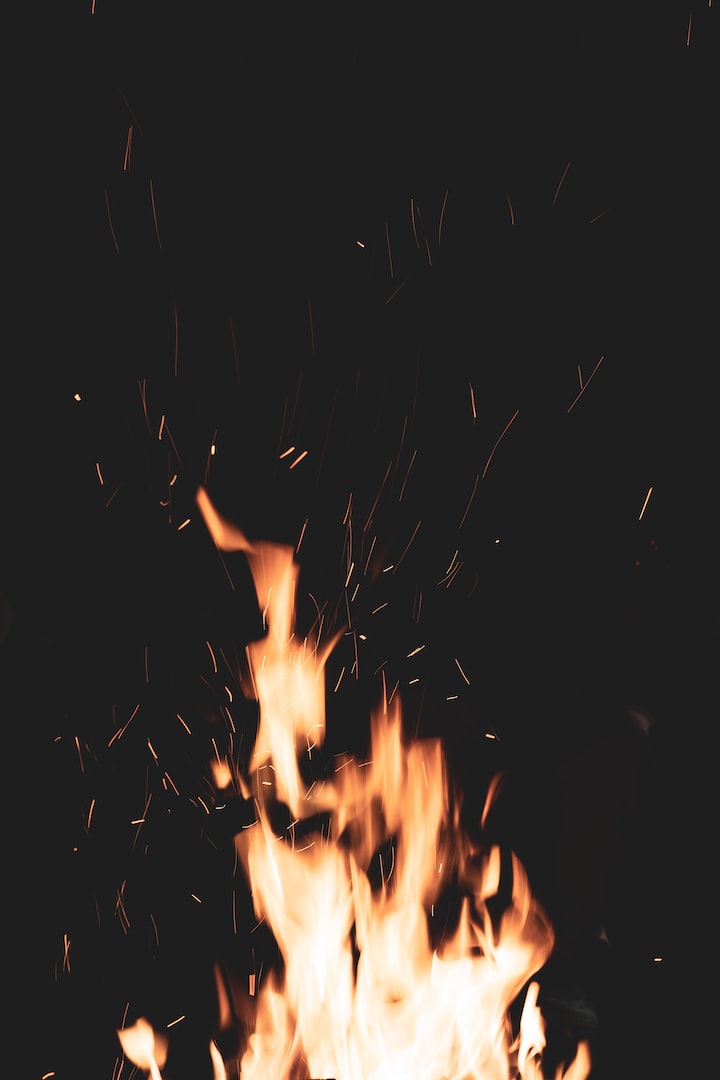 Photo by Mayer Maged on Unsplash

My wine glass tipped over on the bath mat as I shifted further into the tub. It was of no matter, the glass had been emptied long ago, a forgotten middle man in my quest toward oblivion. I swam in tulle, lace, and sorrowful anger rather than water. A lavender soak would probably be good for me right now, but I did not want to be calm yet. My cheeks were streaked with remnants of tears and part of me hoped my childhood fear of being sucked down the drain would come true. The mopey, clichéd beginning of a rom-com…or more likely my villainous origin story, the beginnings of unfettered horror brought upon any cheating husband I were to come across. Mine would be first, of course.

I do not know why I put my wedding dress on after it was confirmed he was being unfaithful, perhaps to be dramatic, my husband liked to tell me I could be very dramatic and he preferred when I was pragmatic, so I usually tried hard to be the latter. Also maybe I did it to try to remind myself of the joy of that day and to soften my heart toward forgiveness.

But it was difficult to remember the details of our wedding day. Everything had felt busy and rushed. It felt like everyone in attendance had asked how I was feeling and what I needed, but it was all for a role they were saying lines to fill; their little part in the spectacle of our wedding. I mostly remembered forcing smiles and pretending I did not care when things did not go as I thought we had planned. My husband never seemed surprised by what I thought was a change, he has smiled, sheepishly or slyly, I never could quite decipher that one, and held my hand as cameras flashed and the guests exclaimed. I had wanted an intimate ceremony with our closest friends and family, but he had overruled me and had basically invited every person he had once said hello to. A day imitating a life.

I took another gulp and spilled on my dress, laughing a near manic laugh that was unfamiliar to me, “whoops!” as I unhelpfully blotted at the red mark. It spread maliciously, an obvious stain on one of the symbols of our union. I would not be able to hide this one, but it was not the first. I peered at my décolletage to the perfect pattern of gems sewn into the dress, perfect save the dark spot to the left and toward the top. My sister always told me not to eat chocolate while I was wearing white because, without fail, I would spill some, staining the garment. I usually did not notice at the time, but would spot the mark later, or it would be pointed out to me. I rarely stopped myself from eating chocolate though, and my wedding day was no exception, the dress was off white anyway.

My husband had pointed this particular chocolate spot, disdainfully, and had worried about it marring photos. The decadent slice of chocolate cake had been worth it though. We had ordered the wedding cake from my favorite diner, JD’s, and it was not magnificent in the way most wedding cakes tried to be, but it was exactly what I had wanted. My best friend had told me it was hard to even find time to eat during her wedding, so I had made it my mission not to miss out on thoroughly enjoying a slice of my cake. After we cut the cake, my husband allowing me to feed him the smallest bite, I excused myself with a plate and the first slice. It was probably a rude thing to do but it was also necessary, and I managed to salvage the rest of our evening by sweeping my hair to the side to cover the imperfection.

My husband, then fiancé, had wanted a white cake, or lemon to match our colors, daffodil yellow and white for our spring wedding. I thought back to how he had not even really liked the lemon flavor. But he had liked the way it would look and how it would appear in the photos. To his credit, it really would have been beautiful, also the lemon tasted okay to me and would be enjoyable to most guests. I typically acquiesced to his preferences, appearances and how things were organized mattered more to him so it did not seem like a big deal to let him take over, but on this, of all things, I became an unmovable object. He had not expected that, and I suppose that should have signaled some control issue alarm, on top of most other things in our life. We had disagreements on everything from where we lived, to how we spent money and we always went with what he had in mind, with fewer arguments from me as time went on. But I got my way on the wedding cake, chocolate cake with chocolate mousse, ‘way too heavy and sweet,’ according to my fiancé, but perfect to me. I had been giving ever since to make up for that win.

I fingered the gems on the dress and chuckled to myself as I thought back to our first date. It had been at JD’s Diner. My friends rolled their eyes when I told them where I would be. Dating had become so monotonous in the conversations and follow ups, or lack thereof, that I decided if I was going to do it I would at least do it somewhere I was comfortable and where I enjoyed the food. They might as well get to know the real me sooner than later, right?

But this date went a little differently than the other ones. He was charming and relaxed, inquisitive but not overbearing. After a while my phone was lighting up with, ‘Are you alive still?’ texts since I was too busy enjoying time with him to check in. The waitress asked if we would like any dessert and he said yes then looked to me. I happily answered chocolate cake, and he said, yes, we’ll share a slice, smiling that unknowable to me smile. I was dismayed at having to share, but it had been intriguing at the time. Should have been my sign to run.

The doorbell rang, startling me out of my stupor. I did not have my phone near me to check who it was, but I needed a new bottle of wine anyway. I pulled myself from the depths of the tub, shouting, “jussa minute.” Truthfully it would be more than a minute, because I had a wine fridge to visit first, a wine fridge, how pretentious, another win of his. After my pit stop I made my way to the door with the bottle and corkscrew in one hand. I wiped my hair from my face the way a child would, hand fully open with my palm to my face. The doorbell rang again as I opened the door.

“Oh, uhh, sorry ma’am,” the young man’s eyes were wide and frankly, terrified, so villain origin story seemed to be the direction I was heading. I recognized this kid from JD’s and I should have been a little embarrassed, drunk in my stained wedding dress, but I smiled at him and stuck the corkscrew into the stopper. “I would have just left it but it could’ve melted so here ya go,” his voice squeaked a bit and he looked ready to run.

“Thank you but I didn’t order anything,” I said dumbly twisting the bottle and the corkscrew.

“It’s from a mister…,” I stopped him with a grunt and took the box after I tucked my half corked bottle under my arm.

“Thankssomuch,” and I shut the door. Surely my ever so thoughtful husband had tipped him, and I would give him a tip and an apology next time I was in. I made my way to the kitchen and finally managed to open the bottle. I took a swig as I looked at the box, an apology note taped to the lid. That must have been awkward to dictate. I was expecting, a perfect, way-too-big-for-one-person-in-one-sitting slice of JD’s chocolate cake. No sharing today. It would look rich and moist, hopeful and apologetic. Years of second guessing and ‘are you sures?’ would stare at me through those magnificent seven layers of chocolate and mousse, begging me to give it all another chance.

I could smell the cakes richness as the lid swung open, but what I saw made me furrow my brow and yelp with mania, pain, disbelief, or a mixture of all of the above.

I unbuttoned my wedding dress, letting it fall haphazardly to the floor, and smashed my hand into the cake to throw it away with no hope of revival.