by Oleander Ponders about a year ago in breakups
Report Story

A work of fiction by Oleander Ponders 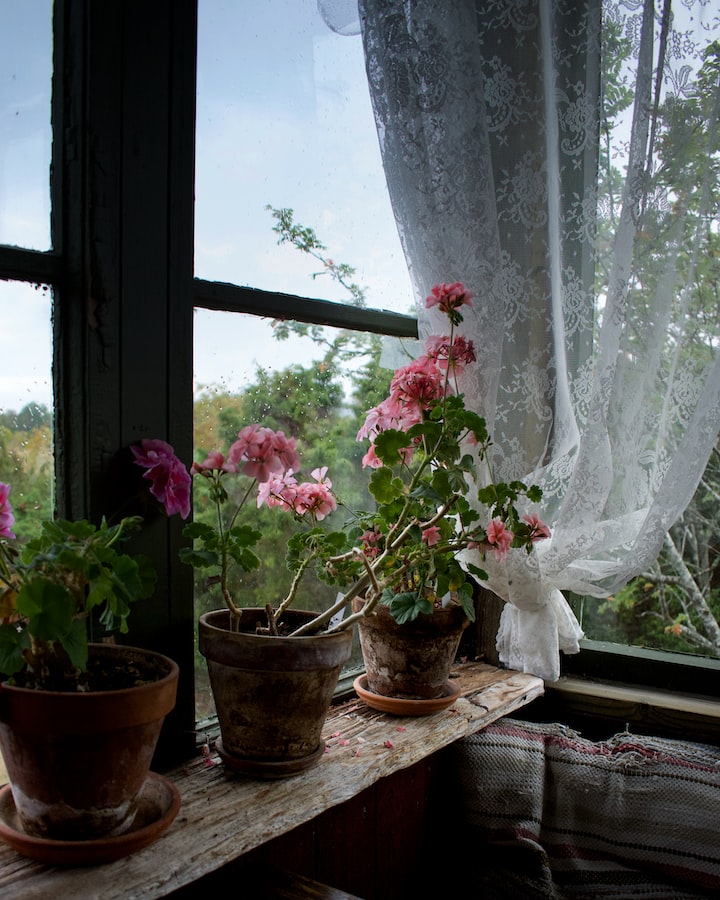 Photo by GRÆS Magazine on Unsplash

It was Spring. Not the lush, fragrant, hedonistic “Spring!” that arrives in May, but the cold, thin, mud-brown-and-pale-green haze that hinted that the transition from Winter to Summer was on the horizon.

For Missy, the change was marked by the gardeners’ creed for planting cold-weather crops: “as soon as the soil can be worked.” It was her first Spring in her new home, her very own, bought after her divorce from Josh using the small settlement he had agreed to in lieu of ongoing alimony payments. In spite of his generous paycheck and family money, she had asked for the bare minimum she thought she was entitled to. No reason to feel beholden to more than necessary. It was just enough to pay for the house outright. She lived simply, paying her few bills by working part-time at a garden center but she dreamed of becoming a market-gardener, growing plants that would sell at the very nursery she worked at. A greenhouse, some soil, and some seeds were all she needed. Someday...

But that would have to be in the future. For now, for her first summer on her own, her budget only stretched to a kitchen garden and some flowers for the wraparound porch. She planned to grow much from seed, not just for the monetary savings, but hoping that the first green shoots, becoming vigorous and gaining strength day by day, would mirror her own healing.

The cottage was tiny and ancient and shabby and lovely, previously untenanted for over 12 years. Three narrow stories were topped by an attic space, 10 feet tall in the middle but sloping to a mere 2 feet on the sides. When she moved in the two low sides had been lined with cardboard boxes. Hoping for a decades-old mystery to unravel, Missy had spent a few long winter afternoons digging through the boxes, but found not much more than late 1990s-era home office equipment and random household junk--a cordless phone, some vhs-tapes, and small desk-games and other items of the sort marketed at Christmas “for the man who has everything.” There was also an unfinished cellar, clean except a ceiling-high stack of left-behind terra cotta flower pots against one wall. She had big plans for the pots, picturing beautiful flowers and trailing vines spilling out on the porch. She would have to find a way to afford some pretty outdoor furniture. Maybe the garden-center would have a good loss leader sale she could stack with her employee discount. Or maybe she could find something at a thrift store.

After planting out a few hopeful radishes and beets she took a long soak in the tub, ate a quick dinner of microwaved tortillas and cheese with applesauce on the side (all the while dreaming of summer tomatoes), and headed down to the cellar for a closer look at the flower pots. There were dozens, some almost new looking, others covered with a white and green patina. There were several sizes, from standard 4-inch starter pots to a few that must have held 20 gallons and would weigh a ton once filled with compost and peat-moss. She was thrilled with the bounty; her limited budget would now be able to encompass more flowers than she had planned. It would be costly to fill them with good soil, but she could live on ramen noodles for a while if she had to. She started sorting the pots by size, mentally assigning geraniums, begonias, and violas...sweet potato vine and ivies. Once she had the top layers moved, she dragged a shoulder-high pile away from the mass, uncovering a section of the wall...and a small door, only a little taller than waist-high. An unsuspected room? A utility crawlspace? Whatever it was, it would have to be small and narrow. She reached out and gently tried the handle, expecting it to be locked--or at least rusted and balky--but to her surprise it turned easily and swung outward on well-oiled hinges.

She crouched and peered inside the warm, dark space, then duck-walked in. She stood slowly and groped for a light switch. Not finding one, she waved her hand in front of her until she found a hanging string. She pulled it and the space was defined by a meager 40 watts of light. It was more like a passageway than a room, about four feet by thirty, the ceiling only a few inches above the top of her head. It was empty except for an incongruous red carry-on toiletry bag shoved in a far corner, almost hidden by shadows. She walked over and crouched to undo the zipper.

Even before she opened it, she could feel that the bag was nearly empty. Wary of spiders or mouse droppings, she gingerly parted the zippers, and peeked inside. There were two bundles of cash, a small black book, a few scraps of paper, and a crumpled brown paper lunch bag. It didn’t look like much until she saw the printed paper strap around the top bundle: $10,000. She grabbed the strap and headed upstairs, flower pots forgotten.

She closed the kitchen curtains and sat at the table. Despite the visions of how much soil, flowers, and mid-summer lushness could be bought with so much money--and Oh, the greenhouse!-- she did her best to be lady-like as she reached in and grabbed the first bundle. It was, indeed, a bank bundle of $100 bills, apparently intact. She put it aside and reached in for the second bundle, which was identical to the first. Next, the book. It was about the size of a deck of cards and held closed with a loop of elastic.

She slipped the elastic to the back and rifled through the pages. It had been used as a diary, heavy with ellipticals. Her excitement mounted--an old mystery at last!

August 13, 2008. I have never been the kind of girl who keeps a diary, but I need to talk and I have nobody to listen...I wish I had never married him...I knew how bad his temper is but I thought it would get better once we settled into our own lives here, where our families couldn’t meddle. But he doesn’t just yell anymore...he hurts me sometimes. I wish I could hate him. No, that’s not true. I just wish I could make him happy. I try, but I only make him madder. At least he doesn’t mark my face...then everyone would see me...A bad wife? A bad woman? I don’t know who I am any more.

Missy glanced at her wrists, smooth and white now but, less than a year ago, marked by ugly fingerprint bruises. A pang of pity and solidarity shot through her as she rifled through the pages. The unknown woman had been a gardener too, and interspersed with gushing details about peppers and okra, Autumn crops and garden clean-up, the casual references to nightmare scenarios were all the more poignant:

He hit me in the face today...how can I hide a split lip?

At first I thought he broke it, but now I think it’s only a sprain.

Good thing the stairs are so narrow...if I had gone all the way to the bottom it could have broken my neck.

November 26, 2008. Thanksgiving is tomorrow...just the two of us, of course, but I will make it special. I am going to cook a small turkey with all the traditional sides, and when it’s time to talk about what we are most thankful for, I will tell him about…..the baby. Yes, the BABY! I’m going to be a mom! He will be so excited...he’s wanted me to get pregnant for so long, and now I am finally going to give him what he wants!!!!!

Chilled, Missy turned to the next page, but several pages had been torn out, as though the author couldn’t bear to leave a record of such evil. The next page was dated January 20th, 2009:

He goes to Boston next week for work. Maybe if I do something really special for him while he’s gone it will make him happy. I will have to think about it.

January 21, 2009 . I think I know! His junk closet in his office. It’s full of old electronics and such. I’ll move that stuff into the attic so he can have more room for storage and clean and organize what’s left. Once it’s cleaned out maybe he will even let me put in some shelves for him! I just know he will love it--he’s always saying he needs more space. Less than a week until he leaves but I want so bad to get started now.

Followed by an unsteady flood of words on January 28:

I have to go. I swear, I was just trying to clean out the back of the top shelf in the closet...I had no idea he had money up there.…$20,000. The worst part...I can’t believe it...he had it in a bag marked “college fund for baby.” How could he? I just...I don't even know what to think...or say. But I know what to do. This changes everything...it's like all of a sudden I can remember who I used to be, and I won’t be THIS person any more. I’m okay. He’s wrong. HE’S wrong! I can go away. I have to leave before he gets back...he will ask about the money as soon as he sees the closet has been cleaned. I can go back home...no, I don’t want him messing with mom and dad. I can just disappear. He will be back from Boston tonight. I have less than 6 hours to pack and get out. Running like a scared dog. Where can I go? God help me.

Missy stared into the satchel, looking at the few items left--the crumpled brown paper bag and the paper scraps, now recognizable as the missing pages of the diary. She looked at the unused bundles of cash, absorbing the full, sinister weight of their implication. Shaking, she looked up a number on her phone and hit the big green “DIAL” button.

“Greenbriar women’s shelter, how can I help you?”

With one last, fleeting thought of her greenhouse, her market garden, and her future, she stated firmly “I would like to make a donation of $20,000.”

MA in English and Writing

More stories from Oleander Ponders and writers in Humans and other communities.