by Leigh Hooper 3 months ago in dating 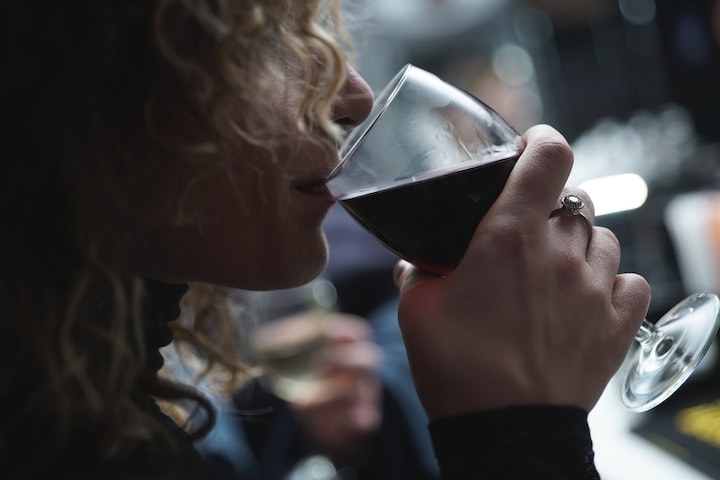 The dating app is to find love, of course, and the food delivery apps are for when you are simply too sad and too single to make yourself dinner.

Lena, dressed to the nines and expecting her date to have prepared a candle-lit dinner at one of the best restaurants in town, had not expected to be using food delivery apps on a first date. She had expected good food, laughs and perhaps a chance to see how soft her date’s mattress was. She had expected everything to go perfectly, because those first date nerves had been steeled by a shot of tequila.

She had got ready, taken way too long to curl every single hair on her head until it was perfect, taken the shot, and had rushed out of the house with a dying cell phone. It hadn’t occurred to her to check her messages, but soon enough it would become clear to her that she should have.

It was just gone seven when Lena arrived at Ollie’s house. She knocked on his door, patiently waiting, when her expectations came crumbling down all the way to her high-heeled feet. The door opened wide in an instant, revealing Lena’s date.

On his dating profile he looked hot and intelligent, with selfies that screamed “I look good and I know it!” without the douchey vibes of a guy who was still stuck in a frat boy mentality. He was everything Lena had hoped for. He had looked promising and the conversations were promising too, but now Lena was sure she had been catfished.

Ollie, in short, looked awful. His brown hair was disheveled and the abs that he had shown off on the dating app were now covered in a large dirty hoodie. His nose was bright red, and the rest of his body looked sickly pale.

“Lena…sorry…did you not get my text?” Ollie said between sniffles. He stood awkwardly at the door, snotty tissues in hand.

Lena knew in that instant she had messed up.

“Um…no. I was running late and-” Lena held the phone up to her date, the blank screen showing it was dead. Standing in her high-heels and short dress in front of Ollie’s flat, Lena felt utterly stupid. She scolded herself for not checking her texts.

She slipped the phone in her bag and pointed behind her,

“I can go if you like?” Lena was cringing internally, reminding herself that this was going to be the most embarrassing first date that never was.

“No!” Ollie reached out a pale hand, touched Lena’s arm gently. “Stay, if you like. You look gorgeous.” He managed a half smile, showing the pearly whites Lena was so familiar with from the dating app. Ollie opened the door wider, inviting her in.

Ollie’s one bed apartment was neat. The only mess that could be seen was from his open bedroom door, where the largest collection of snotty tissues could be seen in an overflowing bin.

“You’re really not well are you?” Lena laughed slightly, feeling as though it was just her luck that her first date wasn’t going to plan.

“No, sorry.” Ollie shut the door behind him, and lead Lena to his sofa. He flopped down with a sigh, and Lena perched on the edge. She placed her bag down at her feet.

“I just want you to know, I did book us a table somewhere. I’m not usually like this.” He pointed to his pyjama bottoms and dirty hoodie. With an apologetic smile, Lena didn’t even have time to feel angry about not going out. The smile warmed her heart and made her forgive him in an instant.

“It’s okay.” Lena nodded, trying to reassure him. “We can stay here if you like? We can have an at home date.” She smiled, the gesture being returned by Ollie.

“Sounds good to me. If you didn’t want to be all dressed up, I probably have some spare clothes that’ll fit you.”

Lena was surprised by his comment, noting how considerate he was, and nodded. Ten minutes later she had gotten changed in his room into a t-shirt and joggers that were too large for her, but she wore them anyway. They smelt of a sweet laundry detergent, and so she couldn’t complain.

“Well look at you.” Ollie said as she reappeared. He was grinning at her now, as if seeing her in slouchy clothes was even better than the dress she had worn previously. Lena smiled back at him, and sat back down on the sofa, closer to him this time. She could feel the heat coming off his arm as he leant over for the TV remote.

“I’ll find something to watch if you find something to drink?” He raised an eyebrow at her, wasting no time and diving head-first into getting ready for the at home date. They had done all the small talk on the dating app, after spending weeks sending messages back and forth. She knew about his job, his hobbies, his family and probably had enough knowledge on the man to answer all of his security questions. Lena had no issue cracking on with the date.

Getting up to search his kitchen, Lena only found one alcoholic drink that she liked. A large bottle of half-drunk Merlot was tucked away in the fridge, hiding behind a pack of beer cans.

“Guess it’s just the one then?” Lena said, gesturing to the bottle.

“Are you talking about me or the wine?” Ollie winked, Lena’s presence clearly distracting him from the fact one side of his nose had been blocked for three days. He looked less pale now, with a slight rosy hue tinting his dimpled cheeks. Lena thought he’d never looked better.

“Very funny.” She joked, trying to ignore the butterflies attacking her stomach. She hid her true emotions with an exaggerated eyeroll and found two glasses to pour the wine into. Sitting back down on the sofa, Ollie took his glass with a grin.

“What do you want to eat then?” He asked before taking a sip. Lena followed suit, taking a sip herself. The wine was colder than she expected, and the taste pleased her tongue. Earthy, full of the fruity flavour of berries, and with a hint of spice. Perfect.

“Oh, I don’t know.” She said, truly not sure what she was in the mood for. A Merlot always made her crave charcuterie boards and grilled veg, but that wasn’t your typical option when ordering from a delivery app.

“Can I be honest?” Ollie said, looking over at Lena from the TV, “I really fancy a pizza.”

“Pizza?” Lena laughed unexpectedly, her crazy snorting laugh revealing itself. She put her hand to her mouth to stop herself. Beside her, Ollie was laughing too. Lena suspected it was more at her than with her.

“I'll have ypu know Merlot actually goes well with tomato-based foods, and so I’m nominating pizza.” Ollie smiled, pulling up the food delivery app on his phone and starting an order.

“Sorry Mr. Know-It-All, I didn't realise you were a wine expert!” Lena smirked, taking another sip of her drink, “Pizza sounds good to me.”

While the order was being made, and Ollie left the TV playing a classic film from the eighties, Lena never felt more at home. There was something about Ollie, ill or not, that made her feel happy. Happier than she had been in a long time.

With her wine in one hand, and her other hand wrapped around Ollie’s arm, Lena had never felt more grateful that her date had been ill. The thought of deleting the dating apps, and only having to have one food delivery app between them, made Lena smile into her drink. Their first date had turned out to be better than expected, and the night had only just begun.

If you enjoyed this fiction story then make sure to leave this a little heart to show your love! Tips are greatly appreciated and all tips might just help me create and publish an entire novel from this short story - seriously, I'm thinking about it!!