How To Slide Into DMs Without Being A Creep

You wanna get to click with the cutie on Insta. But, how can you slide into her DMs without making it weird? 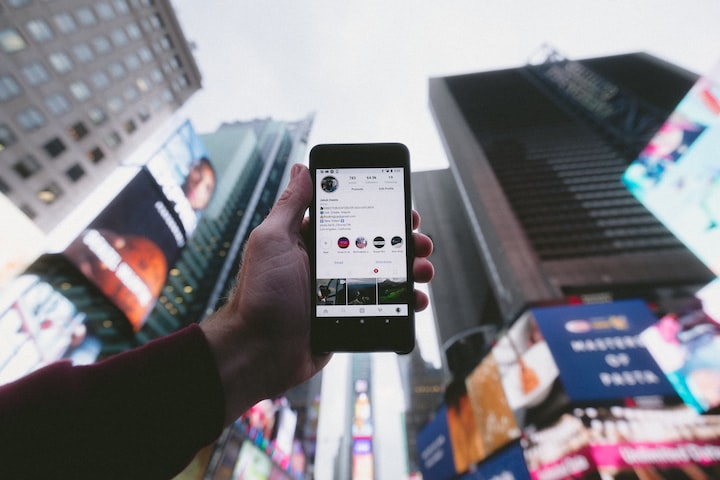 Having been a writer and model for the better part of my adult life, I learned something about being on the internet. If you were born with a hole between your legs, being on the net means that you will have random creeps in your DMs, asking questions they would never dare ask in person.

Screaming into the void is something that most people have seen in action. We all have heard that dating is a number's game, but that doesn't fully help you understand the nuances of dating.

While it's great to get out there and talk to women, immediately flirting with EVERYONE is a dumb idea. This is basically what screaming into the void is: carpet-bombing women with flirty messages or dick pics in hopes that they'll respond.

Women talk. A lot. And if women notice that you'll bang anything that moves or that you don't seem to be interested in anything aside from talking sex, they'll back away. Most women won't even respond if they notice this.

Before you DM anyone, spruce up your profile.

If there's one thing I've learned about online dating, it's that it requires you to think like an online marketer. This is especially true if you're a guy, since girls don't have to do much to get some flirting going on.

When girls look at a guy's social media, they're looking at both his looks and his lifestyle. People tend to want the person who looks like they're winning, like they're having fun.

Now would be a good time to get some shots of you doing cool things. Playing sports, DJing, and also hanging out with friends can help show girls that you have a fun life.

Take silence as an answer.

Silence from a girl is an answer on the DMs. For some reason, a lot of guys can't handle it. Actually, I can understand this. When I get ghosted or cold shouldered, it's really hurtful and I often wonder what I did wrong. That's a human reaction!

It's also normal to get frustrated after a point. Sometimes, you might even want to say stuff that you know is messed up in hopes that you will be able to get some kind of reaction. This is a bad idea. Contrary to what you may feel, getting any kind of reaction is NOT a good sign.

Women who get to the point of reacting have already written you off. If you're really unlucky, a woman will confront you over this or publicly out you. This isn't the reaction you want, even though you might get a rush of having attention paid to you.

If you want to get a girl interested, don't talk about sex right off the bat.

Trust me when I say that most women will get around six to 10 creepy messages every couple of weeks. All of these involve guys who immediately rush into the sex talk, or assume that a girl being on Tinder means they're DTF.

Guys, let me tell you something. Nothing is more unattractive than a desperate man. Nothing says a man is desperate like immediately and regularly steering the conversation to sex.

This is a great way to tell a girl that you don't see her as a person, and that you have zero self-awareness. Neither of these things are attractive.

Take time to chat her up, and look for clues on her social media to find out her interests.

Here's something guys often forget: even if she's down for a fling, she doesn't want to hit it with someone who has no interest in her as a person. You need to make some chemistry there, and that means that you should ask her questions about her interests.

The more you get her talking, the more comfortable she'll be with you. Ask questions, and genuinely start to learn about her as a friend. Even if things don't work out, you have a new female friend who might introduce you to that special girl.

No, really, you need to vet the girls you're DMing.

This is one of those things that I feel I need to point out.

Guys, you have a penis. If a girl gets pregnant by your penis, she has the right to make a decision about whether or not you have to pay child support for 18 years. This can ruin your life.

Guys, you also have a stigma about harassment and coercion. If a girl decides to meet up with you then later accuses you (rightfully or otherwise) of rape or being a creep, you will have a problem. A big, potentially life-ruining one.

Despite these risks, most men I know will hit it with girls who are very visibly unstable or untrustworthy. How do I know this? I used to be a hard drug addict and guys never asked questions. That's not a good thing.

Girls vet guys all the time and bail as soon as a red flag pops up. Gents, I love you enough to tell you that you need to do the same. It's a two-way street, and you can save yourself from a bad time by doing so.

So, take your time. Get to know her. See how cool she is. If you click, bring it to real life.

Avoid saying that you're a nice guy.

Nice is okay. It's a way of saying that you have the bare minimum you need to be a functional adult in society. Nice is the basics, not the premium. Moreover, if you have to say you're nice, you're probably not as nice as you think you are.

Guys who say they're nice usually get seen as a red flag, primarily because a lot of them lash out in anger when they're rejected---or worse, don't take no for an answer. Don't be that dude!

The number one thing you do not want to do is lash out in anger when a girl says no, or otherwise insult her.

Guys, I've been there. No joke. I've been the person who has lashed out at people who have rejected me. I'm no saint, but I'm telling you something that I learned the hard way. Yelling and flipping out, even if you're frustrated with people, isn't going to fix things.

Sometimes, girls change their minds. What they weren't interested in you six months ago, things can change. However, if you act a fool in front of them, the chances of them ever trying anything with you will plummet.

Worst case scenario, you could end up dropping your chances with others. For example, let's say you flip out at a girl and you want to date her friend. The girl that you went batshit on just warned her friend about you. Now, your behavior from earlier just went and bit you on the butt.

I've burned a lot of bridges during my time doing this. Don't be me. Be better than me.

Remember to have fun!

At the end of the day, sliding into a girl's DMs should be fun for both of you. It should be lighthearted, a little flirty, and an overall good time. So, don't stress it. It's all about enjoying stuff to the fullest.