How to Approach Women With Authenticity and Confidence

by Stephen Phillips 3 months ago in dating

Follow these steps to have conversations in broad daylight 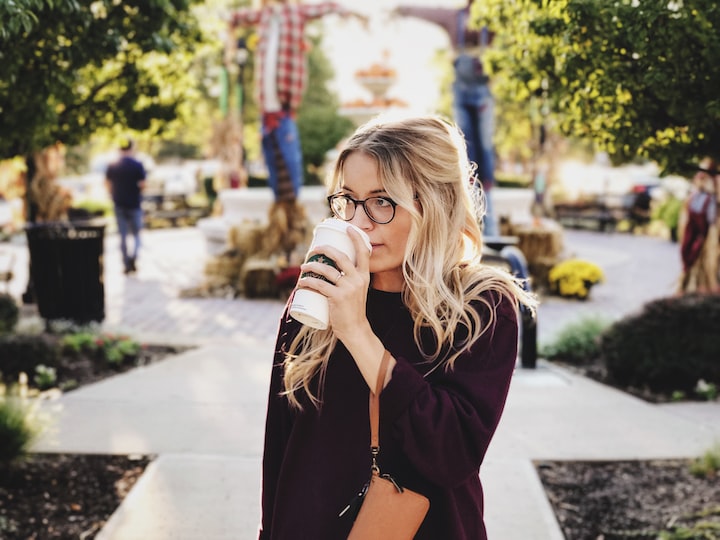 Photo by Caleb George on Unsplash

In the coaching work I do, I often find myself in the middle of two groups of people that both want the same thing.

One one side, there's men that wish they could stop making excuses and approach women. On another, there's women who want to stay open to men's advances, but have had one too many conversations with guys who had no idea what they were doing.

Using my unique vantage point, I want to help men step up to the plate by reminding them that authenticity and confidence work together in these types of interactions with the opposite sex. An authentic man naturally finds his inner confidence. Others, usually the cocky bullshitters, tend to self-destruct.

With that being said, here is some advice on how to approach women while still being yourself. As you're practicing this art, remember the acronym L.E.AP.

Before you move in a women's direction, take a moment and release any expectations you may have for the interaction, either positive, negative or somewhere in between.

It's normal to try to control the situation to accomplish a goal (we are task-driven men, after all), but if you do this you'll be setting yourself up for at best a static conversation or worse a failed attempt at human contact.

Take a moment to yourself. Breathe, release, and let your fears fall away.

Forget about the outcome and remember that you're an awesome guy and amazing person even without an interaction with an amazing woman.

Think about how rare it is to look at someone in the eye these days. We're too busy with our phones to look up from them. We're so obsessed with not missing updates that we can't connect on a human level.

If you want to communicate sincerely and openly when approaching, sustained eye contact must quickly become your friend. It's necessary to listen and build emotional connection. It also communicates you're someone who looks outside himself and empathizes with the lives of others.

Also, because people mirror the emotions they detect, anyone you're giving solid, energetic eye contact to will naturally mirror this back to you. If a woman is also interested, this will be exciting to her! If she's not, it will be off-putting and the conversation will end.

For my money, you'll stand apart with eye contact because it clearly communicates self-confidence and engagement. It signals your interest and ultimately gives her a healthy amount of non-verbal space to let her guard down if she feels the same.

Remember in old films  - usually classic, black and white buddy comedies - where one character would say, "Act natural!" and his friend would do the exact opposite? Yeah…don't do that.

Be the man that doesn't have to be anyone to impress someone, especially himself. Be a guy who is comfortable in his own skin and gives off the kind of energy that invites others to do the same.

All you need to know in this step is that when you're being yourself, you will naturally flow where you need to go. If a woman's into you, she'll flow with you. If she's not, she won't and that's okay.

Don't act natural. Act naturally yourself and see what happens.

An important truth that gets lost in the pressure we put on ourselves here is that lots of women want to be approached! For many, it's romantic and meaningful to have an encounter with a guy who stops for a few minutes to let her know he's into her.

Sadly, these days the dream is dying thanks to overly-aggressive guys and perennial douchebags who don't have a clue how to play their role in the exchange. In turn, women are turning to dating apps and online matching sites because they feel they'll never meet anyone otherwise.

That's why, as a man, you should relish the chance to speak to a woman that you're into and make it count!

Make it happen with presence. Find yourself in the moment and stay there with her without expectation.

Trust me, women can feel when you're not meeting them in that kind of space. They can sense when your heart and mind have left the building and been replaced with confusing, cock energy.

Don't miss out on your chance to enjoy her because you're too busy obsessing or objectifying. Be present, lead with that presence, and leave the rest up to fate knowing you played your part.

And that's how you act confident and authentic when approaching women in just a few, simple steps.

Don't try to fake this one, guys. Take a risk, give it a shot, and I'll see you out there.

More stories from Stephen Phillips and writers in Humans and other communities.