How can a son know the joy of fish when he is not a fish?

by Tripoli Flynn 3 months ago in art
Report Story

listen to the birds chattering 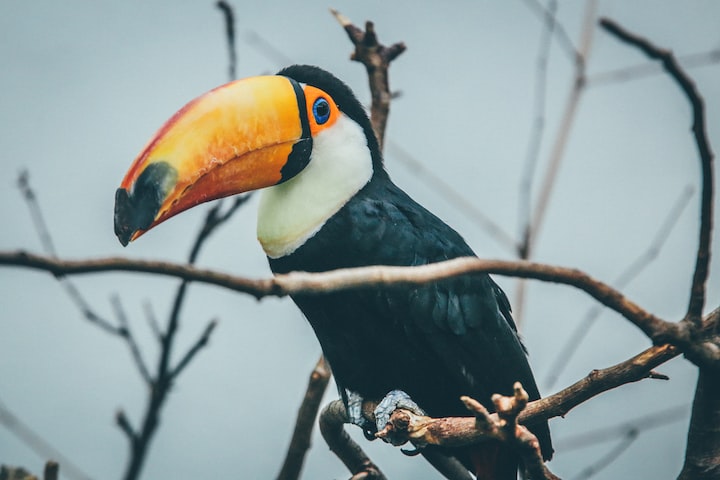 Photo by Nick Karvounis on Unsplash

"Fine," she said, wiping the sweat from her face with one hand and fiddling with her hair.

He quietly lit a cigarette, a long time before saying "I'm sorry, let the baby follow me suffer", he swore, he just wanted a reason and excuse to enjoy this rare quiet time with her, and would not expect that the temperature has been the autumn season still stopped in the middle of summer

"It's okay" she reached out to smooth his furrowed brow, look at the flowing water, listen to the birds chattering, and the farmhouse not far away and the dogs barking softly, this is a rare time for them in the downtown area

He finished the last puff of his cigarette and threw the butt into the river, he hugged her tightly, he knew it was hot, two people hugging together would be even hotter, but at the moment, he did not want to let go of her, together for more than a month, he had barely spent time with her, and her good behavior and understanding increased the feeling of guilt in his heart!

He gently cupped her chin, lifted her whole face, kissed, he kissed deep, she responded truly, at this moment, the surrounding silence is terrible, can only hear the sound of heartbeats closer and closer ......

"Baby, if I could turn back time I would like to go back ten years to see how you used to look like" he released her and helped her to smooth out her hair that was messy in the wind

The love that was missed for ten years, if they met ten years ago, then he would still be in love with her? The answer is no, he fell in love with just stepped into society, but still maintain the heart of the naked son of her, perhaps he was tired of the materialistic downtown, so when she appeared, he fell in love, perhaps in the eyes of others the girl is not necessarily more outstanding, but as long as in her side, will become so quiet and down-to-earth, she bowed her head, quiet smile, teasing her, will be shy, that quiet and quiet, itself is A landscape!

"Finally he learned that his lover, married someone else when he jumped into the river, and the body floating in the river refused to sink, the world is like this, there is a lot of love will be ostracized by society, forgetfulness, incest, and extramarital" she looked at the river in the moonlight refractive glitter, her voice choked, people go tea cold, no one will always warm a cup of tea, waiting for a person to return. If, and she means if, he is willing to keep a cup of tea warm and waiting, and how does she go far?

"Baby," he called her, he knew that her baby was thinking again

"Hmm?" She turned her eyes from the river to him "What is it, uncle?"

"Look," he said pointing to the water "Nankang's body is coming up"

She was so frightened that she jumped into his arms and hugged him with both hands, saying that she would not let go, and he hugged her lovingly

If time can stay at this moment how good it is, time does not go, we will not be separated ......

But how can time not go, how can we not be separated?

He raised his hand and looked at the watch on his wrist, "Baby, it's eleven thirty, I'm going to put the fishing pole away."

"But, uncle, you didn't even catch any fish?"

"Anyway, I don't want to fish, it doesn't matter."

She looked at him fiddling with his fishing tools, looking at the fish still cheering in the water, she laughed a little self-deprecatingly

Not a bird does not shine wings, ten boys nine careless", he may not understand her, at this moment she wants to stay with him for a little longer, just want to stay a little longer ......

"Be good and wait here, I'll put something in the car and come back later to pick you up"

Finally, he carried her step by step towards the shore, it turns out, being held by him, the heart is also aware of the happiness ......

He tucked her into the passenger seat and closed the car door for a long time before she asked "Can we go back later because I ...... I ...... can't let you go"

Each time we keep each other, she is careful to cherish, afraid of disturbing the time, afraid to see once, less once ......

"Why do you keep touching my face, is it because it's fun?"

He smiled and shook his head, "No, it's because you can't touch other places" he said softly in her ear "Baby, uncle is hungry"

"But the baby has nothing to eat, what does uncle want to eat ah"

Hearing him say this, her face is red, fortunately, it is night, the middle of nowhere even street lights, and headlights are not on, plus the bangs in front of her forehead covered most of her face, she pushed him away, sitting upright to organize their hair, but the hair also with her temper, how to sort it out, he looked at her at this moment, a bad smile, so continue to tease her " Baby, it's okay, anyway, from the car out of the girl is not dressed, hair messy"

"Uncle," she said, slightly angry, "you do not talk nonsense, and do not think nonsense"

He swore he was not thinking nonsense, he was thinking normally ......

He once again held her in his arms, and could not help but kiss her, perhaps fear of loss, so his kiss, with more meaning, the same, also kissed messed up her heart, she wanted to push him away, but her hands involuntarily hugged him ......

She did not know that the fish has the freedom of the river, but at the moment, she only needs him ......

More stories from Tripoli Flynn and writers in Humans and other communities.