by Jesika McClary 8 days ago in humanity

A Story of Dating and Heartache 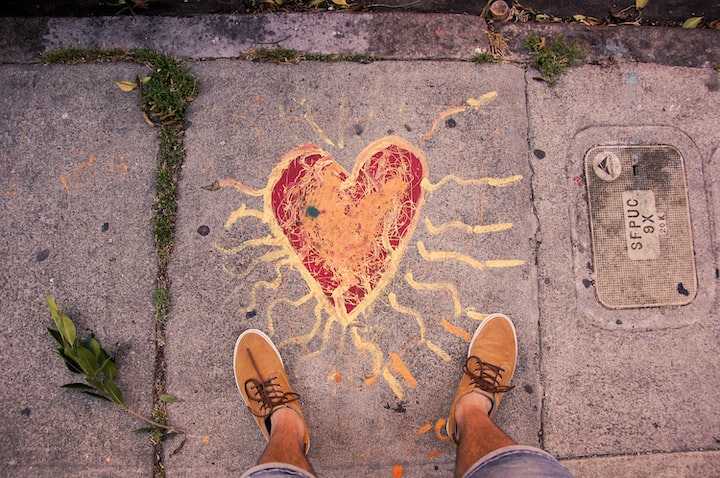 Photo by Guillaume LORAIN on Unsplash

Dating, especially after several years of marriage (including the kids, dogs and white picket fence) is not for the faint of heart. In fact, I’m beginning to wonder if dating in this day and age really even factors the heart into the equation at all!

I’ve been divorced and playing the single parent role for just shy of 8 years now. I’ve dated a bit and been hurt exponentially by men who, by a reasonable mindset, should be mature, compassionate and grounded at this stage in life. ‘Should be’ seems to be the key term here.

I have proudly waved my single mama flag, and just as humbly, waved the white flag in utter single mama defeat. I have third- and fifth-wheeled more events than I have attended with a date or partner. I have cursed and repaired my own vehicle, changed my own light bulbs, taken out my own trash and mowed my own yard longer than I care to admit at this point. Through it all, every heartache and disappointment, I still hold onto a modicum of hope that somebody SOMEWHERE is out there, just waiting to save me from this lonely existence.

So I continue to go on the most tragic of dates (more to come on a few of the most memorable catastrophies shortly). I continue to walk through the grocery store and basketball games with my eyes wide open in search of that one person who seems to be doing life alone as well. I continue to hope and pray that God hasn’t overlooked my heart when He is handing out partners. Somehow, through it all, I can’t allow myself to lose faith, even though after so many years of loneliness, it seems futile to continue believing that there is a person out there just for me.

I was seeing a remarkable, talented man a few years ago. We talked for hours on the phone, we texted, we laughed. The chemistry was electric, the respect was equal, and the feelings of “right” were present for us both. We had just gotten to the point in our budding relationship where it was time to begin introducing friends and family to one another. He would speak on the phone to my children, we made plans to take them to a theme park for our first outing all together. Everything just felt…right.

The day before I was to meet him and his closest friends for a casual lunch, we spoke on the phone as we did each day. He had been sick all week, but chalked it up to having caught a cold, so we continued to make plans for the weekend. His voice was a little less enthusiastic that day, his breathing a bit labored, the energy not quite as evident as usual in our conversations. I voiced my concerns, but he said I shouldn’t worry, he would take some cold medicine, rest up and be just fine for our get-together the following day.

I didn’t hear from him that night, and my calls continued to ring with no happy hello on the other end. I had a sinking feeling deep in my stomach, but attributed it to anxiety and a common habit of over-thinking and finally settled in for a restless sleep that evening. The next morning when I awoke, I still had no messages or missed calls from him, and the fear began to resurface. I didn’t want to think the worst, and instead found myself growing angry and resentful, thinking he was ignoring me or playing some silly game that I didn’t know the rules for.

I thought and considered how to proceed with my day. It was, after all, the day we had designated for our gathering, and I resolved that I would go anyway, despite his sickness, and get to the bottom of things once and for all. But yet, even as I was angry, I couldn’t get the worst out of my head. Maybe he wasn’t ignoring me. Maybe something bad had happened. Maybe…so many maybes. I packed up every ounce of courage I could muster and headed to his place.

Just before turning into his parking garage, an ambulance pulled out of the same drive. That nagging fearful feeling washed over me anew, but I tucked it back down and told myself I was just paranoid. It wouldn’t be long before those terrible sinking feelings would prove true.

As I parked and got out of my car, the feelings became heavier with every movement I made. I watched a man on a motorcycle two spaces over from me just sitting, motor off, staring in to the distance. He looked at me briefly, nodded and went back to staring off into space. I closed my car door, straightened my spine, shoulders back, head up, and walked purposefully towards Chris’s apartment. Just at the bottom of the stairs, two little girls were coloring with chalk on the sidewalk. One looked up at me and boldly asked if I was Chris’s girlfriend, to which I shakily responded that I was- for now. She then asked if I was there to see him, to which I confirmed that I was. Her next words took the breath right out of me, “You can’t go up there. He’s dead.”

So nonchalant. So calm. “He’s dead”. This obviously had to be a mistake- this isn’t how people find out such news. Not by small, 8-year old little girls drawing stick figures on the sidewalk. He must have put them up to this. My anger had returned.

I quickened my pace and grabbed the railing to the stairs, and just as quickly I felt a hand on my shoulder. I whipped around, expecting Chris, ready for our first argument, only to find the man from the motorcycle facing me. Again I was asked if I was Chris’s girlfriend. Again I confirmed- for now. Again I was told I couldn’t proceed to his apartment, but this time the compassion was there, and the look in this man’s eyes told me my worst fears were true. Chris. A man I had barely begun to know. Gone.

I don’t remember much of the next few minutes. The girls disappeared rather quickly, and somehow I found myself sitting back in my car, rocking back and forth, tears flowing and confusion mounting. How? Why? When? No answers. All he could tell me was that the day prior, a loud thud had been heard by his neighbors below him, and when he continued to not respond to calls or knocks at the door throughout the day and evening, emergency services were called in earlier the next day. Our day. The day we had planned to move one step forward together.

I met his parents, friends and extended family at his funeral a few weeks later. By the Grace of God, he had felt something special with me enough to tell his loved ones about me prior to his passing. I found comfort in that knowledge, even as I questioned why God would send someone to me and allow me to open my heart and feel such hope for the future, just to break me down again. God answered in the most magnificent way, as always.

He spoke through Chris’s grandmother at the funeral, when she told me he had been so lonely for so long, and his final words to her were that if he died tomorrow, he would die with a full heart having finally met his person. And in that moment I began to understand- God didn’t send Chris to ME for my future, He sent me to Chris for his peace.

Dating is the most heartbreaking, frustrating, gut-wrenching experience, but we have to believe and have faith that there is a purpose for every single person we meet in this world. We have to believe that we are on this earth not just for our own benefit, but also to help heal and comfort others around us. If we don’t at least believe in the power of our own hearts and compassion, what else do we have to offer?

If you are searching as I am, and your frustrations are mounting, please remember my story. Have faith. Believe. Show compassion. And don’t ever give up.

Writing has always been a blissful outlet, and it comes naturally. My grandfather was a published songwriter, my mother a published poet. I’m just trying to carry the torch and follow the tradition of literary art.