Don’t Let Anybody Bully You Into Dating

by Taru Anniina Liikanen 18 days ago in dating

Caving to other people’s expectations when you’re not ready can lead to some really bad dates. 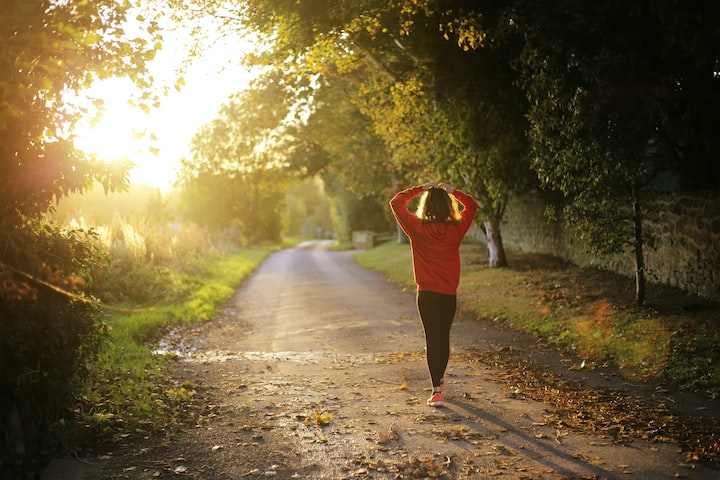 Photo by Emma Simpson on Unsplash

I spent a bigger part of the past 5 years completely alone. I needed to heal from a really bad relationship followed by a hard breakup, and I wanted to take my time. I didn’t want to dive into a relationship when I wasn’t sure if my criteria could be trusted.

I‘m great on first dates. I’m good at making up funny things to say in a chat. I know I could go out with someone, and that we would probably have an enjoyable night. There are lots of nice guys out there. But if I just can’t bring myself to like anybody, it’s probably because I’m not ready.

For some reason, many people around me found it intolerable that a young-ish, moderately attractive woman would decide to be on her own. Single men, even in their forties, are accepted as bachelors and left alone, but a single woman over thirty is a sad case. Argentina isn’t exactly known to be a feminist society so I can’t say I was all that surprised, but it does get annoying.

Since I’m a woman who often voices her opinions and isn’t prone to people-pleasing, some people even let me know it was most likely due to the fact that I wasn’t having sex. If I could just get laid, all my issues would magically disappear.

“I’m fine, I’ve got ten good fingers and an internet full of inspiration,” I would answer, trying to keep a poker face.

One male coworker, who had treated his own codependency by going from a 6-year relationship to moving in with a new guy in less than a month, even suggested that women “go crazy” and start behaving erratically when they’re not being serviced by a man.

“Men just aren’t like that,” he affirmed. “We’re much more level-headed.”

“Oh no? How about incels, rapists, serial killers, and all the men who kill their ex-wives and girlfriends?”

Apparently, a woman in a bad mood is far more dangerous.

I would let these comments go by, mostly. I knew what I wanted was to be alone and remember how to like myself again. And disarming all the Catholic baggage my Argentinian friends and coworkers carry with them was way too big for me to take on my shoulders.

But every now and then, I would listen to others and give it a try. And I really did try.

Apart from some holiday flings, the most successful situation I had was with a guy I went on four dates with. When I say “successful” I mean I went out with him more than once. But was I left with anything positive from the experience?

More like a profound sense of having betrayed myself. As soon as he ghosted, I was a little relieved. It was as if I had convinced myself that I wanted to get to know him, even though I profoundly disliked him.

He was a religious, right-wing, anti-abortion sexist who thought it was funny to laugh at “green hippies and woke culture”. I’m a vegan, social-democratic atheist. I hate mansplaining over pretty much anything, except maybe toenails and people who leave their stuff lying around at the gym. He explained the female orgasm to me and then failed to give me one.

We had nothing in common, and I still couldn’t have ended the situation myself, because I had convinced myself that I liked him.

I had given in to the bullying.

After him, there was the economist who wanted to see me again because he had loved my ability to have a conversation about politics, which was “so rare in a woman”. He then used a racial slur, before telling me he didn’t like Donald Trump because Trump was “far from the greatness of Ronald Reagan”.

I guess he hadn’t really listened to me during our political conversation. I said no on the second date.

The one after that I didn’t get to meet, luckily, because he went fully crazy on me by day three of chatting. Messaging and calling me constantly, getting mad at me for not calling him, sending me music to understand his feelings… It was like being in a relationship with a 14-year-old me, except much more threatening. And of course, with unsolicited nudes.

Did I mention we had never met at this point?

I blocked him, happy he did show his true colors so early on. What if he hadn’t?

Every time I tried to date to fulfill this expectation someone else was putting on me, I realized I wasn’t ready. I didn’t want to deal with rejecting or being rejected, and I wasn’t yet well-equipped to know who was worth my time. I could still easily slip into a bad relationship, or one I didn’t want to be in.

The pandemic gave me some much-needed alone time. It also helped me stay away from plenty of people whose opinions on my dating life I no longer valued. It also gave me some space to finally heal from many old issues.

A little over a year into this new life of intermittent quarantines, I finally felt like I had gotten over my previous relationship. Not fully, but enough to start looking around and seeing men I could be interested in.

I found myself a little gym crush, and named him Hot Daddy in my mind as a joke. I’m still not sure I ever wanted to date him, but the everyday flirtation was enough for me to start seeing myself as a sexual person again. I started seeing other men as interesting, for the first time in five years.

And then, a couple of months later, I got on Tinder and actually met someone I liked. I was super cautious at first and I guess I still am, but we were compatible in many ways. And I didn’t try to change myself to make him like me, or force myself to like him.

It feels good to be with someone like him, but it also feels good to be on your own when you’re really at peace. Don’t let anyone bully you into thinking you need another person’s company. You’ll date when you want to.

The dates I went on when I wasn’t ready were a complete waste of time.

No, not fully. I did get some jokes out of them.