by Lydia Bug 3 days ago in breakups 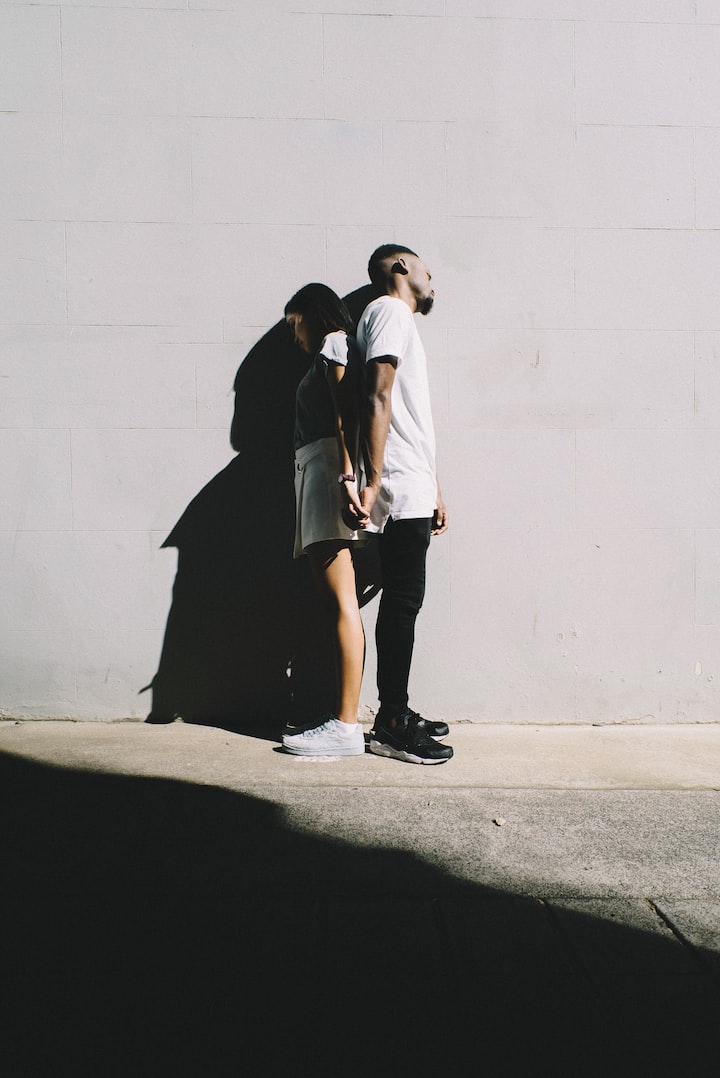 Photo by Henri Pham on Unsplash

He provided me a dull pang of fear at the concept of sexual gratification, it had been years since he was stimulating company, leaving me to wonder if I should ever be amused by him again. His once bright shine as he pulled me from the arms of the man I feared yet gratified lustlessly, now faded to the dullness of tarnished silver. I have often wondered if what he instilled in me was ever good for me, sex repulsed as I was, despite my self gratifying nature.

He gave me bored conversations and unimpressive attempts to prove his worth, unable to do simple tasks beyond that of a T.V. screen. The ring I wore on my finger gave me more fond thoughts of his mother and sister he hated so much, as opposed to thoughts of my dwindling love for the boy. I felt tricked by my own brain as I had a large fondness for him throughout High School, I had an idea of him so far from the reality. He was not overly handsome as he was, he was not particularly talented, nor bright. He had a complete lack of motivation, and seemed utterly okay with living in such a stagnant way.

I hope only that he has changed, perhaps grown to understand that to keep hold of a love, it must be maintained, hope he had grown to be something other than a detriment to society and the women that surround him. He holds a great anger for his sisters and mother, who have tried oh so hard to aid him in growth. He may have been a shining star as a teen, but he has seemingly not grown since then.

I loved him greatly, but did not realize how controlled and influenced I was by his limited scope on life. I could not wear heels, for fear I would be taller than him, could not wear short skirts, or frankly, anything revealing. I am a naturally outgoing person, and resented the level of friends I was removed from at his hand.

I find myself in my current relationship feeling as though I have stumbled upon an oasis in a desert of disinterest. It feels as though I have found the vacation I never knew daily life could allot. I am allowed to do as I please, speak to who I please. I am not removed from a friend for them simply having feelings for me, it is recognized, and respected that nothing will come of it.

I am surprised at how freeing this has been, I have felt my lungs fill more lightly, as though the crushing weight of my past may stay in the past. I have found a certain blissful stability in my new life, that I never wish to leave. Life has found me in bound following my dreams as opposed to worrying if my every action could be taken as insult.

I have found myself leaping from a life filled with self-doubt and stagnancy into a life where I am allowed to run after my every dream with support and love. I have found myself as a vocalist in a music project, something my ex would have laughed in the face of seeing as he thought himself the most talented of singers despite the evidence to the contrary. I have found myself writing again, a task I take great joy in, however did not indulge for over a decade. Standards of living have raised like a phoenix from it's ashes, something I had assumed to never regain. I have found myself happy for quite possibly the first time in this long, eventful life.