by Michelle Brown 4 months ago in marriage
Report Story 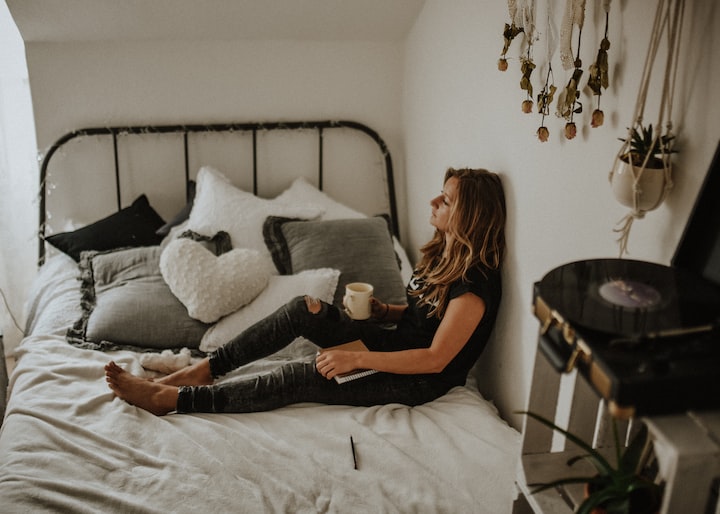 I’ve come into contact with many people who are still angry with their ex-spouses — angry to the point of allowing those emotions to spill into their present relationships and destroy any positive experiences that come their way.

I’m talking about resentment that lasts even decades after a divorce.

I could be one of those people wallowing in the past grievances I suffered during my own abusive relationship with my ex-husband. I suppose I could have spent more time than I did feeling angry about it, seething with hatred for him.

But why would I do that?

That life is literally so far behind me it’s like a different universe altogether. Why would I want to continually revisit it?

Of course, I completely understand all of the hurt people go through, the sting of sharp words said, the regret of words left unsaid, the broken hearts, and the crushing disappointment when a marriage doesn’t work out the way you wanted it to.

Hanging on to that negativity is only wasting time. Additionally, wading in that pool of bitter feelings keeps new doors closed and potential opportunities at bay.

Quite frankly, it’s much easier to languish in a state of never moving on than it is to start creating a new life with new relationships.

Moving on is hard. It means you have to say goodbye to an old friend — and that old friend I’m talking about is pain.

That old familiar. That voice in your head. That pang of regret in your heart. That cloud of depression in your mind. That constant companion is always there to remind you of what you lost, what you don’t have, and what could have been.

Letting those feelings go is like gathering all of your old items together that represent the memories of the past, then making the effort to load them all up into a car, and then dumping it all at a trash site. Then you drive away, leaving it all behind.

Now you’re left with a blank space where that misery used to fill you up. Even though it made you sad, you were used to it. The sadness was always there for you — faithfully and loyally.

And this is why it’s so hard to let go of that person, that love, that relationship you once had so much hope for.

Divorce is unpleasant — but the rest of your life doesn’t have to be.

But once you have the courage to make room for potentially happier circumstances and emotions, it does get easier.

There are so many personal tribulations that occurred within my first marriage that I could carry around with me using the devastation as an excuse to never trust anyone or to never be happy. But those were lessons, not a prison sentence.

Why would I continue spreading that virus of misery around when it was my job to build up immunity to those destructive patterns?

Once you finally take that uncomfortable leap from holding on to the pain you’re so used to feeling and dive into the transition phase of moving on with your life, things can get much better.

Do I have lots of reasons to still be mad at my ex-husband after all these years? Sure. Have I forgiven him? Honestly, I don’t think about the reasons why he even needed to be forgiven very often.

Being mad at someone only restricts your own movements — your own growth. It doesn’t fix anything or serve justice for past crimes of the heart.

And that’s why I simply chose not to be mad anymore.

Not All Sex Is Created Equal