by Jason Morton 19 days ago in dating

Fixed Up By Friends 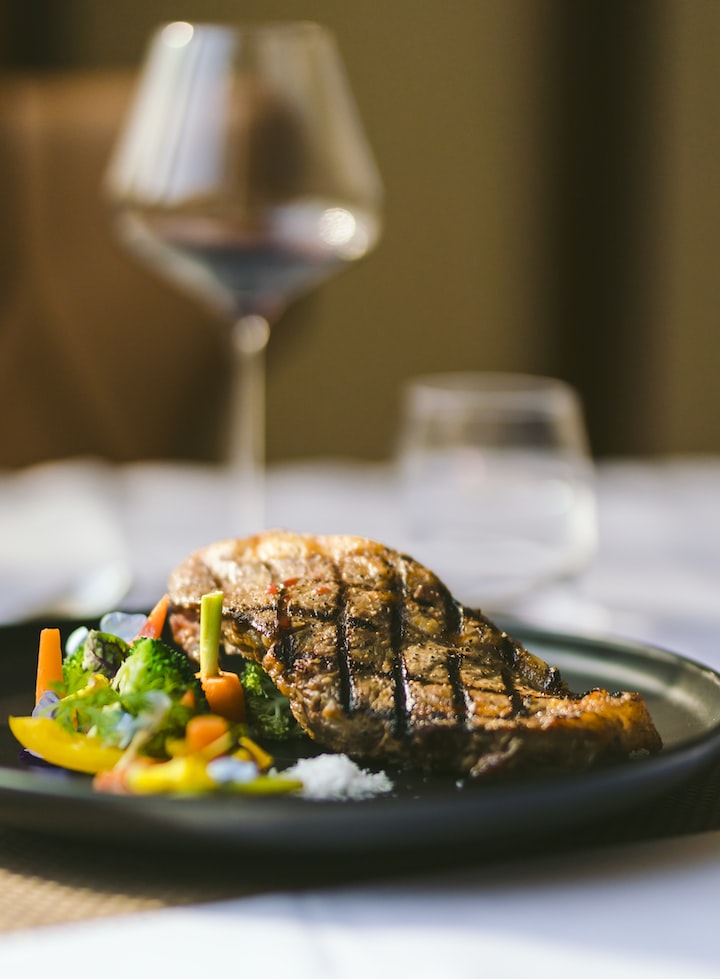 Photo by Hanxiao on Unsplash

It's late on Friday. The rain was pouring down like monsoon season in the Pacific Rim. To make things all the more uncomfortable, the temperature had not dropped below ninety degrees for a month. Life is a sticky, messy thing, and the weather was just making things all the worse. By the time Russell got home from work his suit was damp and his two hundred dollar shirt soaked from his shoulders to his waist. Russell was looking forward to Friday but nothing about his day had gone right. His best friend was working on fixing him up with a girl for a month and tonight was supposed to be the big night. Russell knew that postponing was not going to win him any points.

Russell picked up his phone.

"This is Johnson..." he said into the phone. It was his best friend from college, Jason Jones.

"I know, I know," he told Jason, who was chastising him for missing his date. "I already called to reschedule. I can just hope she was as understanding as she sounded."

The two old friends chatted with each other for a couple of minutes before Jason warned Russell not to make canceling his date with Sasha a habitual thing. Jason knew Sasha well enough to know that once she might forgive, but past that, the popular brunette would get bored and move on to the next guy. His buddy Russell was perfect for the exotically named Sasha Bennett and the two singles shared much in common. More importantly, as Jason reminded him, Jason's wife was perpetually trying to fix Russell up so she would know the two behaved when they ran off on guy trips.

"Look, I'll make it on time tomorrow," Russell laughed, "Tell the old ball and chain I'm as good as there."

Russell cringed a little getting off the phone. His body ached from the week behind him. He poured a scotch before settling into his sofa, flipping through the channels. Halfway through the glass of scotch, his hand dropped and the remote bounced off the cushion, landing on the carpet next to his feet.

Russells' morning came around earlier than he wanted for a Saturday and he woke up confused, and disorientated, from an uncomfortable night sleeping on the sofa. Russell rubbed his eyes before looking around the room. Damn, he thought, he must have been more exhausted than he realized. A half a glass of scotch dropped him like an old bad habit.

It was raining hard again and Russell decided to stay in until his date. He took went into the kitchen, started a pot of coffee, and went to take a shower. It'd been a couple of days since he shaved so he decided to go ahead and do that now. Singing in the shower, Russell was excited to meet Sasha tonight. They had spoken on the phone and Jason had shown him pictures of Rebecca and Sasha from their vacation trip to Cabo. The girl could rock a bikini, unlike any woman he knew.

After a day of lounging around his apartment, sipping coffee, and reading a novel, Russell finally was at his big night. It was time to go and he was nervously tying a black tie to go with his charcoal gray shirt. He grabbed his jacket and headed out to his Escalade. It'd been nearly a year since Russell had a date and longer since he had a second date. The guys joked with him about his health it'd been so long since he'd had a regular girlfriend. It'd been long enough he felt like a nervous teenager as he pulled up in front of Sasha's townhouse.

Sasha came out as he got there, dressed in a blue dress with matching long blue hair. Her caramel complexion highlighted by the bright colors. She was a knockout, a knockout that Russell knew. He just didn't know from where. Her pictures with Rebecca didn't do her justice and her hair was different. It'd been shorter and nearly black in everyone he saw. She wasn't wearing sunglasses now, with the rainy season in full swing she'd hardly need them.

La Dulce, one of the nicest restaurants in town, held a table for the two attractive young people. The restaurant was nearly empty with the weather being so bad. They sat and listened to the piano player in the distance until their waiter came over, Russell still trying to figure out where he had seen this lovely creature before. Sasha ordered the roast duck, it sounded good but Russell stuck with the roast chicken, not wanting to rock his already nervous stomach. She was the most beautiful woman in the restaurant, possibly the most beautiful he had ever met.

It was time to pick a wine to impress his lovely date. It was obvious to Sasha that her date was not as well versed in wine as his friend Jason and Rebecca.

"Can I?" she asked, pointing to the list he had scratched his head over for several minutes.

"Sure, please do," he replied, breathing a sigh of relief.

Sasha looked through the list carefully, finding one that stuck out. She smiled at her date. She had this particular one in mind.

"Let's get a bottle of the Wandering Giants Merlot," she told the waiter.

"Very good, ma'am," the waiter said as he went to put in their dinner order.

"I think you'll like it," she said, smiling from ear to ear.

The waiter brought the bottle, and carefully poured each a glass before leaving it at the table. Russell looked at it carefully.

"Don't worry, it's my favorite," she told him, lifting the glass to the center of the table.

They clinked their glasses together, both smiling ear to ear. Sasha sipped hers first, Russell then followed, truthfully being more into beer. She smiled at him flirtatiously, wondering what he thought.

"What do I detect, Vanilla maybe," said Russell.

Sasha leaned over the table, surprising Russell with a soft kiss, her lips parting around his lower lip. She pulled back playfully, biting her lower lip in excitement.

"Cherries, your lips tasted like cherries," she told him.

Almost speechless, he smiled and said, "Your's too..." his breathing still heavy with excitement.

Sasha grinned, "You might have caught me on TV," she said. Being slow, to tell the truth. She was a star in her own right, even before entering the Star Wars Universe on the Mandalorian.