by Tiffany Wells about a year ago in lgbtq
Report Story 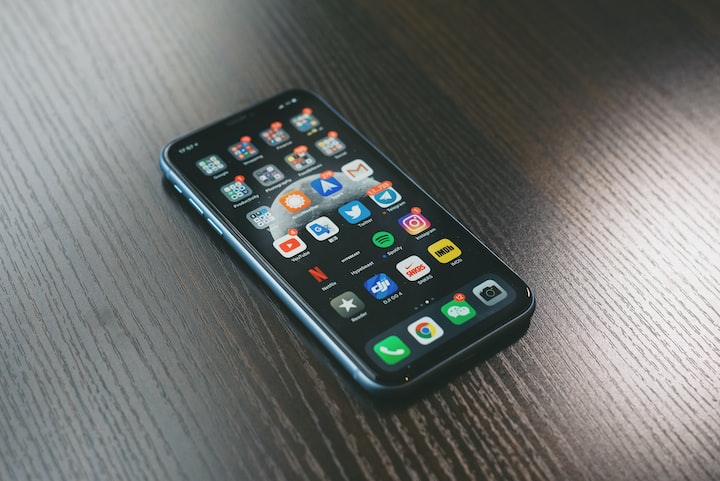 Photo by Jonas Lee on Unsplash

“Hey have you heard from Alice recently,” asked Abby. John shook his head.

“No, I haven’t. Why do you ask?” Abby sighed as she played with her hands, “She hasn’t been responding to my texts or calls. I’m starting to get worried.”

“Well, maybe she is ghosting you,” replied John slamming his locker.

“John, we’ve been dating for almost a year. She wouldn’t just stop responding to me.”

“How long has she been ghosting you for,” John began to walk towards his next class with Abby following close by.

“No, this is different John. She rarely gets in trouble and I highly doubt that she wouldn’t have found a moment to text me that she was grounded. It just feels so weird,” Abby said squeezing her hands together now, a fidget she often did when she was nervous. John stopped walking and looked over at Abby. He sighed.

“Look, I don’t know what to tell you. I haven’t heard from her at all. Have you considered talking to her parents?”

“No. They. They don’t know about me. About us. That’s why I’m worried. What if they found out,” Abby said not even looking John in the eyes, “Maybe you can ask them for me? They know you two are friends. You used to go to church together. It’ll be better than a total stranger asking them.” John stared at Abby’s pleading eyes. He sighed.

“Thank you. Thank you so much,” Abby said, giving John a hug. John smiled and returned the hug.

“Yes, I will. I just need to know that Alice is safe.” John smiled, “I’m sure that she is just fine.”

The two meet back together at lunch. They sat outside as John scrolled through his cell phone contacts until finding Alice’s mom’s number.

“Her mom is a stay-at-home mom, she definitely will answer,” Abby said nodding her head. John nodded in response.

“Yeah, I know. What exactly do you want me to ask?”

“Ask her where is Alice. Say she hasn’t responded to your messages on Twitter,” responded Abby. John nodded as he pressed the call button. Alice’s mom answered after two rings.

“Hey John! It has been a while. You haven’t called me in years. How have you been?”

“Thank you for asking, I’ve been good as well. Do you like your new church?”

“Oh yes, very much. It is a lot of fun...Actually, I just wanted to ask you something.”

“Alice hasn’t been answering my messages on Twitter and I am getting worried. I just wanted to check-in and make sure that she is alright.” Mrs. Kennedy stayed silent, but John could hear her labored breathing on the other end.

“Oh, yes. Sorry. I’m not sure if I am allowed to tell you this, but we sent Alice away. That’s why she isn’t responding to your messages. I’ll be sure to tell her you said hello when I see her.”

“Oh. Where did you send Alice away to?” Abby inched closer into John, desperate for the answer.

“Well. John. Do you remember what the scripture says about homosexuality?”

“Good, well. Alice was getting tempted by some girl and needed help. We sent her to someone who can help.” John looked over to Abby who had a hand clasped over her mouth to stifle a cry. Abby couldn’t imagine what was happening to Alice. She heard the stories of abuse that occurs during conversion therapy.

Mrs. Kenedy continued, “And, she is getting better. The doctor said that when she comes back she will be fine. I don’t want my daughter going to hell.”

More stories from Tiffany Wells and writers in Humans and other communities.