by Gail S. about a year ago in love 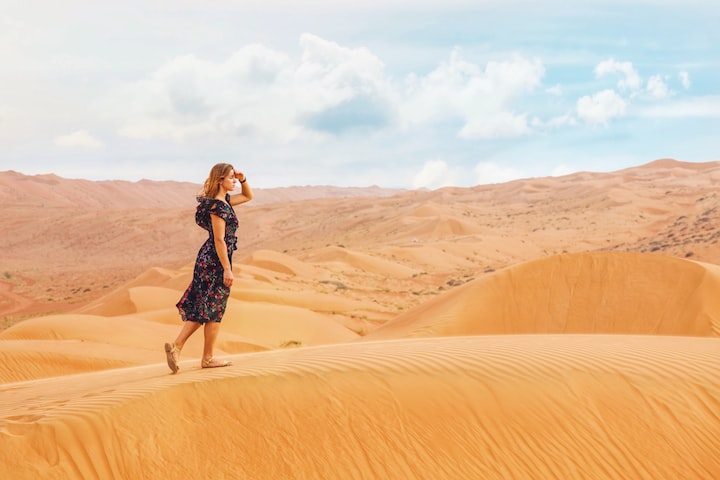 Photo by Katerina Kerdi on Unsplash

Two souls, joined by fate. Linked in such a way that it becomes an unbreakable bond. Both feeling and knowing that one cannot be without the other. Inseparable, undeniable and irreplaceable. Two souls that have traveled for many years, maybe even many lifetimes in search of one another. Two people attached to those souls. Always feeling like something was missing. A feeling of not being complete. Wandering in the dark, alone. Then one day, without notice and by surprise, they find their way to each other. It started with a simple hug. No different than any normal hug. Except this hug was returned by something internal. Something almost unexplainable. Something warm and soft and curious.

In that very moment, in a flash there was a surge of energy like no other. It was a connection on an almost spiritual level. An emotional level. The souls recognized each other in that very instant. Like the two had known each other for a lifetime. Like they had loved before and lived before in the most personal, passionate way. Like two old friends who hadn't seen each other in a very long time. But his was a bit different now. It seemed leary and guarded, like it had been perhaps touched by someone in the past and hurt. It seemed shy and a little frightened. She knew, oh yes she knew that her soul and his belonged together.

The months went by as she hugged him whenever she could, just to feel his soul struggle. She hoped to ease that pain and to set his soul free. It was such a warm beautiful soul. She wanted so badly to reunite the two that had been searching for so long. He never once during this time knew what she was doing, although he knew for some reason that he needed her hugs. She became more restless, missing that part which was missing from her life. His life went on.

There is an old Asian tale that says when 2 people are born, the creator attaches an invisible red string between them and they are bound together. The string may get tangled along the way but will never break. They are soulmates and no distance or time will keep them from one day finding each other, for they are meant to be together. She knew she had found the other end of her string.

As time passed the two became closer. Spending time together and getting to know each other. She felt his soul healing, and as it did, it began to reach for hers. Then one day in a moment unlike any other, the two souls merged. Two were as one and they finally knew what it felt like to be complete. He was starting to realize that his life was changing, evolving and growing.

Time spent apart makes her soul search for his. On a daily basis, she sends out mental calls to his soul letting it know that she is never far away. Telling it that soon they will be together again. She feels his soul return the message. She feels it in her very core. She knows that never again will she feel the emptiness or heartache. That the missing puzzle piece has been found, and that should they lose their way or become temporarily separated, she will never have to look far to find it once again.

I am complicated, confusing and misunderstood but I am real. Life is too short to be anything but happy.