by Dean Gee 2 months ago in tv review
Report Story

There is wisdom in wit, if you keep your wits about you. 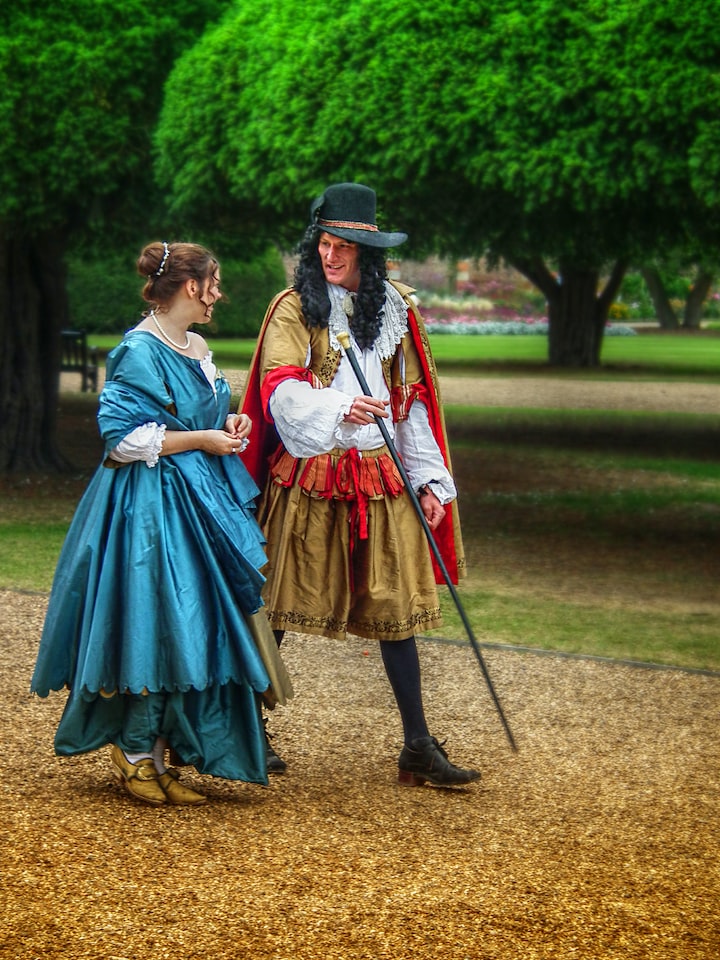 Photo by link bekka on Unsplash

’ll start off by stating the obvious, the guy above in the image is not Edmund Blackadder (Rowan Atkinson). But the dress is around about the era in which the first four of his comedy series is set.

So what did watching hours of the Blackadder British Comedy Series teach me?

Lesson 1) Medicine and how it works

Blackadder is a Tv comedy series written by Rowan Atkinson and Ben Elton, they taught me how the pharma industry works. The one episode perfectly highlighted many truths.

In this episode, Edmund Blackadder was feeling like he needed healing as he was a man who had suddenly developed feelings for his ‘manservant’ named ‘Bob’. Who was actually a girl dressed up as a boy to get a job, as a manservant.

The scene when he is at the doctor, perfectly illustrates the corporate world of pharma drugs, the banter between Edmund Blackadder and the doctor is below. Edmund is questioning the doctor about the medicine being prescribed, ‘a course of leeches.’ I could not do it justice paraphrasing. I have labelled the script below as follows; ‘E’ below is for Edmund Blackadder and ‘D’ for the doctor

‘D: …An extraordinary new cure has just been developed for exactly this kind of sordid problem.

E: It wouldn’t have anything to do with leeches, would it?

D: I had no idea you were a medical man.

E: Never had anything you doctors didn’t try to cure with leeches. A

E: Well, the bottom one wasn’t. I just sat there and squashed it.

D: You know the leech comes to us on the highest authority?

E: Yes. I know that. Dr. Hoffmann of Stuttgart, isn’t it?

E: Owner of the largest leech farm of Europe.’

And there is the rub, the last sentence, comedy is a way of bringing out difficult to understand real life phenomena that we wonder about.

Following the science always leads back to the money, in most industries, that’s just true of life.

‘Money makes the world go round and around the world, the money goes.’

Then some other Blackadder scenes come to mind thinking about the ruling class or ‘elites’ and rulers that have graced the planet and some who grace the planet today.

The interaction between Edmund Black Adder and Frou Frou in a coffee shop. Where Edmund is trying to ‘rescue a French aristocrat from revolutionary France to win a bet.

Edmund: [sitting at the table] Do you speak English?

Edmund: Yes, when you say “a little,” what exactly do you mean? I mean,

can we talk? or are we going to spend the rest of the afternoon

asking each other the way to the beach in very loud voices?

chit-chat with girls — that type of thing.

Frou Frou: Just don’t ask me to take a physiology class or direct a light

Frou Frou: No, I wouldn’t. I would like other people to earn it and then

>give< it to me, just like in France in the good old days.’

Does the last statement above, not remind you of the political class today, in that they too would like people to earn money and then give it to them? Or am I being far too cynical? Cynicism grows with life experience, so forgive me, but I think these comedies hit on some real life truths.

Then there is the episode that has Blackadder implanting someone over whom he has complete control, and he then cheats the electorate to have his puppet elected to parliament, this speaks about corruption within democracies, and the ‘invisible hand’ that guides the positions of power within democracies.

Blackadder seeks a man ‘who has no mind of his own’ and fights the political campaign on ‘issues not personalities because his candidate doesn’t have a personality.’

They win the election by cheating as Edmund Blackadder states

‘………….firstly, we shall fight this campaign on issues, not

personalities. Secondly, we shall be the only fresh thing on the menu. And

However, in the series where his ‘puppet’ (Baldrick) is in parliament Edmund was silly enough to use Baldrick who is not the brightest bulb in the pack even the Prince Regent (who himself is bereft of intellect), described him (Baldrick) as ‘a complete arse head’.

As is true of so many political schemes that end up being uncovered because of human error, The same happens to Edmund. Little did I know at the time of watching these comedies, what truths were being espoused. Truths that resonate and apply to the world in which we live.

Next time you watch a comedy, think about the real-life applications, because it is human nature to make jokes about issues we cannot understand, or are sceptical of.

As is the age old saying ‘many a true word is spoken in jest.’

Thank you for reading and let me know your thoughts?

More stories from Dean Gee and writers in Humans and other communities.