by Tyler Brooke 8 months ago in humanity
Report Story 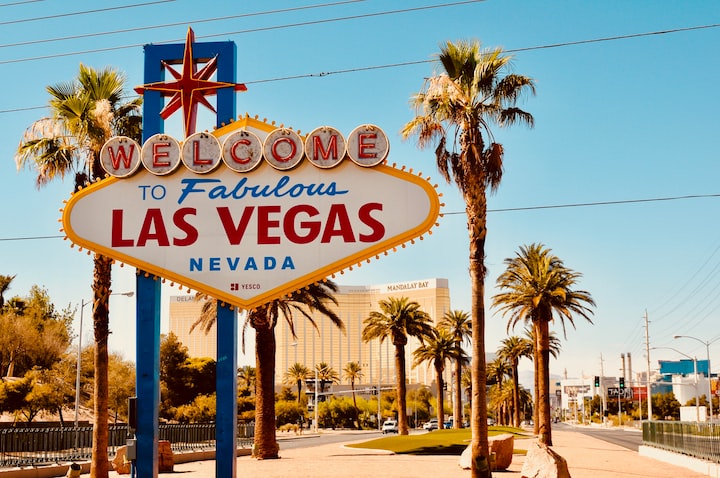 Photo by Grant Cai on Unsplash

What does one do when they turn 21 years of age? A question that is often asked, but almost never answered the same way. That answer truly depends entirely on the individual in question. Mainly because of the fact that we are all different people respectfully. Some people tend to be low key and just want to go out for a simple meal at their favorite restaurant. Some people are party animals and would prefer to go clubbing. Others still will tell you that they just want to go away for the weekend because they wanted to make memories. Although it was almost 10 years ago to the day, I remember mine to the last detail. I went to Las Vegas, Nevada for my 21st birthday. So, in a way, I have done all three of those things during that time.

I come from a town of a culture quaintness that I wouldn't trade for anything. The attractions within the town are decent as far as towns in New York are concerned, it's spitting distance from the Burroughs of New York City and has people who are down to earth to say the least. That being said, it seems to lack the attractions that have been found out on the western side of the coast. Las Vegas and it's abundance of nightlife, casinos, shows and bars were all things not found in my neck of the woods. That's not entirely true. I come from an Irish town. As such, many a bar seems to flourish well. In fact you could say that a beer stein is the town's native bird. Joking aside though, as nice as my otherwise rustic town was, it failed to have what I needed for a proper 21st birthday.

For you see, I like to live in the moment. Which I know is a very Chris Farley way of living, but I want to make each and every memory as as I possibly can. memorable as I possibly can. For we get only one chance at life, so why not make the most of it.

The exact date of my birthday was November 14th, 1990. Which, when I was born, fell on a Wednesday. 21 years later, it had fallen on a Monday. As such, we had to wait until the 17th to go to head to Vegas if we wanted to spend a weekend there. If we had gone the weekend before, I wouldn't be allowed in any bar or casino. Thus rendering the trip moot.

The big 2-1. The year where I can go into any bar, casino or any other place I wish and no one can could say boo about it. As such, it would only be worthy to celebrate this monumental occasion with a trip to Las Vegas, Nevada. I figured, I'm only going to turn 21 once, why not make memorable? Of course the irony in the matter is that Vegas (otherwise known as Sin City) is well known for inducing hangovers. Most famously, from the movie of which the alcohol based condition was named from. That being said, I still had my heart set on doing Las Vegas for my 21st.

I went with my best friend for over 20 years, Johnny, his father (Lex) and my dad (Francisco). We were going on the 17th (which fell on a Thursday) and planned on returning on the 21st (that following Monday). It was all planned out. We had stayed at the Luxor hotel. A pyramid shape hotel and casino that had a more Egyptain theme to it. From the atmosphere, to the waitresses who dressed like Cleopatra, to the slot machine's that had an Egyptain fell to it.

My father had booked two rooms. One was for myself and Johnny. The other was for Lex and himself. Each room had two twin beds and was connected to each other by two doors. One on our side and the other on there's. That way, we can stay connect if something goes wrong. Like if we had lost a room key and couldn't get in.

Johnny and I wanted to do more of the more mature based attractions that Vegas was known for. Such as gambling, drinking and clubbing on the nights it took place. Since we were both of legal age to do such thins. Lex and my father on the other hand, wanted to do the more touristy stuff. Some of which includes: taking a bus to the Hoover dam, checking out the Las Vegas Natural History Museum and going on the Big Apple coaster. We did meet up on occasion. Like to see a show or two or to share a meal from their endless buffets of prime rib and other savory meats (and vegetables to a lesser degree).

It was easily one of the best birthday's I personally have ever had. It was filled with memories, laughs and inside jokes that my buddy Johnny and I still tell each other to this day. I am so glad that he and his father were able to help me celebrate my birthday properly and I'm so glad that they are in my life. I also would like to thank my father for making this trip possible.

I'm Tyler Brooke. I'm 30 years of age and have enjoyed writing all my life. I'm a published author with one book to my name and plan on writing more. I joined this page to express myself creatively and to read well written stories.

More stories from Tyler Brooke and writers in Humans and other communities.