by Miss Ruiz about a year ago in fiction
Report Story 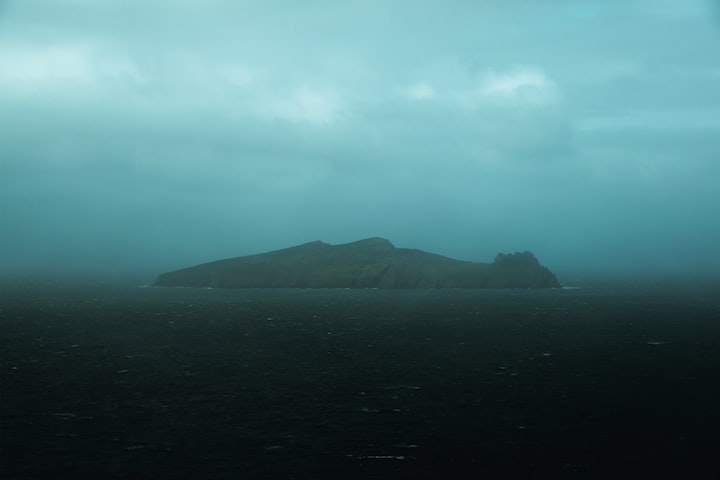 Photo by Alex on Unsplash

She spread her toes in the white sand, feeling the heat run up her legs. She loved to just lay there in the sun, soaking up the heat as a lizard would. She remembered laying in the sun with her little brother in the backyard in the summer. He would always burn no matter how much sunscreen they would put on him.

It was relaxing being able to sit on the sand when the tide rolled back. Her small island made it nearly impossible to enjoy herself as she was very much stranded. Where there was land, there was mostly jungle. She had attempted to clear some of it initially, but without tools, it was useless. Haya had been stranded on the island for what she estimated to be about two years. She knows she could be wrong, with delirium setting in every once in a while. Sometimes she sleeps her whole day away because of a lack of energy. Yesterday, she was able to catch some fish so, her energy was up.

Haya now uses her boat as a home. She was able to drag her rowboat inland, propping it up onto some fallen tree trunks to make a small space to sleep. The boat was no longer useful as an escape. There were holes all over it from the wreck, but as a shelter, she made it work by laying multiple layers of weaved leaves over the boat like a tarp to keep water out.

She had originally tried sleeping on the beach, but something was out there at night that she preferred not to meet. First, it was just the sloshing of water which is normal as the waves hit the shore of her island. Next, there was a low groaning and growling. Haya did not stick around to find out what that was, heading inland and sleeping in a small clearing, not that she really slept, fearing that whatever made those sounds would venture in her direction.

She had to go back to the shore the next morning to search for food and found tracks on the beach that was not her own. They were large and dragged as if the creature could not lift its feet... or appendages correctly. Haya sharpened a stick on a rock in a feeble attempt to feel safer. She also used it to try and catch fish, but she did not feel safe in the water. Haya never saw anything but, she always felt like she was being watched or that thing was waiting just below the depths that she could see.

Haya learned that this only roamed the beach at night, so she steered clear. Once, she witnessed it through the thick leaves. It was large and dark, but she could not discern any parts on its body. So, for the nights, she confined herself to her boat and, during the day, she would walk the beach.

Today, she saw something. She was just about to head back to her shelter as dusk was beginning when she spotted something glaring at her from a distance. The light bounced off of it, creating a reflection that repeatedly passed over Haya's eyes temporarily. Could it be? Haya squinted her eyes to look. Just at the edge of the horizon was a ship.

Haya let out the most guttural scream she could muster in desperation. She stumbled down the beach with her sharpened stick before jumping into the water.

"Please! I'm here! Help me!" She swam as fast as she could, hoping that the ship would not be going too fast or hoping that they might be coming towards her for some reason.

The sun began to set, and the ship began to vanish in the dark, as the sky seemed to vanish into the inky ocean.

"Please!" She would stop every once in a while to scream once again, delusionally thinking they might be able to hear her.

Something grazed Haya's foot. Haya began kicking vigorously to shake off whatever had touched her and to propel herself forward.

Haya refused to go out like this. She had made it two years stranded on an island and now was her chance to go home.

It tugged on her.

She couldn't see anything in the dark water, so she started stabbing aimlessly below her before swimming again.