by Miss Ruiz about a year ago in psychological
Report Story 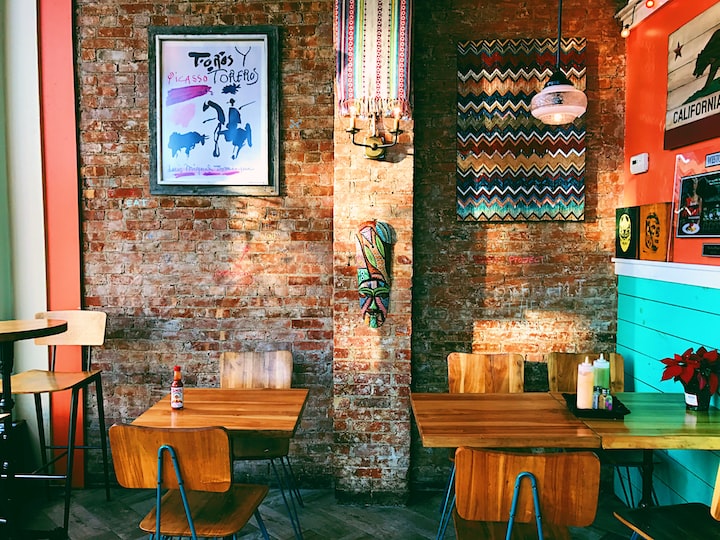 Photo by Katlyn Giberson on Unsplash

Cheyenne was always told not to go to that cafe. The cafe on Rose and 5th was supposedly owned and run by a cult. Of course, this was all a rumor. In reality, it's just run by vegans, so of course, the older people in town were scared. Cheyenne thought it was refreshing to see some modern ideals in her small town. Although, they were still a little too out there for her taste.

It became her daily routine to go to the cafe first thing in the morning before heading off to her own job as a maid at the local motel. The pay wasn't good, so she did not make much, but the cafe was cheap. She would usually come in just for a small cup of their cheapest coffee, and if she got a tip, she could treat herself to a bit of breakfast like a slice of vegan banana bread that was absolutely divine. The cafe itself was nothing amazing to look at, a small space with a couple of repurposed tables and mismatched chairs. The walls were decorated with artwork by the people who worked there, and you could buy it to support their endeavors further. Cheyenne couldn't afford the art, and she didn't have a place for it at home, but she always admired it in the cafe.

The art was strange. It was nothing traditional which Cheyenne guessed was a part of the appeal. The art pieces were all done by different employees in the cafe but have had the same motif of something wrong with the eyes in the art. Whether it's photography, a painting, or a sculpture, the eyes draw you in. It was strange, but Cheyenne just admired the art.

The employees were nice people that were happy to see anyone come in. It was usually quiet in the cafe because most people were scared to come in, but the few people who did became regulars and quietly chatter with the employees. Sometimes, the regulars would suddenly be behind the counter taking orders as well.

On a regular Tuesday, Cheyenne came in and ordered her small coffee. There were a couple of people taking their treats and coffees to go. In the corner, at the window, sat someone she had never seen before. The man glanced up at Cheyenne, giving a quick nod before looking back out the window to see the people gossiping in hushed whispers as they passed.

She waited by the counter as they made her coffee, making small talk about the weather and local news. Finally, they passed her cup to her, and she turned to leave, but the man that was previously in the corner was now blocking her way out. He wasn't facing her. He leaned against the door frame, holding a cigarette between two fingers on his right hand.

He didn't move. He didn't even acknowledge her. She tapped him on the shoulder. He gave a glance at her and huffed.

Cheyenne felt her lungs get tight as he continued.

"My people like you. They want you to join us." The man brought the cigarette back to his lips, taking a slow drag. "What do you think about that, Cheyenne?"

"I'd like to get to work. Excuse me." She tried to squeeze past him, but he quickly stood in the middle of the doorway.

There was an audible click. Cheyenne glanced down. His hand was holding something in his pocket, and she knew it was a gun.

"Go behind the counter. Walk into the kitchen."

Cheyenne never thought she would ever be in a situation like this. Normally, she was careful. She had always felt safe at the cafe until today. She began to shake; she didn't have anything to defend herself. Wait, yes she did. Cheyenne quietly uncapped her coffee before turning and splashing it across the man's face. She bolted out the door and away from the shouts for her capture. She would have tried to disappear into the crowds but there were no crowds in this tiny town.

One voice echoed across the street as she dove down an alleyway.

"CHEYENNE!" The man roared her name causing a few people in stores and on the street to turn and stare.

Cheyenne made it home, locking all her doors and windows. No one came for her, or at least she never saw anyone. She stayed up all night, sitting in the corner of her closet, clinging to a baseball bat and praying no one had been able to follow her home.

The next day she hopped into her car and drove two states over to her mother's house. She had her stuff shipped to her, vowing never to return to the town.