by Megan Baker 5 months ago in social media
Report Story 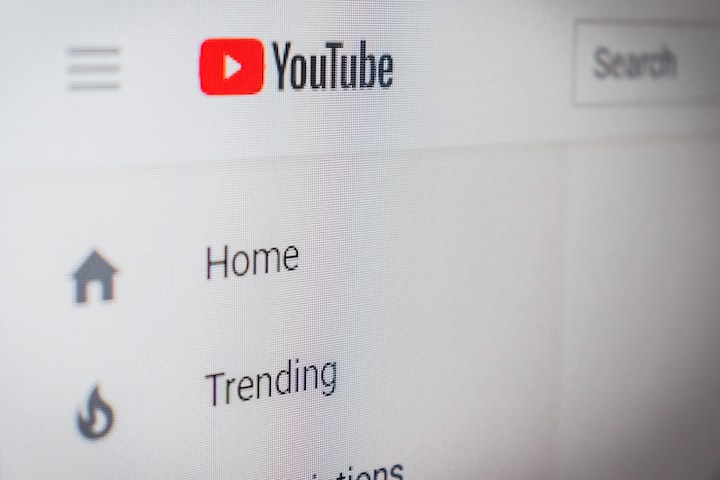 After creating Baker’s Dozen lists for my Spotify Wrapped playlist and podcasts I loved in 2021, it seems fitting that I should also create one for YouTube channels I loved this year! Why not, right? I’ve been having fun! Below, I introduce my 13 choices for my favorite YouTube channels in 2021! Unlike the podcasts list, the YouTube selection is a little more varied; there’s still crime and mystery to be had, but also channels that cover natural history - animals and evolution - therapy, and character and world development for writers and filmmakers! So let’s get to it!

While he does have videos on other topics, I became a fan of this YouTuber’s channel in 2020 for his videos on the Jurassic Park franchise. The movies and Netflix show, Camp Cretaceous, are comfort movies/shows of mine, so when I'm not watching them outright, I do enjoy a good video concerning them!

From frequently asked questions about the movies, to speculations about upcoming films and seasons, to reviews on Jurassic games past, present, and future, Klayton covers it all, and he does it well! There are other YouTubers that also handle similar content pretty well, but I always find myself seeking out and rewatching his videos! I may have found him in 2020, but I’ve been digging his channel all throughout 2021!

If the “strange, dark, and mysterious presented in story form” sounds like something that’s right up your alley, look no further than MrBallen! Aside from his frequent encouragement of the abuse of the channel’s “like” button, he’s a rather polite storyteller who presents terrifying - often true - tales in a way that is engaging. Whether it’s breaking down paranormal episodes from TV shows, informing viewers of tragic ways others have met their demise, or introducing the audience to David Paulides’ “Missing 411” cases in spectacular storytelling fashion, MrBallen takes his audience along for the ride!

While he started off on TikTok (which I do not use), he began his YouTube channel and has since grown quite the following! Like Klayton’s, I find myself drawn to rewatching his episodes, and his storytelling has been a welcome companion in 2021! So consider checking him out, and don’t forget to "smash that like button"!

When it comes to true crime, Stephanie Harlowe has quickly become one of my favorites! While she can become impassioned during some of the most aggravating and heart-wrenching cases, it only adds to her brilliant coverage of the crimes! I mentioned her podcast, “Crime Weekly” in my “Baker’s Dozen: Podcasts I Loved in 2021”, and her YouTube channel is equally amazing! She even has some fun with her last name during October, posting “Harloween” episodes! So grab your coffee; you’re going to need it after hearing about some of these cases!

Another true crime YouTuber, and one also mentioned in my article on podcasts I loved in 2021 as one of the hosts of “Mile Higher Podcast”, Kendall Rae has well-earned her spot on my 2021 favorites list! Whether she’s talking about a case on her own channel or joining in with her husband on their podcast, I love what she brings to each! Doesn’t hurt that she too, is a Coloradan! Love what she’s doing - and over 3 million subscribers agree!

As much as I enjoy coverage on crimes, it should come as no surprise that here is yet another true crime YouTuber! However, what stands Bella out from the previous two is that she applies makeup while giving viewers the details of the crimes! She also has some other videos of other topics, but I mainly know of her through her crime coverage! I find her tellings to be the most relaxing of those mentioned, and she does have quite a following; about 2.5 million subscribers!

Now here’s an entry writers and filmmakers should be interested in! This channel loves to cover those little details creators want desperately to include! And loves to cover character arcs; particularly from Avatar: the Last Airbender! I don’t blame him - those character arcs and worldbuilding are fantastic, and the fanbase of the show is proof! Timothy Hickson - the YouTuber - is also an author himself, and I am personally interested in his books: On Writing and Worldbuilding: Volume One and Volume Two! Guess I forgot to add those to my Christmas list this year! He does a great job of breaking down important information on what works in writing and what doesn’t!

One’s a therapist and the other a filmmaker! Combine the two and the audience has a charming duo that breaks down scenes in cinema to determine where our favorite characters are at mentally and how the scenes were directed to amplify a character’s arc! Whether it’s narcissism, parental support, or PTSD, this duo puts characters under the magnifying glass to figure out just what makes them tick - and how key scenes highlight this. I adore what they are doing here!

Now if only they’d do an episode on James “Bucky” Barnes, AKA the Winter Soldier; that guy hits close to home and I’d be interested to learn why!

Continuing on in the vein of therapy, Psych2go has played a role in me coming to terms that it isn’t just a few odd occurrences that I should be seeking therapy for; there’s some underlying things. It shouldn’t come as much of a surprise, and it doesn’t.

The channel, boasting over 8 million subscribers, features soft narration and cute and friendly animation. The narrator explains signs to look for for various mental health issues, and helps pinpoint root causes. The questions posed to viewers are simple, but effective, and can stop an audience member cold when they realize, “hey, that sounds familiar/that rings true”. Trust me, I know from experience! I highly recommend it for anyone struggling with their mental health; it may point you in the right direction.

Vocal.media’s own Caitlin McColl has even edited for this channel, as I found out while reading this piece, “Helping Mental Health - One Edit at a Time”. So thank you to Caitlin for helping a channel that has helped me!

This channel features several guys who present facts about prehistoric life! Particularly interesting to me are their videos celebrating subscriber numbers; for major milestones, they often create a video special for the wildlife that would have been around that same number of years ago. For example, when they reached 300,000 subscribers, they created a special about prehistoric life on each applicable continent 300,000 years ago! I’m excited to see what their nearing milestone brings, as they are closing in on 500,000 subscribers! I’m digging how they present their videos, and look forward to their future videos that delve deep into the past!

With my love of prehistoric creatures and animal evolution, it should come as no surprise that the Smithsonian Channel appears on this list! Occasionally, they’ll even get me to check out a history piece, and that is certainly no small feat! Each video is presented with the quality you’d expect from such a well-known name, and there’s something for everyone in both content and video length! Dig in!

We aren’t done with digging in the dirt just yet! This channel features shorter videos - usually less than 15 minutes - that cover questions about the prehistoric world. Hosts even read jokes submitted from viewers who meet certain criteria at the end of the videos! The hosts vary, but are friendly and engaging, and this makes the channel a nice way to digest information on those lazy days!

Yep, it’s another prehistoric channel! When you’ve watched as many documentaries as I have, you’re always looking for more tidbits! While I don’t always enjoy the presentation as much on this channel, it doesn’t take away enough for me not to enjoy it overall anyway. I’ll tolerate a narration I don't love if the rest is solid; if the video content is done well and the information good. Make no mistake - I enjoy this channel. And so do 100,000+ subscribers, which is not bad for a channel about prehistoric life!

To round out my 2021 list of favorite YouTube channels, let me introduce you to Maja Mabengeza! I’m newly acquainted with her channel myself, but I've been impressed with what I've seen so far. I love her accent, her humor, and the detail she’s put into her crime cases!

She’s recently posted 4 parts on the Lisanne Froon and Kris Kremers’ case - the lost girls of Panama from 2014 - which is how I found her! Each part is about 2 hours, and she’s done some work on the case that I haven't seen others do, particularly in podcasts! I was impressed that she actually sought to read the journal entries Lisanne and Kris made, and her presentation - so far - has answered some questions that made a particular guide very suspicious and presented a narrative that makes him less so. I say so far because I have only watched the first two parts; I have to be in a particular mood to dedicate myself to two hours at a time for a case.

That said, I’m so impressed by what I've seen so far, I couldn't help but give her the 13th spot on this list!

Thank you for checking out my list of favorite YouTube channels in 2021! I hope you’ve enjoyed it and consider checking out any that interest you!

More stories from Megan Baker and writers in Geeks and other communities.