How to Upgrade to 'BioShock: The Collection' on PC

by Dustin Murphy 2 years ago in first person shooter

'Bioshock: The Collection' is one of the games many of us have been looking forward to most of this year.

Bioshock: The Collection has been getting teased for years and in less than 24 hours it'll be sitting on PlayStation 4's, Xbox One's, and PC's around the world. Featuring improved graphics, performance upgrades, and an overall better experience; Bioshock: The Collection is one of the games many of us have been looking forward to most of this year.

Preparing to see this version may just be a bit harder when it comes to upgrading your copies of BioShock and BioShock 2. If you're ready to put on your best pair of rainboots, a rain hat, and grab your best pistol - let's get you ready to experience the newest version of BioShock stories!

You'll Need Proof of Purchase for both BioShocks

With BioShock sitting over nine years old, the first thing you'll want to do is find your proof of purchase for the original game whether it's digital or physical. Yep, if you don't have that old crumbled up yellow receipt, you may be in a bit of a pickle here, but luckily, you'll want to contact 2K support in order to do so.

For those of you who bought one so old that it didn't come with a CD key before this all began? You're in for a roller coaster ride as 2K Software - the publisher behind the Borderlands series - hasn't announced how to go about this and what you'll need to do to upgrade. Luckily, 2K has one of the best support teams I've had the chance to work with and they seem to ensure their customers walk away happy with their experience.

For all of you the next step luckily is a little less painful - or so I hope. You'll want to get your Games for Windows Live key - remember that annoying login to Xbox Live you used to do - sure you do - you'll want that key. From there you'll want to go in order to go through the support process. It could take up to a couple of days for this to process. Once it does? Prepare to see Rapture in a whole new way than ever before.

I Bought BioShock on Steam - What do I do?

Steam users luckily for you? Nothing. Quite literally nothing. Your versions are said to be sent out on the 15th of September (Thursday, Sept. 15th, 2016). All you need to do? Check your Steam library and if it doesn't show up? Reach out to steam support. Just note, you'll probably want to double check to ensure you own all the content for these games as it hasn't been clearly outlined if it's a required must-have.

So I Got the Process Done - PC Specs Required?

Luckily for the large majority of you, the hardware process isn't going to be a jump in hardware for you to meet. Even with medium-end PC's you'll be just fine when visiting the freshly molded version that fits our modern needs in order to take the roles of Booker DeWitt, Elizabeth (the franchises only playable female), Delta, and Jack once more.

As said, many of you should easily meet the system requirements as long as you have the latest system updates, drivers updated, and enough hard drive space to ensure that these newly remastered versions don't eat up your storage space. 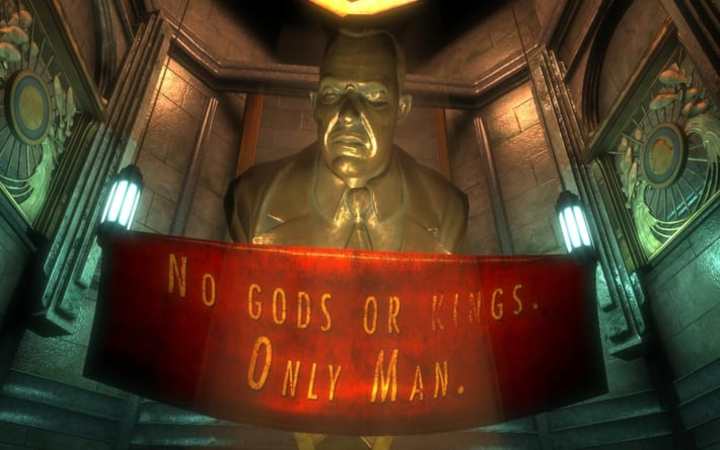 What Comes in the BioShock: The Collection?

The collection comes with fully remastered versions of BioShock and BioShock 2 featuring all previously-released single player DLC to date. Fortunately, BioShock: Infinite has met their requirements for staying modern and won't see itself getting a remastered edition. Luckily, that's probably fine for many of us as the game stands out on its own and remains one of the best looking games to date.

The Collection will also feature a video series from series creator Ken Levine as well as some minor upgrades all around. As stated this means performance upgrades, graphical upgrades, and even some tweaks to ensure the best experience possible.

So sit back, grab your best chair, grab a few drinks, a pizza, and game on!