by Nancy D 6 months ago in adventure games

Deep Sea Fishing is yet another game that claims you can make real money just by playing a game. This time they are promising Amazon Gift Cards! Is this one legit... or is it another scam? I downloaded the app myself and I played the game just to let you know!

How does the game work? 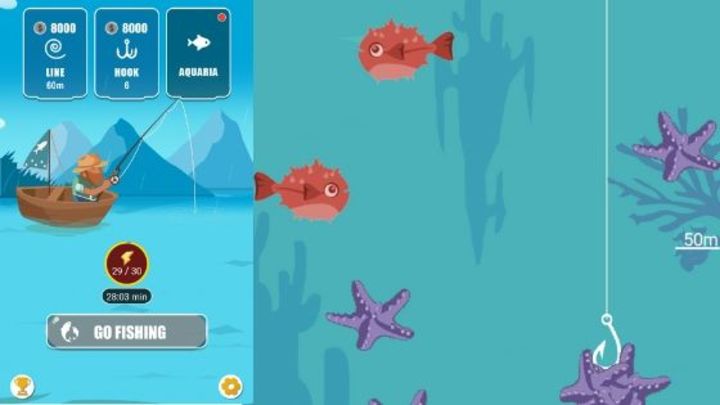 First, you click a big button that reads "Go Fishing." The fishing line gets cast down into the water, and then you use your finger to move the hook left and right. You can also sometimes just leave the hook alone, and let it collect whatever is in the center. However, don't be fooled! The points you earn from this doesn't affect your 'Cash Balance'. The only time you can earn any supposedly real money is when a 'Cash Bottle' appears near the 'Go Fishing' button. In other words, the actual game play has NOTHING to do with any potential earnings you make... which isn't exactly what they were advertising! 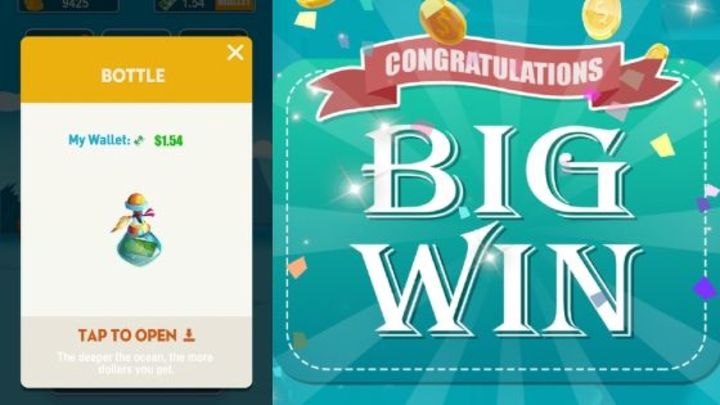 During the tutorial, your first BIG WIN is $1.54. It's the same for everybody... you are not lucky. Then, once you get past the tutorial, your 'Big Wins' suddenly don't seem so big anymore... The amount of money I was earning decreased significantly each day. At first your Big Wins will be about 10-12 cents each... which isn't bad if it actually stayed there... but it doesn't. As you continue to play the game... your Big Wins will drop down to four to six cents each. Meanwhile, your cash bottles will appear less frequently. Eventually, your BIG WINS will only be one cent each... Big Win my ass!!! After that, you will stop being able to earn any money at all! 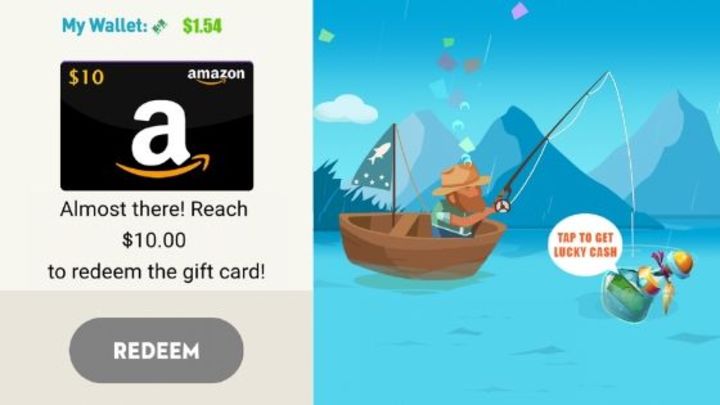 The app claims that you can redeem a $10 Amazon gift card code once you reach $10 in credit... but what they don't tell you is that no matter how much you try, and no matter how long you have the app for... you will NEVER reach that $10 in credit. Once you get to about $9.50, the game makes it impossible for you to get any more. There are a couple ways this could happen... what happened to me is that the cash bottle started spawning under my hook, making it impossible to collect any more 'real money'. Some people claim that once you get to $9, the game will either crash or re-set itself... leaving the code 'NAn' where your earnings used to be.

Scam! Please don't waste your time on this app. 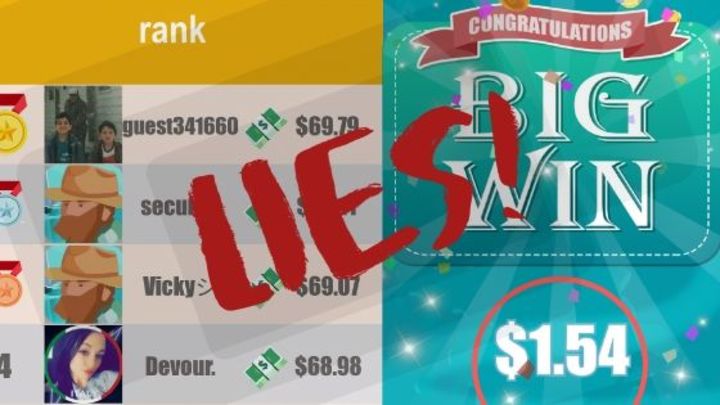 Not only does game give you less and less winnings as you keep fishing... but the game will cut you off at about $9. It is impossible to ever reach the $10 minimum payout. The game just wants you to watch ads and make them money... all with false advertising that you can actually make real money playing a game. It's kind of funny though... it's a "fishing" scam!

The fishing games appear to be a bag of lies! However, there are a few apps out there that I know really pay! Have you tried apps like Lucky Miner by Lucky Miner Company instead?

Don't let these scams get you!

I have tried all kinds of cryptocurrency apps, and I am happy to announce that some of them are real. However, it can be a challenge to dig through all of the apps and offers that are just scams and nothing else. Some apps will give you the first $3 easily while almost never giving you another cent... while other apps never give you any money at all when it advertised to do that exactly. I want to call out the scams and publish all their lies. So if you want to know all about real vs. scam apps and websites, then I have your back!

Hello. Nice to meet you! How are you? Hmm... this feels like a really one-sided conversation... why don't you follow me on social media so I can get to know you too!

Want to have your story told too?

Want to share your experience with this app? Know any other scams out there? Be sure to tag me on twitter if you want to let me know about something!

I started blogging about two years ago, and my collection of blogs and articles is getting pretty impressive. I’ve taken online classes for writing, and even some classes about the art of blogging itself. It would be really awesome if you join the adventure and maybe even help me think of what to write about next. If you would like to submit some feedback or ideas, you can always tweet me on Twitter.

Thank you for reading my article. Would it be okay if I ask another favour though? Would it be okay if you share this on your Facebook page or Twitter? If you can't share, there is a tiny little donate box at the bottom too. No pressure though, just thought I would mention.