by Byron Hamel about a year ago in Science
Report Story 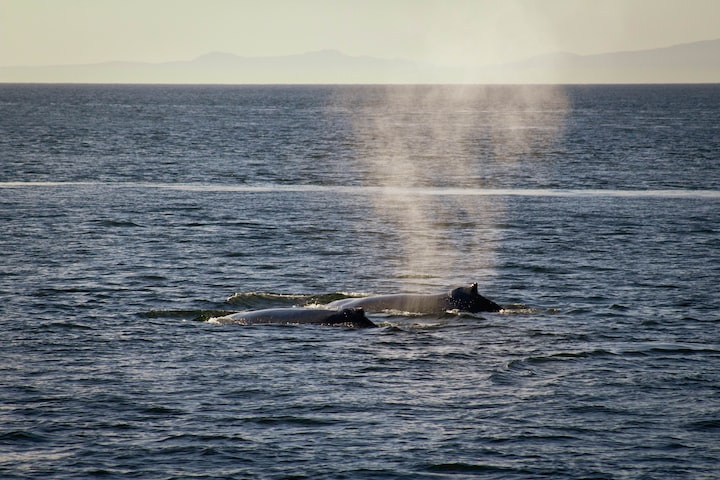 Photo by Ryan Stone on Unsplash

While we do appreciate the magnificence of the whale in nature, and have for centuries benefited from the splendor of its many varied resources, not the least of which is ambergris, the miraculous and naturally sourced rare product of sperm whale turd used in perfumes, which has a higher value than gold by weight, we do have one primary complaint about these majestic creatures.

It is the smell. Dear Lord in Heaven. Why?

Yes, we are the ones who built our boats and decided to go to sea in pursuit of their greatness. And yes, as mammals designed for life on land, there is a certain folly inherent in this human endeavor. But does this trespass require such a harsh penalty?

Must we all be punished? Not all of us are Moby Dick's Captain Ahab, intent on pride and fortune, poisoned by vengeance and the desire to murder wild sea beasts at all costs, including the lives of our shipmates and ourselves.

Some of us are just, you know, there to take pictures.

Imagine this: You're one of us humans. And you just really appreciate life and nature, and being in it, and knowing you're a part of it. You've danced in the rain. You've camped under the Northern Lights in North West Territories. You've hiked the trail of the Basho Wayfarer in Japan. You've even skydived over Victoria Falls in South Africa. But you've never seen a whale.

You've seen them on Blue Planet, of course, the spectacular exploration of sea life expertly captured by the BBC and voiced with impeccable timing by voice over god (small g) David Attenborough. But never in real life.

So you work and save for years, because you can't just get up and leave, like you did in your youth. You are, after all, a finite being with responsibilities such as work and caring for your children. You can't just... go see whales. It takes you years to build up the paid leave, and save up the money to book a flight to Labrador and charter a seat on a boat tour in the Canadian sub-Arctic.

Over the years, you've also researched cameras, and are now the proud owner of a lovely Canon DSLR, with the perfect lens for stability, clarity, and zooming in close.

You've even gone on road trips and dabbled in amateur wildlife photography to get your chops. You went on Reddit and found out how to waterproof that camera. Because, as you've seen on Blue Planet, when those whales spray, it rains gallons of nature's pure clean water on whomever is fortunate enough to stand in euphoric jaw-dropping awe of this magical marine marvel.

Only it isn't clean, is it?

Sure, it can make a rainbow if the sun hits it just right, but there is nothing, and I mean nothing magical about that experience, is there, Great One? Not up close.

Because you -- God you, not human you-- designed it as torture. And we do have to hand it to you if this is a practical joke. Because if so, well done. You certainly nailed that one.

Because up close, a blowhole is just the nostril on the back of halitosis incarnate.

And when that whale blows air and water like a fire hose out of the top of its head, right next to your boat, you taste it. And it is every foul thing.

Dear lord, in your infinite wisdom and omniscience, have you ever had your tongue scalded by a freshly roasted durian, then tripped and fell out of a second story window, face-first and open-mouthed into an alcoholic bum’s nut sack, and then he wakes up and punches you in the ear, pukes on your face, and a little goes up your nose, and it’s all so shocking that your life flashes before your eyes, but only the bad stuff, and then you get arrested by a fake cop who locks you up in his homemade dungeon with no windows for 8 years, in total isolation while the theme song from Who’s The Boss plays relentlessly 24/7, and the walls are maybe made out of rotten fish?

Did you do this because you hate humans?

I was told you made us because you loved us, but... farts! Whale blow! War and famine! All that stuff.

I could maybe understand better if whale blow were reserved for people serving hard time for crimes against humanity, maybe as a deterrent.

But I was just some guy who wanted to love your world and all the creatures in it. I just wanted to feel alive. To feel a little more positive about this dismal and scary world.

I’m a positive person. Really, I am. I don’t offer criticism lightly, and this is hardly an issue worth concerning myself with, but I’m telling you that this smell was compellingly bad enough for me to pick this particular hill to die on. As irrational and unstable as doing so may seem.

Yes. Despite the terrible economy, rampant assault, street crime, domestic terror, rising violence, devastating poverty, and the global pandemic humanity may never recover from, I STILL took the time to let you know how awful this smell is.

This design, and I'm not questioning your perfection per se, but it is simply awful. And while I'm sure the smell makes sense on some cosmic level we can't hope to understand, may I humbly entreat you to change the smell to, I don't know, apples and cinnamon?

Yours in respect and humility,

Byron Hamel, Chair of the Humanity Against Whale Blow Commission.

P.S. If you could find it in your heart to remove the family of skunks from beneath my house, I would appreciate this greatly as well. My neighbors are rather angry with me at the moment, and animal control's humane traps don't seem to be working. And actually, whales are alright in comparison. Wait a minute, was this you? This is what you want? For me to appreciate whales more by giving me skunks to deal with? Sneaky, buddy. Well played again. You have my everlasting gratitude.

More stories from Byron Hamel and writers in FYI and other communities.