Space what lies beyond our world 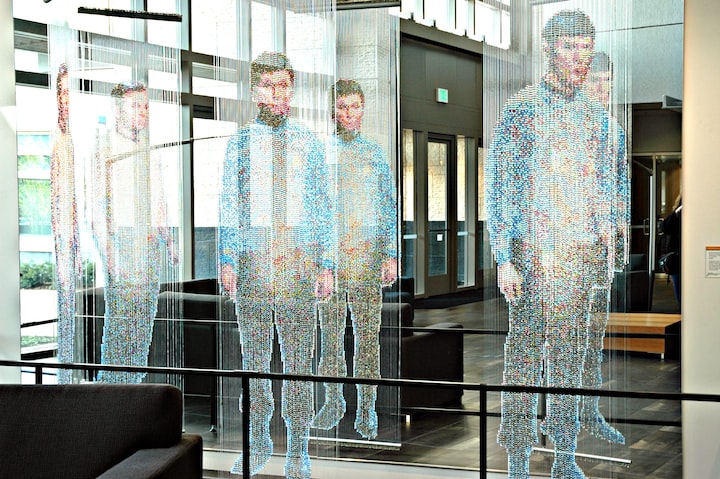 Photo by Wonderlane on Unsplash

In all the battles of what’s better Star Trek or Star Wars it’s never been much of a competition. Both stories are great and unable to be compared. Being a Child of the 80s I knew the world of imagination quite well. I have the wildest Thoughts of talking creatures, aliens and the magic within it and surrounding us in the universe. Star Trek was first introduced to me by my neighbor when I was about 4 or 5 years old. It was so fun and imaginative giving me such inspiration and hope for the future to see and meet these interesting creatures in all their uniqueness. I enjoyed the Imaginative nature a lion witch and the wardrobe due to the interesting nature of walking through wardrobe into a whole new world. This was nothing in comparison to Star Trek which took me to many new worlds and introduced me to so many awesome characters and creatures, all within the confines of my bed.

The first Star Trek book I read or rather was read to me was called The Entropy Effect. It not only sparked my love of the sciences and physics but also the wonderous magic of the possible out comes different worlds have to offer. In this story they leave to go transport a theoretical physicist who’s calcified as a murderer. Questioning the very nature of why he’s said to be killer they end up using him to hopefully help solve the naked singularity problems. So much happens in this book that’s peaks my mind in the care of nature and the universe. I already loved and cared for the natural world around me and this firmly planted me in an every changing setting of adventure, danger, heart break, and true camaraderie. in this book they hoped Mordreaux the “murderer” physicist would help solve and stop the Collapsing of ecosystems In some planets and also learn more about how to stop what’s devouring some other universes and dwarf stars.

I became pretty obsessed with space and the vast universe. Creating stories of adventure in different worlds every time I crossed into the forest by my house or anywhere really. I drove so deep into my sparked imagination that I often times I was forgotten by my mom when she would call for us to leave. I would be lost in the tree house or where ever my brain and feet led me that day. Never was my brain stuck inside the actual world I lived. I was imagining fairies, talking trees and hearing the wind sing around my ears as it made my hair sway to its heartbeat. This is all thanks to the inspiration of Spock, sulu, Captain Kirk and the amazing crew who made leaps and bounds across the vast infinite space i have always looked upon with admiration.

Beam me up Scotty!

Hoping to be beamed up by Scotty and adventure on and off the Star Ship Enterprise. I often found myself relating to the Spock and his adventures through time and space. His eagerness for problem solving and dedication to saving not only the creatures in other worlds but like life of kirk himself inspired the kindness i share with all the people I meet. spock and the crew showed readers you can never judge a book by its cover and not everything or everyone is as they appear. All are capable for redemption and also a fall from grace. He taught me the importance of reason and rational thinking and yet also thinking outside the seemingly know realms of knowledge. All things are possible if you put your mind and actions into it and Star Trek enhanced the meaning to never give up hope even at the face of adversity and danger. It’s always worth the risk to be there for your friends, family and crew.

Regardless of the debate over which story is better no one can deny the adventure and elaborate story telling of Star Trek are captivating and inspiring imagination for the infinite possibilities life has to offer. I encourage everyone to take a dive into the classic adventure of the Star ship Enterprise and imagine yourself as one of the crew set to help plants and universe in the vastness of space!

Thank you all for taking the time to read what inspired me to embrace my silly strange creative imagination from the beginning of elementary school and onward. I’m so thankful for the times I get lost in my head exploring the endless possibilities of life in other worlds. I hope if you haven’t read these wonderful stories you take the time to listen to them or read them for there is a lot to take away and learn from all the characters you come to meet throughout the many stories and adventures of the show.

Let words find you with a fun and playful creativeness.

I have some older works I’ll be adding including new creations as well. I do hope you enjoy them. I wish there was a feedback section 😜

Receive stories by Sarah urffer in your feed
Sarah urffer
Read next: Understanding the Collective Intelligence of Pro-opinion