MMCP
by Monique M. C. Prince 2 months ago in fantasy 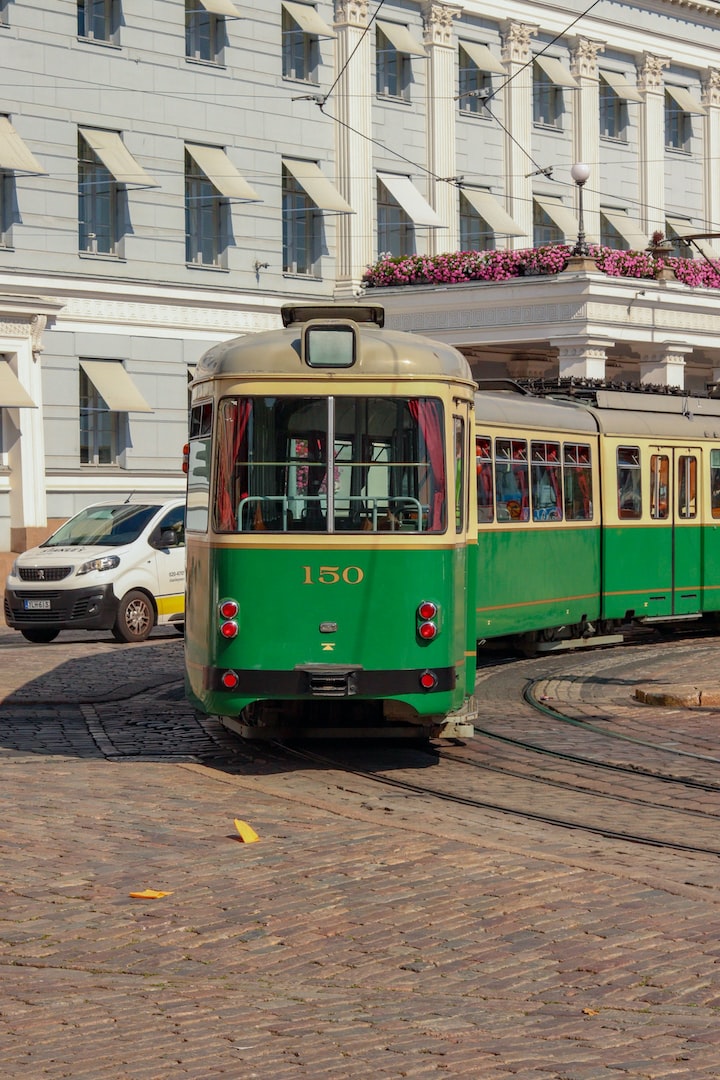 Photo by Viktor Mischke on Unsplash

Sally was born in 1887 in the midst of the Industrial Revolution. She was a beautiful shiny green, which was unusual since most cabooses were red. She was green, because unlike other cabooses, she was at the back of the wealthy folks’ train. She was very proud of her role because she cared for the servants of the wealthy who owned the train and the station as well as many other businesses. She loved her job especially because she traveled far and wide and had the opportunity to leisurely see the countryside and the big cities. She loved to see the people dressed in such fine attire, especially the ladies with their very fancy and well-adorned dresses, shoes, and hats. She loved to listen their conversations.

When Sally Green was not touring the countryside and big cities, she was being carefully cleaned and polished in the train yard. She loved her train master, James, who massaged her so carefully and dutifully so as to show her off in all her shiny splendor. He would talk to her while he worked telling her how much he adored her and what an amazing piece of artwork she was. He made sure all of the bedding for the people was cleaned and pressed, and he made up the beds meticulously. He arranged the beautiful plates, cups, saucers, and silverware perfectly as he cleaned. Sally loved her role in the railway and especially loved her train master James.

After many years of serving as a caboose, one day James came to Sally with some sad news. She was no longer needed and was being replaced by new technology and this would be her last tour. She was devastated by the news and cried really hard. She cried on and off along her last route, and when she returned, James greeted her with down cast eyes. He so was sad, very sad. He told her that this was all he had done since he was a young man and he felt lost as to where he might work since trains were becoming replaced by planes and big trucks. James gave her one last touch and kissed her cheek before departing that day and they cried together.

James went home that evening and told his wife Suzanne how sad he felt and she comforted him.

Sally Green was left behind and she sat there for many years feeling deserted and depressed.

James went on to do other jobs here and there and finally settled into being a chef at a fine restaurant owned by one of the people who used to ride the fancy passenger train. James enjoyed what he did and met many new people. One evening the owner of the restaurant came in and James made small talk with him. The man told James that the train cars which had been sitting in the train yard for a long time would be auctioned off that weekend and James reminisced with him about Sally Green, remembering how much he enjoyed working in the train yard.

The following Saturday morning, Sally Green woke up to quite a commotion! There were many people everywhere. A large stand had been set up with a man who was talking really fast saying things she could not understand. The wealthy people were back and they seemed to be competing with one another, and the speaker on the stand was babbling and pointing to each train car. It was partly frightening as she did not know what was happening. She was also happy though to see the wealthy people again. A kind woman began walking all around Sally and she was talking with a man about Sally’s poor condition and if Sally could be polished up once again. It was decided that yes, Sally could be made beautiful once again, after sitting for so long. Then just as quickly as the people had appeared, they all left. She wondered what was happening. A few days later, a huge truck came and started to haul her friends away. She was confused and sad as she said goodbye to each of her friends as they were being loaded onto the big trucks. Soon she was the only one left and she felt lonelier than ever. For three long days she was the only car left sitting in the abandoned train yard. On the fourth day, a giant truck pulled into the train yard and a man hopped out, walked all around her, and said to her “Old girl, you’re coming with me.” Sally was quite nervous about this. She was just a young girl when they brought her to the train yard and she could not remember exactly how she had arrived there. Before she knew it, she was on top of the huge truck and he was chaining her to the truck by her wheels. That didn’t feel so good, but it turned out to be a good idea because she could have rolled off the big truck and been hurt. It turned out to actually be kind of fun sitting on top of the big truck, and Sally began to feel less afraid up there. She could see quite a ways being so high up on the truck, and she enjoyed the view, especially since it had been years since her last tour. Her ride was not that far though, and before she knew it she was being unchained and lowered carefully back down. She was placed in a large lot at the side of a busy road, right next to the school in town. Many people were driving by and marveling at her. She felt very important. She had not felt that way since James had polished her and she had proudly carried the wealthy folks. She thought she was going to like this new place.

The next day, Suzanne woke up very excited. She had a big surprise for James! She asked him if he would like to go out for breakfast and he thought that was a splendid idea! As they drove past the school, he saw that Sally Green was in the lot next to the school and he thought that was strange. He pulled into the lot to take a closer look. He jumped out of the car quickly, and he greeted Sally with great joy. Sally was astounded! This was her James who took such wonderful care of her! Her heart leapt with joy! She thought she would never see him again! Here he was! Suzanne followed James over to where he was holding Sally’s side rail, and she slipped her hand into his and whispered “I bought her at the auction for you and I think it would be wonderful if we opened a little diner.” James was so excited. He had loved Sally Green the Caboose and now they were reunited and would work together forever more! James picked Suzanne up right off the ground and spun her around. He set her down and gave her a big kiss! Sally Green could not believe her ears! Her train master would once again be polishing her up to be pristine!