A gift to humanity 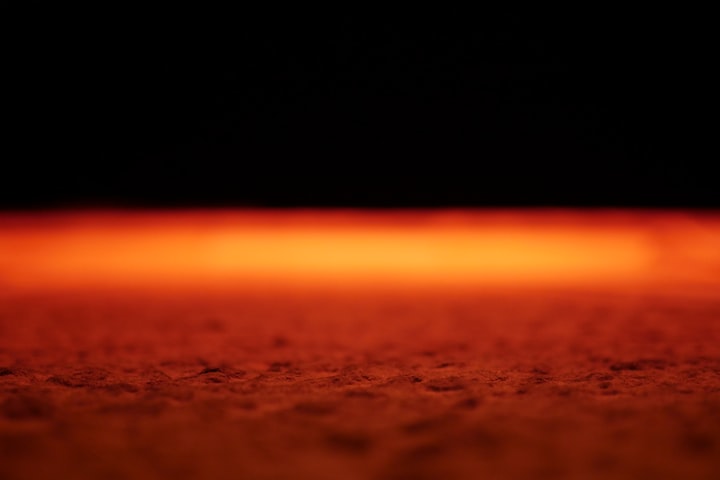 “Let me close with these final sentiments: Ladies and gentlemen of the Board, I am truly honored to accept this $20,000 addendum to my grant. This addendum will fund critical resources needed to continue the work done by our distant friend. This friend broke through the ceiling of human limitation and singlehandedly moved us into a new era unlike any our world has ever known. I am confident that this is the beginning of the end of one of humanity’s longest struggles. Once again, thank you.” The tall, green-eyed, Captain Harris finished his acceptance speech to his Board of Directors and descended the podium clutching a well-worn black notebook in his hand.

You, humans are odd creatures. We have studied you for thousands of years and found you to be truly strange. Strange, yet wonderful. We were fascinated to find that you are enamored with things like flying, deep sea diving, and ultimately anything you’re not designed to do. But mostly flying. I am certain that if I were to ask one of you what superpower you would choose, it would be flight. I just know it. And I’ve never understood why, because what you fail to realize is that flying is exhausting. Even though you, humans compete in athletic contests that push your physical skills to the limits—like marathons—I tell you that flight is exceedingly more tiring than that. You seem to believe that flying is a carefree, whimsical kind of flitting around; like your bodies would have unlimited engines jetting you above the clouds and over the sharp edges of mountaintops. But flight is hard, hard work. And I would know.

Hello, my name is Inx Tohme, the first Martian who learned to fly.

Yes, you read that right. I am an alien, and I know how to fly. And not in a plane or spacecraft. No, I mean that I, with just my physical body, can fly.

I look a lot like you humans, really. My arms may be longer, my feet flatter and wider, and the tint of my skin is different than yours. Not that odd green you’ve all imagined, but rather, a pale blue with a constant sheen of dew coating it. But my eyes, yes, you did get those right! My eyes are large vertical ovals that taper at the bottom and they are entirely colorless, just shiny, black orbs. Other than those few differences, we are quite similar in structure.

For many millennia, we, Martians, have wished to contact earth, to truly know you strange creatures. But we also wanted to introduce ourselves in the right way. We didn’t need any of earth's hydrogen bombs coming for us if we scared you. We knew it needed to be a flawless and unintimidating experience. We decided that the best impression we could make on you would be to present something you’ve never had before, something that every human craves. But earth already had the greatest number of natural resources in our solar system, so my clan and I argued over our offering for nearly 400 years. Nothing seemed to be good enough for our formal introduction.

I swallowed hard as my little spacecraft began its blaze through earth’s mighty atmosphere. It got me thinking of how my clan wasn’t happy with the nature of my departure. They said it was too soon, that we hadn’t learned enough yet about earth’s climate to deem my visit risk-free, but I couldn’t wait another day. They weren’t ready, but I was. My three hearts punched against the inside of my belly as I glanced out the tiny window to see flames flap around the sides of my ship like angry, red ribbons. It had been significantly easier to leave Mars. Our planet had much less to protect, and therefore, our atmosphere was much less aggressive.

My ship shook and rattled as the flames threatened to tear it apart, jostling every bit of my blue frame. I pressed a hand to my hearts while the other braced the most precious piece of cargo I possessed: The Black Book. It contained the results of my finest work, my Magnum Opus, to present to humanity. As a Martian, I had never been more afraid. But as a scientist, I had never felt prouder. I rubbed my fingers over its black leather binding, careful not to leave mucous smudges, and hoping that The Book and I would survive the rigorous test from earth’s atmosphere. Several minutes later, my breathing slowed as the violent shaking finally ceased. Peering out the window, my eyes pulled in the vision of vast puffs of white below me.

My dewy fingers grazed the window. Earth. It was even more beautiful than I’d believed. My ship continued to pull me down beneath the graceful billows and now I hovered high above a sparkling blue as far as my eyes could see.

Is that? The ocean? I wondered. It must be!

As I continued my descent, I practiced the precious few sentences of common earth language I knew. I had written one of them on the cover of The Black Book but wanted to be sure the message was extremely clear.

The remainder of the ride to the ground was bumpy and uncomfortable, but I sucked on a few rocks to put myself at ease. I had to look and act my best when I landed. I had done the calculations hundreds of times and if they were correct, I should be landing in America in sixty earth seconds.

And yes, exactly one minute later, the reverse thrusters floated my craft down to the ground for a soft landing in the dirt. I looked out the small window again; I didn’t land where I thought I would. I gave credit to the wild winds for blowing me a bit off course and shoving me into a forest of thick trees. They were all around. Thousands of trees!

Even though I didn’t land where I had hoped to, I was eager to meet a human, so I took a few deep breaths, clutched The Book to my chest, and pressed the door release button.

My sticky feet slurped against the floor of my craft as I walked out the door and found nothing but the forest to greet me. The scene was quiet and beautiful, but not human-packed like I had anticipated my arrival to be. But surely, someone would have seen the fiery streak in the sky and come looking for me, right?

I began feeling a little more ill and figured sucking on more moon rocks might help. As I rummaged through my pack to find more, a gentle thrumming noise sounded behind me.

I paused to listen, but it stopped.

I finally found my last moon rock and popped it in my mouth. As I turned to leave my craft again, I came face to face with a tall, astonished-looking man. He wore a blue uniform that read: NASA on the breast with “Harris” stitched beneath it. I was excited to know I wasn’t too far from NASA, (which is where I had wanted to land). The man’s mouth hung open and clear liquid pooled at the corners of his curiously small, green eyes.

I dropped my bag as I quickly recalled the earth language sentences I had rehearsed so many times:

“My name is Inx Tohme, the Martian Ambassador of Peace. I have come to establish communications with humans of earth. As a gesture of our goodwill, I have brought a gift: a scientific breakthrough, the fruit of hundreds of years of research and trial. Please accept this gift, though it will be hard work. I will be honored to act as your teacher.” I held The Book out to him.

But as a I finished my introduction and offered this human the greatest gift I could imagine, a sharp pain plagued me from deep inside my chest. I could no longer breathe. The air seemed to suffocate me even though I was pulling in large gulps of it. Blue mucous oozed from my nose and mouth. The NASA man came towards me, trying to help. I heard him talking but I couldn’t understand his words. My vision started to blur and fade in and out until it grew entirely black. I heard my own panicked feet scurrying on the forest floor, but I saw nothing. My lungs ached as if bursting and I shrieked in pain. Just five more breaths until I heard, saw, and breathed no longer. I was dead.

I couldn’t believe what I had just seen. I, Captain Harris of NASA was kneeling next to a newly expired Martian’s body, and I shook in disbelief. Hesitantly, I placed a hand on the alien’s clammy forehead and took in the fading, bluish glow of its skin. After a moment, I reached out and took The Little Black Book from the dead alien’s hand. What had he offered me? In a quavering voice I read the title aloud: “The Scientific Factor for Individual Unaided Flight of Terrestrial Beings by Inx Tohme.” I looked over at the dead Martian then at The Book in my hand. I couldn’t help but grin as I whispered to myself, “And suddenly, NASA will have no problem granting me that $20,000 addendum.”

a solemn southpaw. a wistful 4. an odd duck.