by Chloe Gilholy 6 months ago in science fiction 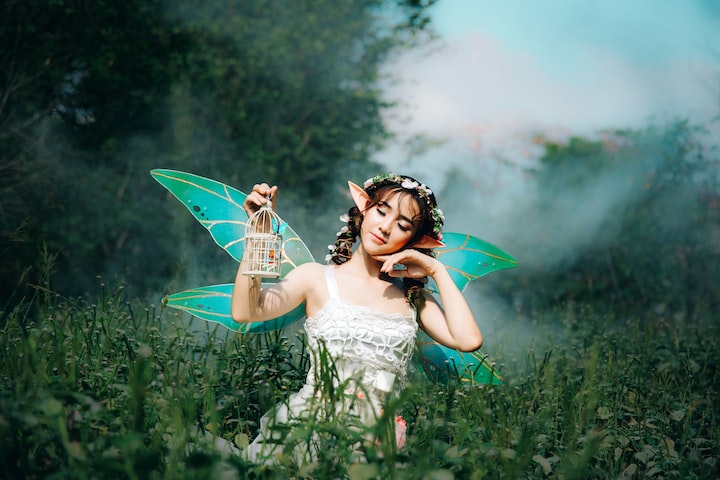 "Can you hear that?" Joyce asked one of the nurses as she noticed the doors rumbling. Looking above she saw pixies poledancing on the bulbs. Another group f fairies where by the doors loosening up with the screws. Staff had wondered why thee was sudden floods in the bathrooms and loose screws everywhere. Telling the truth would be futile, nobody would believe her if she said it was the fairies running amok.

"That noise? It sounds like somebody talking." Joyce predicted that the nurse would tell her to go to bed. All the curtains where closed, but the noise she heard was like Saturday Night clubbing. “It’s coming from there.”

The nurse appeared as if she was holding back laughter. "There's no noise in the cupboard: just cups in there."

But Joyce could still hear banter happening behind the cupboard doors in the kitchenette in the dining room. The staff continued their handover as Joyce observed fairies pulling on people’s hair. A fox dashed into the room, kissed Joyce’s cheek then fled. How could the staff not notice? It was a massive fox, bigger than all her grandchildren combined.

When everyone left, the doors swung open to find a colony of cups and saucers crammed into the cupboard. Space was sacred. It didn't help that some were on the edge of the door waiting to drop.

Iron Maiden was safe, he was a thick mug with a skeleton on it, dressed in regal clothes. He was untouched in his original packaging.

Hong-Se, a little red china cup had her golden handle pressed against Iron Maiden's backside. They hadn't seen each other face to face in ages. He had fond dreams of admiring her petite figure and porcelain skin.

"Anybody know the time?" Hong-Se shouted.

"How should I know?" Iron Maiden grumbled. "The door's closed."

"Time for some fun!" cried Polka Dot, a snazzy green cup with pearl dots all over. She was known to swing for both teams.

Hong-Se gasped, her handle appearing to lose its shine. "What sort of fun?"

"What good is that?" Iron Maiden moaned, getting fed up with the pitch black surroundings. "None of us can move!"

Polka Dot giggled in sheer delight. "Once I'm out the closet, Hong-Se, I'll show you what a good time is."

"Polka Dot!" Hong-Se cried out, slightly blushing, but grateful that nobody could see. "Cool it down."

"If only I could get out of this box," Iron Maiden roared. "I would smash your face in Polka Dot. I don't care if you're a lady."

"Ha! Your threats are useless to me," Polka Dot hissed. "I wasn't intending to leave you out of this at all. We can't move, remember?"

Iron Maiden sighed, beginning to feel that he will never be Hong-Se's cup of tea.

By curiosity, Joyce picked up Iron Maiden. She chuckled. "Yes, my Cleo was a big fan of the band. He's seen them at least a dozen times."

Iron Maiden chuckled. "He's got a good taste of music."

"Perhaps I should open you up," Joyce said.

"Don't do that!" Emily said, coming from out of nowhere. "Iron Maiden will lose his value."

"But he'll get to spend time with Hong-Se!"

"I wouldn't open it," Emily advised. "You don't know who he belongs to."

Joyce noticed a blue item in Emily's hand. "What have you got in there?"

"This is a book for you to read," Emily said, waving a book and placing it in Joyce's hand. The miniature book grew into the shape of her hand when Emily let go of the spine. "It's all about Henry Khan, his mistresses and his daughters."

Joyce observed the floral cover and curled text: The First Royal Family by Marcus Ickersurfs. She opened the book and read the first chapter straight away.

Receive stories by Chloe Gilholy in your feed
Chloe Gilholy
Read next: Television as the New God