by SH 14 days ago in astronomy

This is an analysis of what I believe could be the zodiac signs of the characters in the show "Zoey's Extraordinary Playlist" and why I think they are these signs. 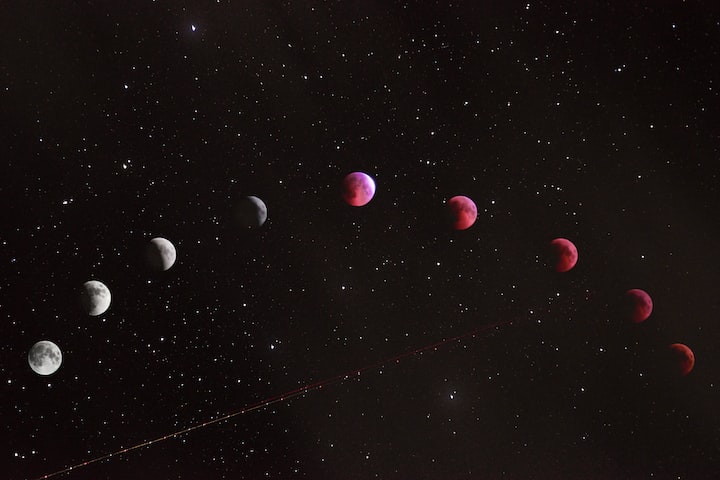 Photo by Farzad Mohsenvand on Unsplash

Disclaimer: This is solely my opinion based on how the characters behave in the show. I have no affiliation with the show and these are not the signs of the actors/actresses. Just solely based on character attributes and actions.

Now due to timing of when the episode with Zoey’s birthday aired, she could technically be considered an Aries, but personality wise gives off Libra vibes. Libra’s fully avoid conflict and Zoey does not welcome conflict easily. It takes a lot for Zoey to actually acknowledge and confront any conflict in her life. However, when she does begin to work on any complications and conflicts, she is willing to learn to see every side of a situation before figuring out how to work on it. A major trait associated with Libra’s is indecisiveness. We see up until recent episodes, Zoey can’t make any sort of decision ever and this leads to conflict which she then fully avoids at all costs.

Simon is not afraid of emotions, which is full Cancer vibes. He is a sensitive man and seeks comfort from others. This can truly be seen in his relationship with Zoey. After they first met, instead of going to his fiancé, he would seek comfort in Zoey (most likely due to her empathetic nature). He’s not afraid to show his true feelings on a subject and he is also willing to take on other people’s problems. Cancer’s will also forgive someone, but will not forget what they did and Simon gives me this vibe. I feel he is a full forgive but never forget type of person.

I think Max is a Sagittarius. With this sign, people tend to form their opinions based on their emotions and Max gives off that energy. He’s also not afraid to speak the truth, but he more so uses it as a weapon to protect himself. When Max and Zoey ended their short-lived relationship, you can see a lot of the truth come out and Max uses that to his advantage. Sagittarius’ are also obsessed with their self-improvement. I feel in a lot of conversations Max has had he is always seeking how he can improve. He also gives off the vibe that he can always just do better in every situation. While he is not afraid of being honest with others, when in groups, Sagittarius is known to be the friendliest person in the group (like golden retriever vibes) and Max will be as friendly as possible to every person he meets.

This may be controversial, but I believe Mo is a Virgo. Mo always has a million ideas for everything and is able to find some way to fix everything. Virgo’s are good at finding those quick fixes. We see this a lot when Mo is working to help Zoey with her powers and relationship problems. Virgos can also be very judgmental, but their judgement comes with good intentions. Mo isn’t afraid to call out friends and judge the actions they are choosing. We see this again within in the friendship with Zoey. Mo will and does call out/judge Zoey’s ideas/choices, but we see this help Zoey grow not only personally, but grow her awareness as well.

I think Leif is a Capricorn. He is very motivated by success and is truly motivated by his work. Now, I am also a Capricorn and as I write this, I can see how Leif and I are similar. Leif will repress his true emotions that may get in the way of success (same). We see this in season 1 when Leif and Zoey were competing for a promotion. He was set on winning, which we see with a performance of “All I do is Win”, but right after the performance tells Zoey good luck, which we see was fake. He just wants to win and is motivated to do so. Capricorn’s also tend to be the responsible friend in the group. When Leif is in charge of the “brogrammer’s” he struggles to get them to work, but instead will just get the work done himself which causes a big mistake in the coding. Confrontation and delegation are hard when it comes to working with friends for Capricorn’s. We would rather do it ourselves anyway to make sure it gets done.

Tobin is totally a Gemini. In both seasons, you see Tobin using his charismatic energy and humor to hide his true feelings. Gemini’s are not big on feelings, so they just to hide how they’re actually feeling. We learn this in season 2 when Zoey hears Tobin singing “Tracks of my Tears”, but majority of the episode he is putting on a front by saying things like “racism is whack, yo” and not taking any of his emotions seriously and telling Zoey he’s completely fine at first. Much like Gemini’s they usually break their walls and their true feelings will come up, which we see toward the end of the episode.

Maggie gives me Taurus vibes. She puts all she has into her love toward her family. Taurus fully gives all or nothing and I can see this with Maggie and all of her relationships (with both family and friends). A big trait of Taurus’ is that they hate major change. We fully see this as she struggles to grasp the reality of Mitch’s health. One nurse that they want to hire for Mitch is trying to make changes that Maggie is trying to fight against. She does not like the change at all and did everything in her power to make sure that change doesn’t occur. Eventually change is allowed, but it is very minor. We see Maggie still struggling with the big change in her life that occurs at the end of the season. It takes a while for Taurus’ to get used to the inevitable change.

Pisces energy. David gives off major Pisces energy. When it comes to this sign, the personality seems to be both 5 and 50 simultaneously and he gives off that vibe in almost every situation. Like when he was in his professional role as a lawyer he was always thinking more concretely, less creatively and was very precise when doing anything. However, when he leaves his job, we see his more child-like side, but doesn’t fully give up his adult side. He can be completely serious in communicating serious matters, but then when Zoey tries to have a conversation with him about Emily, he says things like “these are my house jeans” which gives me child-like vibes. He also wants to just have fun and not be serious all the time, but knows when he needs to be serious.

I think Emily is an Aquarius. She is a very esoteric person so she doesn’t like to let people in and only wants to be understood by a small amount of people. Aquarius’ just don’t “do” feelings, they have a more conceptual way of thinking and we see in recent episodes that Emily fully chooses to avoid all emotions possible. She is struggling with deep mental health issues, but chooses to avoid it instead of dealing with it. I also get this sense that Emily feels like she doesn’t belong and just wants to find that sense of belonging from people she is around, but also chooses to not let people in which may allow her to feel that isolation more.

100% a Leo. Full Leo vibes from Danny Michael Davis. Leo’s have big personalities and are always trying to stand out. I see this a lot in this character, he’s always trying to make himself look good no matter what. Leo’s also tend to be conceited and in a lot of what Danny Michael Davis says/does, you can see that he only cares about himself and his success. Even when having serious conversations with Simon and other characters about privilege and racism in the workplace, he manages to still try to find a way to make it about himself (that could also have to do with his white privilege, but that’s a whole other conversation).

Joan is definitely an Aries. She will say whatever she wants, when she wants which is a major Aries trait. She’s not afraid of that blunt honesty, especially to her employees. Along with this, Joan definitely invites change, because she truly gets bored very easily with anything. While she’s scared at first, she knows that change is needed to keep things interesting in her life. Joan also gives off the energy that she will get mad about something, but then quickly forget and move on with her life (dependent on the situation).

Now, these are just the characters that I feel I have enough information on to analyze which zodiac they would be associated with. I think if I watch the series again, I could get more information on characters I have not analyzed. If you have not watched Zoey’s Extraordinary Playlist, I do highly recommend giving it a try. I know musical TV shows are not for everyone, but this show works so hard on bringing light and conversation to many issues and situations that occur every day. A show that is willing to dive into issues such as racism and oppression, privilege/power, and mental health (e.g., postpartum depression) begins to start conversations that are not happening, but also does them in a way that allows for education to those who truly need it.

astronomy
SH
Read next: Understanding the Collective Intelligence of Pro-opinion
SH
See all posts by SH →