Youngsters Caught Having Sex in a Running Train

by Rui Alves 2 years ago in taboo / nsfw
Report Story 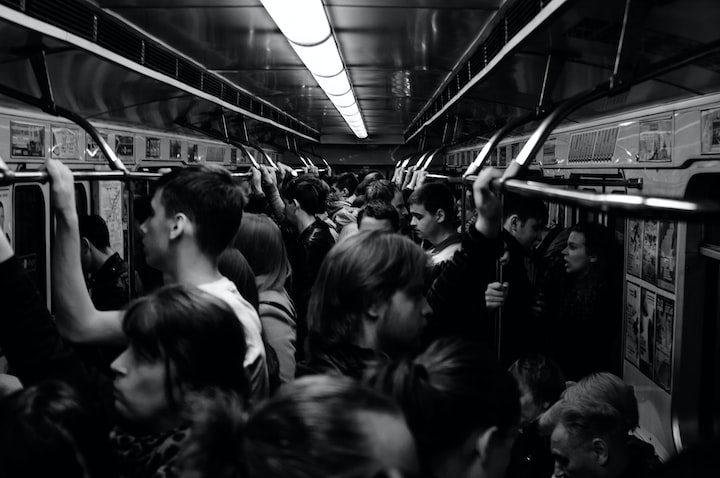 Photo by Oleg Sergeichik on Unsplash

Nations worldwide are enforcing measures to contain the second wave of Covid-19, with several countries in Europe, are experiencing an overwhelming spike in Covid-19 cases.

Portugal struggles to stay afloat during the COVID-19 second wave

The total death toll has dramatically risen to 2635, with 149.443 registered cases. Authorities so far have neglected how youngsters are possibly the highest contagion threat group.

However, schools are open, and only infected (or suspected cases) students have to stay home. For the rest is business as usual, even if there are preventive measures in place.

Nowadays, adults are advised to stay at home and do telework, but youngsters can roam free because they have to go to school.

Young adults in their 20s and 30s apparently have a higher Covid-19 incidence rate than others, thus being criticized by officials for ignoring social distancing measures.

Regarding this matter, Portuguese newsgroup, Correio da Manhã made headlines with several articles regarding videos of young adults, apparently in their 20s, having sex on a train belonging to the national rail operator, Comboios de Portugal (CP).

At least two videos went viral on social media. The first shows two young men and a young woman allegedly having sex on one seat. During the second video, the woman seems to change partners.

This was a regular train service from CP circulating on the Azambuja line. We have no information regarding the person filming, but it seems likely that the footage was being made intentionally.

The plan was apparently to create a viral video that would rapidly be trending over social media. Nothing sells more than sex during times of social distancing and respiratory etiquette. Nobody was wearing a mask, and obviously, it was impossible to keep a safe distance.

Later on, the woman apparently exchanged messages on her social networks, commenting on how all the media exposure would make her famous.

This kind of behavior is causing social distress in Portugal, not only for the disturbing content but also because it goes against all the rules for social distancing further enforced with the state of contingency.

The Portuguese Directorate-General for Health (DGS) published, in May, a report with procedures to enforce social distancing and respiratory etiquette in public transports, such as buses, subways, trains, and taxis, during the Covid-19 pandemic:

"Users have to follow the adapted circuits, standards, safety, and hygiene measures recommended in each means of transport, namely the use of a face mask, according to the legislation.

In the waiting period and during transportation, passengers must ensure the recommended physical distance from other people. Avoiding the exchange of goods with drivers, electronic payment without direct contact should be privileged."

These youngsters show total disrespect regarding Covid-19 safety rules and any other moral or social code of conduct.

Social distancing prevented the collapse of the Portuguese Health System during the first wave of Covid-19, but will it cope with a second wave?

Only time will tell, but the system has managed to cope with the exponential contagion spike for now. The medical staff, however, is already starting to show signs of burnout.

Hospitals in the northern part of Portugal are taking the strongest blow. Some have been already forced to rearrange internal services to adapt to the overwhelming number of cases. While in other cases, patients had to be moved to other hospitals.

Is this kind of behavior merely deviant, or instead is it the tip of the iceberg? Winter is coming, and we could be headed to COVID-19 longest night.

More stories from Rui Alves and writers in Filthy and other communities.