The end of my first great love 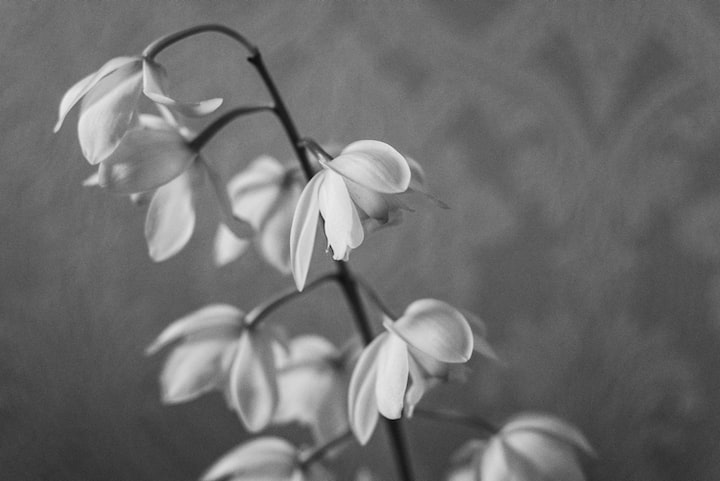 Photo by Claire Kelly on Unsplash

It’s been about a year. A year since my affair ended. There wasn’t a discussion. It seems that we both knew going to that hotel room, it would be the last time. Well, the last time in an actual bed…

Work was starting back for the both of us. The pandemic came to a slight halt. We were about to get busy and knew we wouldn’t be seeing much of each other anymore. There was a melancholy tone to it.

He had always been kinda rough in bed and I liked it. I could let go and let him take control. I was constantly in control in my professional and personal life. So, I always let him take the reins.

I was expecting the usual. The aggressive making out. Tearing off our clothes. Me getting thrown on the bed. But that day, he didn’t. He kissed me softly. Slowly unzipped my top. Lifted me up and placed me gently on the bed. He didn’t yank me to him like he usually did. Or even grab my breasts.

No. That day, he was gentle. It wasn’t fucking. It was making love. For the first time I experienced real intamacy. I liked being cared for. I liked it when we just laid there when we were done. Me in his arms. Him slowly running his fingers through my hair. We didn’t speak. There was an unspoken agreement that this was the very last time we could do this.

So, the months went by. The rest of Februarary. Then March and April. We’d run into each other around the city. At coffee shops or stores. Even on the street. We ran in the same social circles. See, I used to work where his wife worked. I still had friends that worked there with her. It was a toxic work environment which is why I left.

Then May came along. He texted me if I wanted to meet at “our spot”. The place where we’d met for the first time. Under the bridge in the park. I figured he wanted to talk about something.

I got there first. There were stairs leading down to the underpass and I was sitting there waiting for him. I heard someone say “ Hey you”.

I turned my head and there he was. Looking down at me with a warm smile on his face. He helped me stand up and gave me one of those great hugs. Then, he pulled me by the hand and led me under the bridge.

Before I could finish my sentence, he was kissing me. The aggressive way. Hands digging into my back. Grabbing my ass. Eventually his hand slipped down the front of my pants…I did the same to him. I didn’t care about anyone maybe passing by and seeing. I just wanted to be with him there in that moment.

It was dark out. When we were done we walked back through the park to get on our trains. I remember the street lamps were lit up. It has rained earlier and the pavement was shimmering. If we hadn’t just been in each other’s pants up against the wall of the underpass, it almost would’ve been romantic.

“ I have to tell you something,” he said.

I braced myself. Was this it? He was going to break it off. Or they were moving or something. I was expecting the worst. What he told me, was much worse.

“ They want you back at work.”

He sighed, “ It was her idea. It’s just for one event. She thinks you're the best one for the job.”

So the next week, I went back to my old office. I was greeted with fake smiles and hellos. Only a very few actually liked me. The wife being one of them. Eventually I couldn’t take the fake niceness from everyone. So, I made a deal with the security guard that I could work there after everyone had gone home.

They stuck me in a cubicle at the very back of the office. I only ever brought my phone, laptop, notepad, and a few pens. I was going to be out in a couple of weeks.

One late night I was working. I heard the elevator doors open but couldn’t see who came off. After hearing some rustling around, I decided to call out and see who it was.

Next thing I knew the person had followed the sound of my voice. There he was.

“ I like to work while everyone isn’t here. It’s all been cleared. Why are you here?”

“ She left some important paperwork in her office. I was in the neighborhood so I said I’d grab it.”

After that there was silence. He shifted awkwardly from foot to foot. I took a huge sigh. Then we looked at each other. As if we read each other’s minds, our tops came off and we threw ourselves at one another. What went down wasn’t love making…it was fucking.

He took hold of my thick dark hair while he kissed me. I undid his buckle and unzipped his pants. Right before I was about to go down on him, it occurred to me…security cameras.

I lifted my head up and looked at him, “ Shit there are cameras.”

He lifted my chin up with his finger, “ They don’t cover the back of the office.”

“ She told me. She says a lot of stuff goes on back here-”

He pushed my head back down. I started to give him head. Apparently I gave the best yet I didn’t know what I was doing the first time. He pulled me up by my elbows and lifted me on top of my tiny desk. He reached up my skirt and pulled my underwear off. I wrapped my legs around his waist. He began thrusting. It felt amazing. He still was the only man I’d been with. But God how I missed this.

We went at it a little while longer. Clothes went back on. I brushed my hair out. His phone rang. He answered and held his finger to his lip telling me to not speak. I could hear a woman’s voice on the phone.

That moment will stick with me forever. Him telling me to be quiet. Once again it hit me that I was the other woman. That’s not want I wanted. I wanted to be the woman.

When he was off, I said I should leave first. And that he really should look for those papers. He kissed me one last time as I left. And that really was the last time.

The day of my event, everything couldn’t have gone more smoothly. No accidents. Not even a hiccup. Everyone was enjoying themselves. I found a great band. Excellent catering. I’d really outdone myself.

Just when I thought nothing in the world could ruin this night, I look up and see them walk through the door. She looked gorgeous. As did he. Come to find out, they knew the owner of the corporation the party was for. He invited them.

She came over to me and gave me a huge hug. Praised me for the work I’d done. I thanked her. Then he gave me a hug as well. Said the same thing. I kept it together. I was equally as nice to her. I excused myself and said I had to attend to things.

I tried to keep myself occupied. But everything was going so well nothing needed my attention. I found a corner and stayed there. I almost had held myself together until I saw them on the dance floor.

The band was playing a slow jazzy tune. There they were. Swaying. Looking deep into each other’s eyes. She brushed his hair out of his face. He took her hand and kissed the palm of it. It was so intimate. Honestly, it was beautiful. I felt my eyes begin to water. I started to take slow shaky breaths. A tear streamed down my face but wiped it away before anyone could see.

What they had together, I wanted with him. I had so believed him when he said he’d leave her. But seeing them now, I knew he never would. He may have said he loved me. And he might have meant it. But he really loved her.

The slow song had ended. He gave her a little dip and kissed her. As he brought her up, the band began playing a salsa. He indicated that he wanted to dance again. She said no. Next thing I know, she pulls him over to me in my corner.

“ My salsa days are over,” she said to me, “ Please take him for a spin and enjoy yourself. You deserve it.”

Before I could protest she took my clipboard from me and passed me to him. He had a slightly concerned look in his eye. I didn’t want him to know I was upset. So, I let my hair down(literally I had it in a clip) and took him out to the floor.

We started dancing. Not too crazy. How amateurs in a competition would. Then we began to let go a little more. I let my hips start to really move. He began spinning me around. Pretty soon, the rest of the couples left the floor and we were alone. The band began to play louder. People were clapping. It became very intense. The music kept building and we kept going. When it came to a halt, we finished face to face. Our hands behind each other’s necks. And him holding my leg.

Applause filled the room. They were clapping for us. Him and I. Not her. I looked over to him. He had a huge smile on his face. I smiled and started to laugh. It was fun. He then led me off the floor.

I moved my hair out of my face, “ I’m full of surprises.”

She came over, “ You two! Oh my God you look so good together.”

Did I just hear correctly? His wife said that her husband and his mistress looked good together. How strange. I suppose she wasn’t threatened.

The night ended well. I was one of the last ones there. While she was saying goodbye to people, he came up to me.

“ That was fun earlier.”

We politely hugged and kissed on the cheek. As he turned and walked away, I knew that that was it. For real this time. It was. We haven’t slept together since. He will text from time to time to see how I’m doing. He’ll say he misses me. He’ll even sometimes randomly say “love you”. Does he mean it? Perhaps. But, we both know it was just an affair. I still love him. I always will. He’ll forever be in my heart.

There are times where I wish I hadn’t gone to that hotel room the first time. I wouldn’t be going through the heartache that I have now if I hadn’t gone. Any time I see a photo of them, my chest tightens. I replay those moments I had with him over and over again. I miss him terribly. Sometimes I cry in the night. Wishing that he were beside me.

It’s taken some time for me to heal a little bit. Let’s be honest. It’s taken me over a year. But I am no longer the other woman. And for that, I’m grateful.