Through With Love(At Least I Thought I Was) 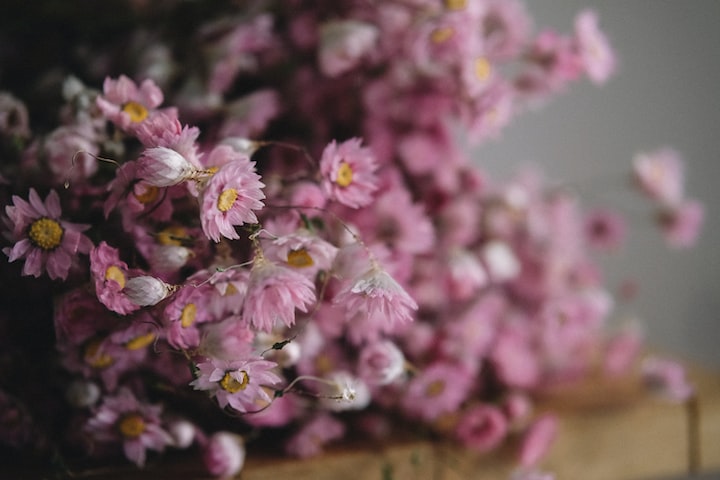 Photo by peter bucks on Unsplash

It happened again. I fell for someone. I promised myself I’d never fall again. But, here I am writing about it. I thought I was careful. I had locked my heart up. He somehow found a way in.

It’s my casting friend. The one I apologized to for being on my period(which I still can’t believe I did). He came back. Well, at the time I thought I was just gonna get laid again. What I didn’t know, is that he had a whole other agenda…

When I got the text that he was in the city, I figured I’d be in for a few fun nights on the town. There was a new show I wanted to see. A restaurant was opening. The possibilities in NYC are endless.

But what he suggested, was quite the opposite. I received the following text:

Can I come over and cook you dinner?

Cook me dinner? I didn’t want dinner to be cooked for me. I wanted to go out and flaunt this gorgeous man that I occasionally sleep with! But, I hadn’t had a decent home cooked meal in a long time…

I said that he could. And the following evening he showed up at my door with grocery bags in hand. Along with flowers and a bottle of wine. I showed him to my kitchen(if you could call it a kitchen)and helped him unload the groceries.

I had on my nice denim jeans and a cream sweater with a cowl neck. I had curled my hair in loose waves. Very subtle makeup. And my lucky Chanel No°5.

So, he cooked up steaks, asparagus, roasted potatoes, and a spring mix salad. Absolutely divine. The wine was fabulous. I did my part and made the dessert. Well, I didn’t make it. I ran down to the Italian bakery and bought two cannolis. Also divine.

We were sitting on my couch eating the cannolis. Quite close. He kept pointing to his lip. I thought he wanted a kiss. I leaned in…and he stopped me.

He began to laugh, “ You have filling on your lip.”

I was so embarrassed. I NEVER make the first move and this is why. Always let the man do it.

Anyway, I began to laugh as well. But, as I went to get rid of the filling, he pulled my chin to him, and licked it off for me. That lick turned into a very long kiss. A lot of tongue. Cannolis still in hand might I add. Then, I took his and put them down on the coffee table. He pulled me close to him and kissed me some more.

He lifted my shirt up to discover I had on my sexy lace bra. Some more kissing. I was on top of him. His back against my couch. Just as I went to unhook my bra. Again, he stopped me.

What’s with him tonight? I thought, I just want to be fucked.

“ I mean we make this more than just sex. I really like you.”

I looked down at the buldge in his pants, “ I can see that.”

I thought for a moment. I thought about how badly I was hurt the last time. How some days I went crazy when I didn’t hear from him. How one day, without even discussing it, it was decided that we could no longer see each other. But, this one was different. First of all, he wasn’t married. He was a good guy. Maybe this could really be something.

And then I thought, wouldn’t it be nice to be cared for? Loved even? It had been so long since I was just held. Kissed on the forehead. Even though I promised myself I wouldn’t ever let anyone in again, perhaps this time would be different.

I’ll never forget the look on his face. He was so happy. He kissed me again. Then, he unhooked my bra…

I remember what happened next very clearly. He had his hand around the back of my neck. Then he gently placed me down on my back. He slowly came closer to my face, looking at my bare torso then making his gaze up to my eyes.

I didn’t appreciate “fucking” being in there. But there was that word again. “Beautiful”. He said it in the most genuine way.

He laughed softly then began to kiss me again. By then his shirt was off too. I love the feeling of a man on top of me. Especially when they’re worked out. I could feel every muscle in his back and his arms. It’s a big turn on for me.

He stopped kissing me to take my pants off. But then he asked, “ Are you okay?”

He was checking on me. I’d never had a guy do that before. As soon as my pants came off they practically always went in without asking or anything.

He then proceeded to take my pants off along with my thong. And gave me the best oral sex I’ve had in my entire life. Talk about “Mr. Pussy” from Sex and the City. I mean, I had to grab the pillow behind me to keep myself grounded.

Then the usual went down. His pants came off. I gave him head. Then the actual sex began.

He was an excellent lover. That I remembered. He had a caring way of fucking. I wasn’t expecting it to get crazy. But then(while he was still in me), he picked me up. I wrapped my legs around his waist. He started to toss me up and down. I was holding on to him for dear life. Then, I started to relax. I threw my head back. This was actually fun.

After my theme park ride, he put me back down on the couch. A little while later, he finished. He was on top with his head buried into the crook of my neck. I started to stroke his back. He picked his head up and looked at me. My reaction was to give my normal post sex look. It’s all in my eyes. A hint of mystery, desire, and a bit of bitchiness.

Then I noticed his face. Calm. Peaceful. I dare say it was loving. It was like he was looking into my soul. His eyes burning into mine. Searching. I softened my gaze. For the first time in a long time, I felt safe. I gave him a soft smile. He brushed a piece of hair out of my face. I could get used to this.

After we cleaned up, we sat back down on the couch to watch a movie. He pulled me into his arms so I was sitting between his legs. Arms across my chest. Fingers laces together. And then, he gave me the most gentle kiss on the forehead.

In that moment, I knew. I knew that this was someone I’d lose my heart to. I wasn’t paying attention to the movie. All I could keep thinking of was the first one. Him. I felt this way with him. I put all my trust into him. Every guy after him, I’d have my fun then never contact them again. If they were a good fuck, I’d see them twice. Maybe three times but that was it.

As I was in his arms, I began to think about my future. Did I want to just keep fucking around? Or did I want a real relationship? Who wouldn’t want to feel loved and safe with someone?

When the movie was over, he suggested we turn in for the night. I showed him my bedroom. And then we fell asleep. In the past, I never liked physically sleeping with anyone. I’d avoid spending the night if I could. But with him, it was different. I could relax. Honestly, it was the best night’s sleep I ever had.

I awoke to the smell of coffee and eggs. I went into the kitchen to discover him making breakfast. It was adorable. I loved what I was seeing. Could I really see a future with this guy? Yes. Yes I could.

I’m happy. The happiest I’ve been in forever. I can tell him everything. Anything. I’m not afraid to cry in front of him. I’ve yet to tell him about my affair. But something tells me he won’t judge. I thought that I was through with love. Somehow, it’s found it’s way back to me.