by JB 2 years ago in fiction 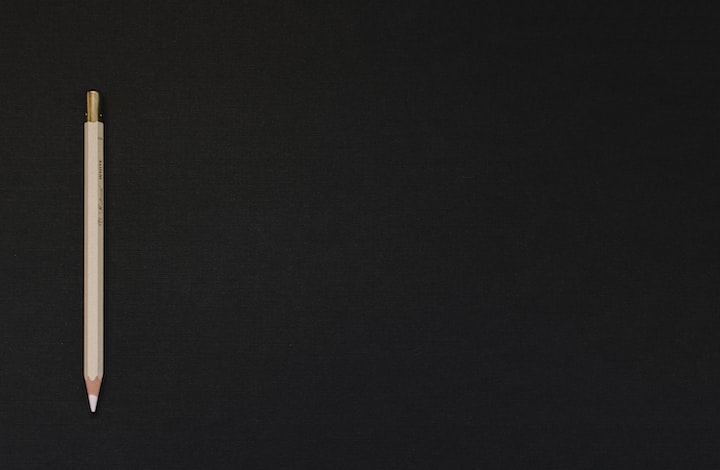 There were cracks in the walls along the burgundy bathroom ceiling and zigzagged down to the cabinet mirror. The mirror needed wiping as it was disgustingly smeared and perhaps it was smeared with random, sweaty hands. Her eyeliner and mascara were smudged and her coily hair had run dry. The girl was exhausted and her jaw ached. In fact, her legs along with her thighs terribly throbbed, and her back felt agonizing. Her hazel gleaming eyes were the most alluring, but exotic feature; let alone the built curvy hips and full lips she possessed. Chocolate freckles laid in abundance spreading across the bridge of her nose to her brassy cheeks. The eye shadow she wore sweated off, however, the colors didn’t compliment her to begin with. She let out a deep sorrowful sigh. Before leaving the bathroom and back to her client, she took one last look in the mirror. What did she see in her reflection; a dirty girl or a soulless being?

“C’mon lady! What the hell are you doin’?” A man called out from the next room.

The man had to be at the very least forty. That put a twenty-three year age gap between them. He put his cigarette out on the dull grey ashtray as she slowly but seductively approached him. To start, he had a hairy chest and beer belly; so much she thought he could grow a kangaroo sack. His teeth were permanently stained from what she took an educated guess as a combination of black coffee and Newport cigarettes. It also didn’t help matters that his mustache resembled Hitler’s and to her judgment, they could have been identical; for the tiny exception the man’s mustache was just a few centimeters wider. Either way, it made her stomach turn in knots. But she persisted. For a room on the fifth floor, the night sky view was enticing although the slummy brothels were below. It almost reminded her of heaven and hell and she was in between: purgatory. She got on top and his penis and testicles were clammy. Ugh! Yuck she immediately thought. She tried to imagine the time she met her first love: Sling.

Sling was kind and spontaneous but as time grew them closer, the deception became conspicuous and quite frankly, too late. They met when she was 14 but Sling was older. To her knowledge, he was seventeen. A year later, he invited her to his suggested eighteenth birthday party where she met her deepest nightmare. It was also when she found out Sling was actually 30 years old. Despite all the horrors she endured that night, she wanted to reminisce on their cheap dates at the diner, late night calls, and not to mention, he took her virginity. She remembered his genuine smile, his jokester demeanor, and most importantly, how he nurtured her vulnerability. Maybe it was love they shared. Momentarily. Even if it wasn’t long, at least she could experience it. That is more than most.

“Damn baby that was really good,” the man said. He looked as if he ran a marathon but only 15 minutes went by. Thank god he finished early she thought.

“Mmhm, was it now?” she replied, and gave a slight grin. He reached for a hundred dollars, which was his fee, but also a fifty-dollar bill in his navy slacks and held it up.

“Y’know, I got a little something extra here for you,” he said.

She took a hundred dollars and as she tried to grab the extra fifty dollars, he clinched his hand.

“Ah, Ah, Ah! This is extra, y’know, extra service?” His eyes were suggesting for her to go down on him. Although she despised the thought, that would make her quota for the night. Although her jaw ached excruciatingly, she went down on her final client and finished him off.

“Here,” she handed the money over to Sling. His face became slightly puzzled.

Sling slapped her across her face. He then grabbed the closest wire and struck her legs a few times.

“Bitch you think I give a damn? You need to get my fuckin’ money.”

“Can I please get it tomorrow? I am so tired,” she cried.

He walked over to grab his lighter and blunt and took a few puffs. Ironically, he pondered shortly on the thought.

“No, you goin’ back out there tonight.”

Receive stories by JB in your feed
JB
Read next: The Path