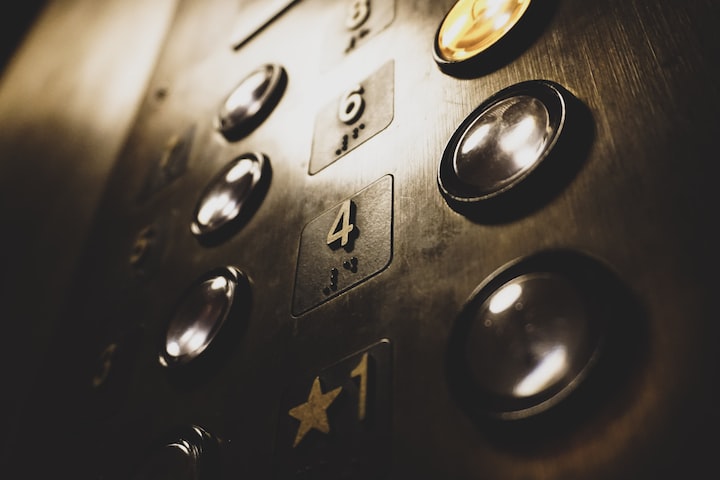 Photo by Jason Dent on Unsplash

We decided to meet that weekend. I have to admit the anticipation of meeting him excited me even more then our kiss in the car. What makes it worse is we’ve both been crazy busy at work so we’ve only spoken casually to confirm our weekend plans.

Will has been leaving flowers by my bed each day with a card saying “I love you, always will” it’s our little thing we started saying when we were dating, a play on our names. It doesn’t have as big of a impact as it used to.

Brian suggested meeting at his place but I told him a hotel would be better. I reserved a room just outside of town, somewhere we wouldn’t be recognized, for some reason that was important to me. I didn’t want to embarrass Will in case someone saw me with Brian despite his betrayal.

I see Brian’s car after pulling in. We check in together and decide to have a drink at the bar before going up.

Don’t be, he said. I know this wasn’t the ideal situation that prompted this to happen but Akira I do care about you so we’ll just let things flow naturally, let’s go.

As we walk towards the elevator he grabs my hand and holds it. I didn’t know how much I needed that. That warmth, affection. Something that made me feel like I was SOMEONE to him even though this was a one time thing.

The room was spacious to not be a suite but then again I was only thinking about the king size bed on the other side of the privacy wall.

I want to freshen up. I’m going to hop in the shower, I bought something special to wear tonight, I smiled.

Oh, so I get the whole package deal huh.

Yes, tonight you are not just my friend. This night is about you just as much as me and I want you have everything that entitles you to.

I walk over and place my hand on his cheek softly and kiss him passionately. He wrapped his arms around my waist and ran his hands down my back, squeezing my ass almost making my legs go weak. I felt so desirable.

I undressed in front of him and watched his eyes narrow, studying every curve like he needed to lock it in his memory to trace with his tongue later.

I’ll be back….I stepped into the large glass shower and let the stream of warm water hit my chest. My body was so sensitive if the water dripped on my clit too long I would have orgasmed standing there. I was rinsing off when I heard the door open. Brian walked in, he watched as the soap ran down my body.

Did you want to freshen up too?

He didn’t say anything. Just started undressing but never taking his eyes off me. His body was magnificent. He used to be a little on the skinny side when we were younger but now he had put on some weight, and it looked delicious on him.

He stepped into the shower and I started to wash his chest but he took the cloth and dropped it on the shower floor. He pressed my back against the shower wall and said, put your right foot on the cloth so you don’t slip. I complied. He kneeled in front of me and lifted my left leg over his shoulder and kissed my inner thigh. I was so thankful for that cloth because my legs barely held me up. He kissed up one side then down the other pausing over my southern lips to kiss them so gently. Stop teasing me, I moaned in a shaky breath, I want to feel all of you.

He slid his tongue slowly up and down my clit touching it lightly. Mmmm mmm, I moan. Without me needing to direct him he changes directions making small circles clockwise and counterclockwise on my clit while using one hand to steady my waist and the other to reach up and caress my breast. I grab the top of his head trying to force him to apply more pressure unable to take the gentle assault.

He takes my pearl into his mouth and sucks on it then flicks his tongue on the most sensitive part, I can feel my body tense, my temperature rising. He must feel me getting close because he grabs my hips finally applying pressure and forcing me to take all that he is giving me. He slides a curved finger inside me gesturing for me to come for him while flicking his tongue faster on my clit. I can’t handle the twin assault, it overwhelmes my entire body, my body can only screams at how powerful the release is. My legs trembling.

Brian picks me and brings me over to the bed, drying me off slightly, and applying my body oil over my body. Kissing my hips, my breasts, my collarbone, and neck along the way. I finally find some stability and tell him to lay down. I start at his feet and massage oil onto his entire body. Tracing his body softly with my fingertips. I hear a sharp intake of air as I massage his sack and take each one in my mouth massaging it with my tongue.

I’m mesmerized watching his dick pulse and jump as he hardens. Brian was one of those rare men that was a shower but still a grower with the thickness women dream about. I remember it being impressive when we were college but I just thought it was because it the first dick I had seen in person, but im still as impressed as I was then.

Massaging the length of his dick I swirl my tongue around the tip. His moans are making me so wet. There is something about a man who isn’t afraid to express and show he is enjoying the moment that is such a turn on.

I pour oil over his chest, spreading it down his arms. Then I climb on top of him allowing my body to slide up his till my warm center is straddling his dick. I kiss his earlobe whispering, you feel how wet I am baby. I grind my heat up and down his length.

Kira! He bites out, stop testing me.

He groans while cupping my ass and running his hand up my back, the condom Kira.

Not yet I whisper.

I slide back down his body kissing down the middle of his chest. I want to taste you first. I lick up and down his length trailing his veins pausing at the tip to dip my tongue in. I take his dick in as far as I can relaxing my throat while massaging and stoking the base. I allow my hands to move up and down while my mouth follows the same motion. He growls out, shiiiiiiittttt and my body tightened. His low growls turn me on making me move faster. My tongue trails the under side of his dick while my mouth is moving up and down. I start turning my hands in opposite directions gripping hard. He grabs a fist full of my hair moaning asking me to stop before he comes. I look up at him letting him see how much I’m enjoying him and wanting to watch the pleasure on his face. His head falls back and his body convulses as he explodes in my mouth.

Damn, that was amazing. I wanted to feel you though.

You will, I’m not done with you yet. I’m going to pour us a drink.

A knock sounds on the door, I immediately think Will somehow followed me but Brian seeing the panic on my face says, I ordered room service while you were in the shower. I threw my dress over my head and throw the sheet over him and open the door. They wheel in the cart and leave.

I open the wine and pour us each a glass. Take a few bites of food. He stands up and walks over to me grabbing me from behind pulling me into a embrace.

You’re beautiful you know that? I hate what events led up to us being here tonight but I’m glad you’re here, we’re here. I didn’t realize how much I missed being with you like this, free not holding anything back.

I couldn’t say anything. I just stared into his chocolate eyes and knew he was telling me the truth, not just saying what he thought I would want to hear. His vulnerability touched me and I felt my body heating all over.

I whispered, kiss me.

He grabs my waist and backs me into the nearest wall. Looking into my eyes he touches my chin pulling me into him, kissing me passionately, I felt his dick hardening against my belly. I run my nails up his arms till my hands encircled the back of his neck. He lifts me up so my legs straddle his waist and dips one finger inside finding me wet and waiting.

He lifts my dress off taking in my body before rolling a condom on and slowly entering me, pausing inch by inch till he feels me relax and welcome him in. I gasp at the initial entry, I can feel him stretching me, filling me, fitting so perfectly as my walls contract gripping him as he slides in.

He starts to build a rhythm moving in and out, bouncing me up and down on the wall. My body clinging to his in pleasure as his strokes felt like he was seeking refuge within me. He grabbed my breast and nibbled on my brown mound never missing a beat as he pulled out and in, using long slow strokes.

I couldn’t form words as I was caught in ecstasy I could only moan while I ran my tongue up the side of his neck. My heart raced as my entire body tightened around him.

Come for me baby, he moaned in my ear. He kept the slow long stroking rhythm I liked, pushing my body to the limits of pleasure, my orgasm building.

I’m coming baby, don’t stop. I feel his dick throbbing inside of me, getting harder. I cry out his name as I come and his hold tightens as he reaches his breaking point. I feel warm as my body goes limp against his. We collapse into the bed still holding on to each other.

Maybe we should’ve went to your place we’re kinda noisy, laughing I say.

He laughs. We can leave now because I don’t have any plans on stopping and I don’t want you to hold back.

I start thinking about the memories we would leave at his place, and I want to leave my mark in every room so that if tonight was all we had he’d never forget me.

Give me a minute for my legs to start working again and then we can leave.

Writing has always been my release thank you for reading my heART.

More stories from Nicole P. and writers in Filthy and other communities.