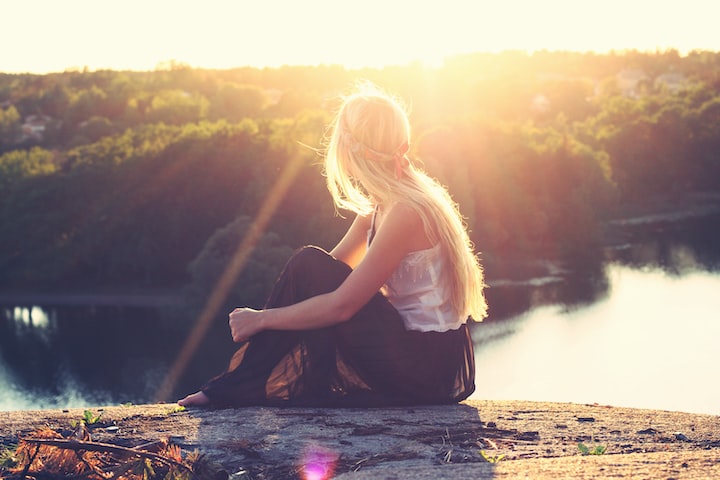 I’d picked up a trail name — Hopper — on the second day of my hike along the West Highland Way in Scotland. I was getting ready to leave the small campsite where I’d spent my first night, and I lost my balance as I tried to put my boot on. I’d hopped around for a bit, trying to pull it on, then tripped over my feet and fallen on my arse.

The girls had let out a gale of laughter, and from that point on they’d called me Hopper. I say ‘girls’, but they were all early twenties, like me. And they were all more experienced hikers than me. By the time I’d finished packing, they’d gone, powering out of the campsite and disappearing up the path.

The day was warm and sunny, and I made good time. The girls – The Hike Babes, according to their t-shirts — were always ahead of me. Even when they stopped to eat or check the sights, they were gone before I caught up. By the time I reached the campsite in the village of Balmaha, I was sweating buckets and footsore. They, by contrast, had pitched their tents, showered, and were enjoying a beer as I dumped my pack.

“Glad you could make it, Hopper,” they called. I waved and nodded, exhausted, and focused on getting my tent up and my gear sorted out. After a shower I felt much more alive, and I gratefully accepted an invitation to socialise. A couple of beers went down well at the end of a long day, and the Hike Babes were a lot of fun.

Day Three was more of the same. I’d got up extra early, determined to beat them to Rowardennan, but they still left before me and they were — again — on the beer before I’d pitched my tent.

“I brought more beer,” I said as I sauntered over to join them, plonking a pair of six-packs on the ground.

“Woo hoo!” cheered Red. We drank and ate pizza and chatted as we watched the sun dip below the hills. As dusk turned to night and the stars came out, we drew closer together and the conversation grew more lively.

“We’ve been talking about something,” said the one they called ‘ManEater’. I hadn’t been brave enough to ask how she’d got that name, but she was definitely the most confident of the four. She licked her lips and gave me a look that can only be described as ‘hungry’. “On the trail. Something we wanted to mention to you.”

“Ok, I’m listening,” I said, not without trepidation.

“Do you know why we do these hikes?” said ManEater. She went on before I could answer. “Partly it’s the adventure, the chance to see new stuff. But mostly,” she said, lowering her voice and leaning forward, “it’s the opportunity to engage in casual sex with attractive strangers.”

“That’s not something I’d thought of,” I admitted. “How’s it working out for you so far?”

“On this trip? Quiet so far, but things are looking up,” said Red cryptically.

“What my friend is trying to say without actually saying it,” said ManEater, “is that we think we’ve found a likely partner.” She looked meaningfully at me.

“Me?” I wasn’t sure whether to thank my lucky stars or run screaming for the hills.

I looked around and they all nodded eagerly. I cleared my throat.

“I’m beyond flattered, ladies, but I know my limits. Four would test the stamina of any athlete.”

They burst out laughing.

“The tents aren’t big enough for that,” said Straps.

“Might be fun to try, though,” said Mouse, the quietest of the four. She’d said almost nothing the entire evening, but now she watched me with hungry eyes. The others looked at her. “What? I’m just saying…”

“Setting that to one side,” said Straps firmly, “we thought maybe a round robin.”

“One each evening from here to Kinlochleven,” said ManEater, “with the last night off for good behaviour.”

“If we’re satisfied with performance,” said Red with a throaty growl. She was practically drooling.

I looked at each of them in turn. “You’re serious,” I said, hardly able to believe my luck. They nodded and I could feel my cock stirring. I downed my beer. “Then I accept.“

“Good. Then we should set out the rules,” said Red. She raised a finger. “One; we’re in control, we set the limits and you abide by them. Always. But you can use the safe word whenever you need to.”

I nodded. “Got it, no problem.” I hesitated, waiting for the second rule. “And the next rule?”

“Ok, cool. So, er, how do you want to proceed? It’s getting late, and if you want to make an early start tomorrow…”

“Someone has to take the first ride,” said ManEater. She looked at her companions. “Paper, scissors, rock? Or alphabetically?”

“We could play strip poker?” said Straps. “Winner takes all, as it were…”

That sounded like a lot of fun, but Red had a more practical solution.

“Let’s just draw,” she said, holding up four sticks. “Short goes first, the rest get to fuck their fingers.”

“Right, here goes,” said Straps. She leaned over and plucked a stick from Red’s hand.

“No fucking tonight for you,” said Red as Straps sighed and reached for another beer .

ManEater went next and drew another long stick. She looked so disappointed I almost wanted to reach out to comfort her. Mouse hovered her hand uncertainly over the two remaining sticks. I think she was almost relieved when she pulled a long stick and wouldn’t have to go first.

“Fuck, yes,” said Red, opening her hand to reveal a short stick. She put her hand on my knee. “Your place or mine?” she said in a throaty tone.

“My tent is small, but I have a blow-up mattress…” I offered.

Red stood up and held out her hand. “Your place it is, Hopper. Let’s go!”

And who was I to disobey a direct command?